Horses are sure-footed animals but that doesn’t mean they don’t sometimes get into trouble.

A 40-year-old horse named Buddy Bear fell into a septic tank in Belleview, Florida, and his owners quickly called 911 for help.

Marion County firefighters received the call around 6:30pm and rushed to rescue the senior horse. When they arrived on the scene, only Buddy Bear’s head was above the smelly sludge. The horse was 75% submerged in the septic tank and rescuers were unsure how deep the well was. 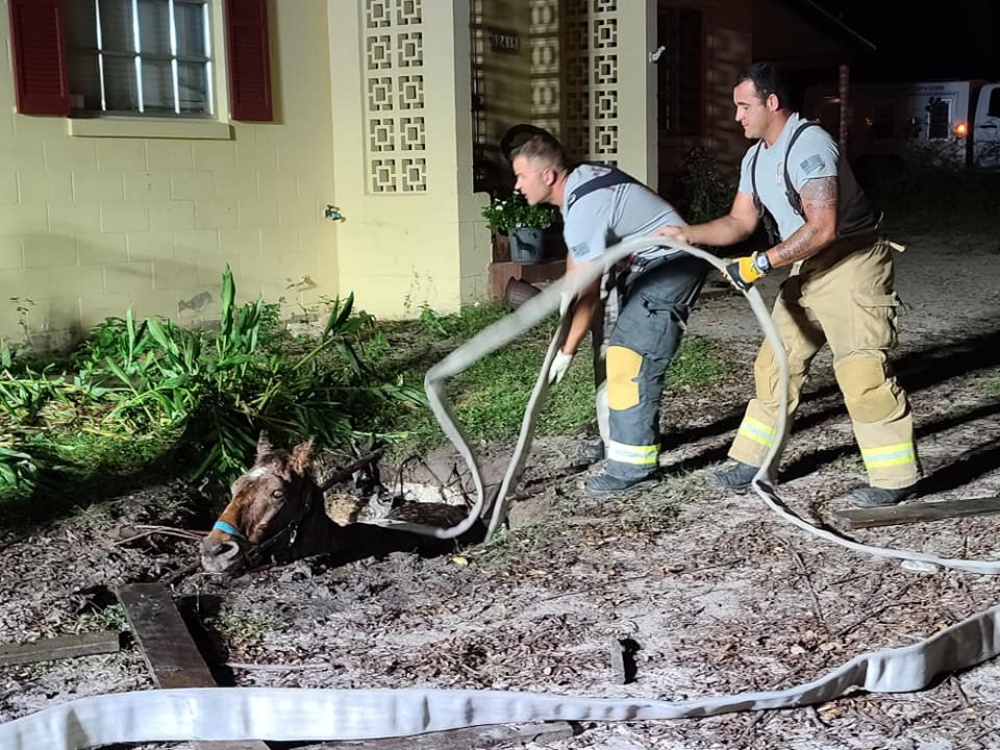 The rescue team knew they needed to work fast as the senior horse was exhausted and terrified. They kept his head above the muck and called Special Operations HAZMAT Heavy Rescue and Technical Rescue Teams to assist in the rescue. 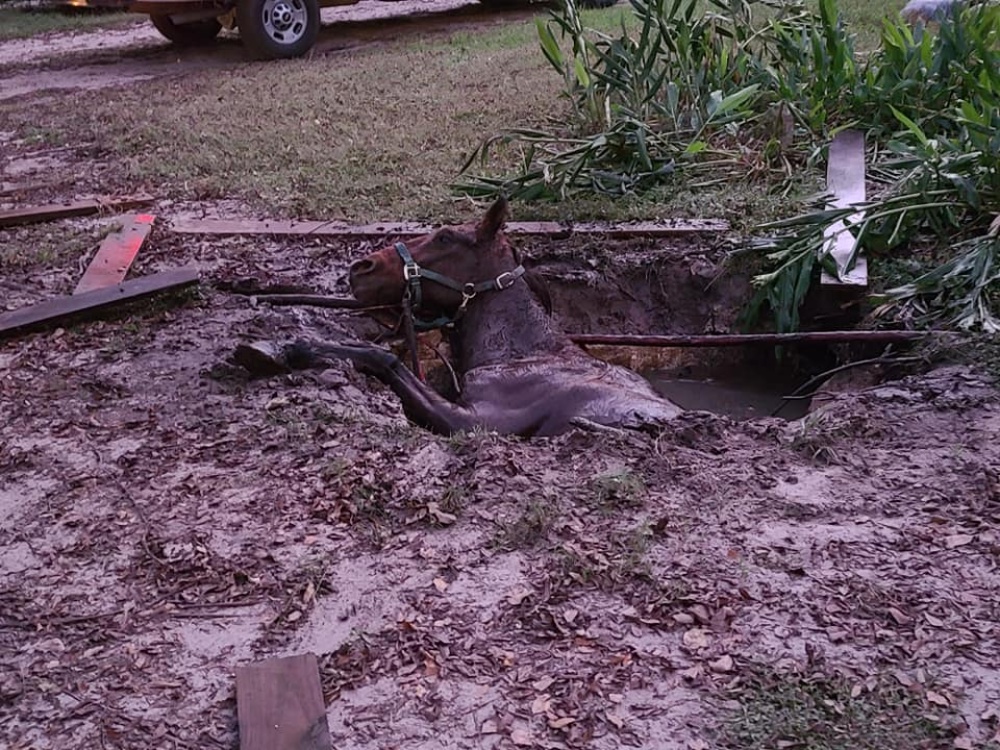 “Growing up in the horse industry, Engine 18’s Driver Engineer took command of the scene and directed rescue specialists to utilize fire hose as a box cinch to stabilize Buddy Bear. Tech Rescue Specialists completed the sling and supported the his back side with an additional section of hose. They were able to position Buddy Bear within the hole for the easiest extrication,” posted Marion County Fire Rescue. 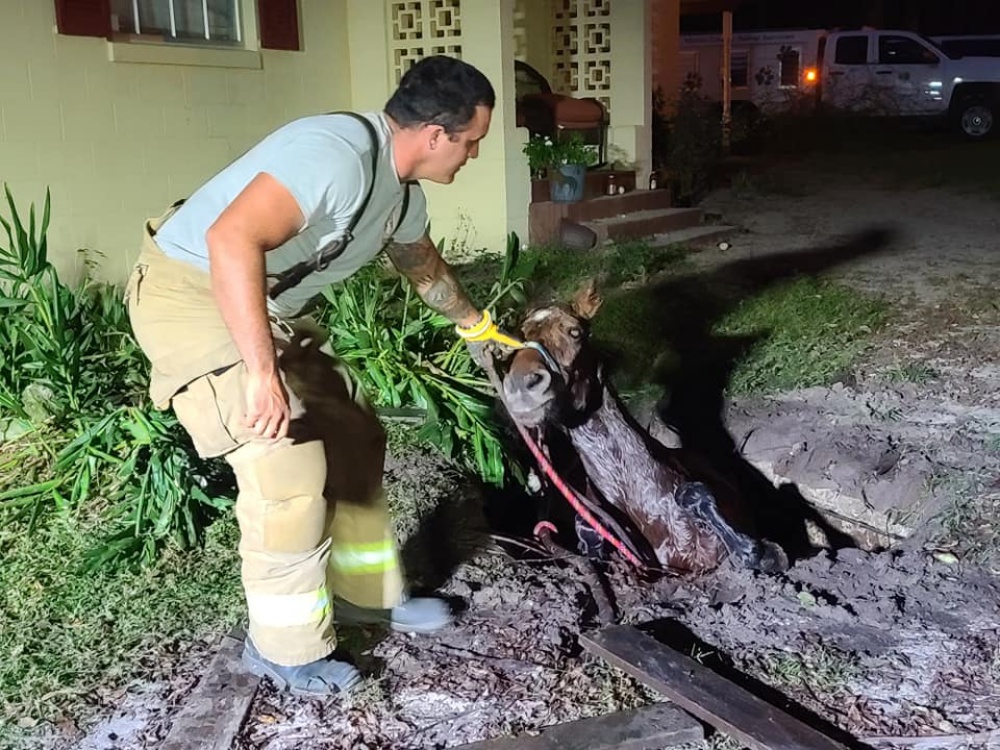 With the brute strength of four men and Buddy Bear using his remaining strength, he was freed from the septic tank. After resting on his side for a moment, Buddy Bear returned to his feet and was examined by his veterinarian. While he will need plenty of rest, the senior horse is doing well and sustained no major injuries, reported the fire department. 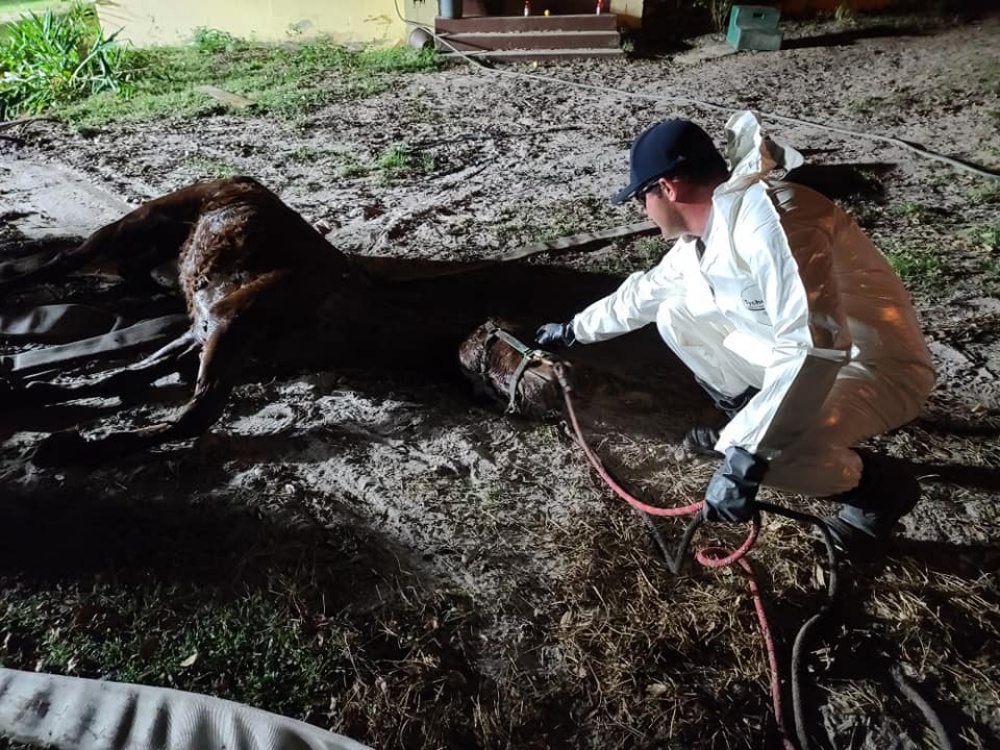 A photo of Buddy Bear alongside his rescuers was posted to the fire department’s Facebook page, where dozens of people thanked them for their life-saving work. 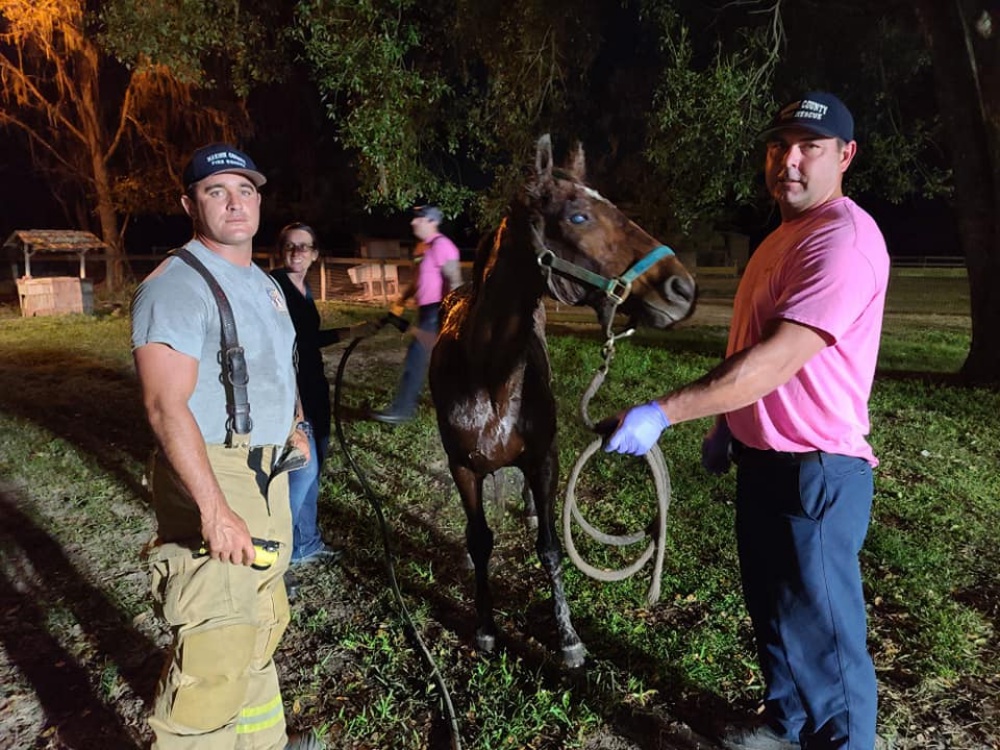 The lucky horse is well beyond the normal lifespan of a horse, which is 25-30 years, and thanks to local firefighters will live to see another day.