Firefighters in Honduras are working around-the-clock to rescue people and animals from rapid floodwaters after two Category 4 hurricanes made landfall in less than two weeks.

When disasters strike, firefighters respond by risking their lives to save others – including dogs. A video has gone viral of Honduras firefighters working together to cross rising floodwaters to rescue two stranded dachshunds.

One firefighter tied a rope around his waist as another held the other end. He carefully crossed the raging water to reach the frightened dogs. A video clip was posted with the caption, “Teamwork achieves great things.”

One by one the dogs were carried to safety and reunited with their family. 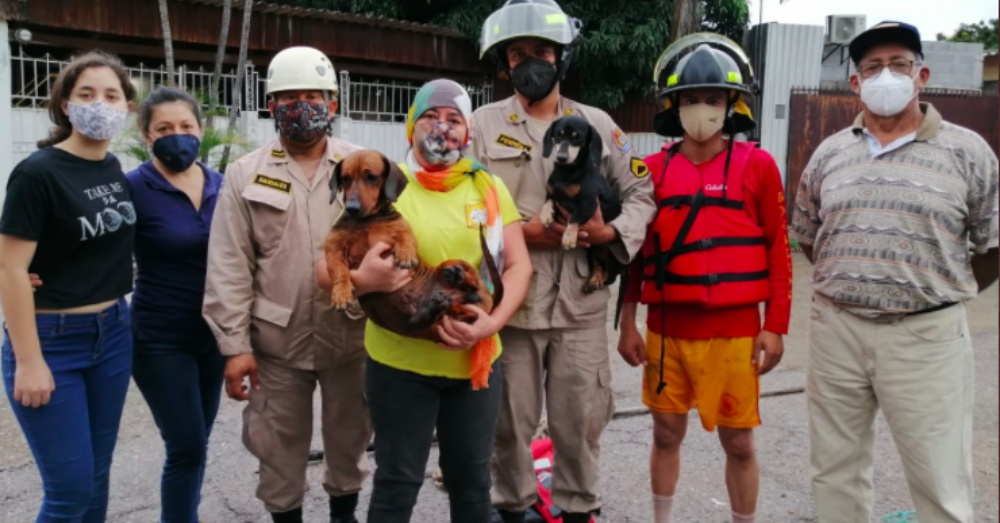 People thanked the heroes for their efforts with one writing, “The only true heroes.”

These dogs weren’t the only lucky pups to be rescued. The Heroic and Benevolent Fire Department of Honduras posted multiple videos and photos of dogs they’ve saved after the hurricanes.

“We continue to rescue those who have been left behind,” was the caption to a video of a firefighter carrying a large dog through a flooded street.

You can be a hero for shelter pets by shopping at The Animal Rescue Site, where every purchase feeds homeless dogs and cats.