Firefighters are always on call to help those in need, including animals. West Sussex firefighters received a call about a dog trapped under a bus and rushed to the rescue.

When crews from Chichester Fire Station and East Wittering Fire Station arrived at the scene, they found a black Labrador named Daisy trapped underneath the single decker bus. Daisy appeared to have been struck by the front of the bus and then rolled underneath, where she became trapped.

East Wittering Watch Commander Steve Pearce said, “The dog had run out in front of the bus, and hadn’t given the driver a chance to stop.” 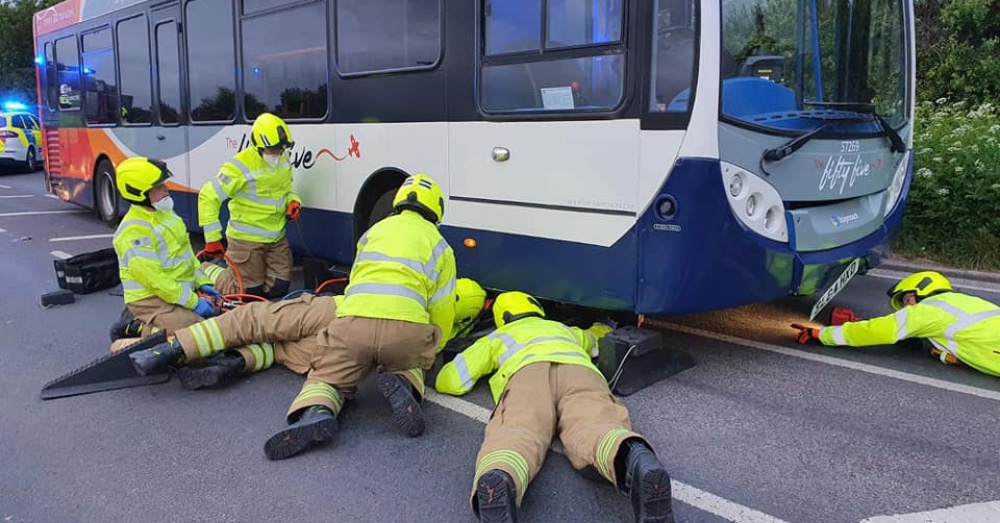 However, luck was on her side. The large dog was trapped under the low bus, but somehow avoided being run over by the wheels. Firefighters spotted Daisy and saw that her eyes were open but she wasn’t making any sounds. They knew they had to act fast to save her.

The crew used high pressure air bags to lift the front of the bus and safely remove Daisy. She was gently placed in the back of a police car that took her to the emergency vet. 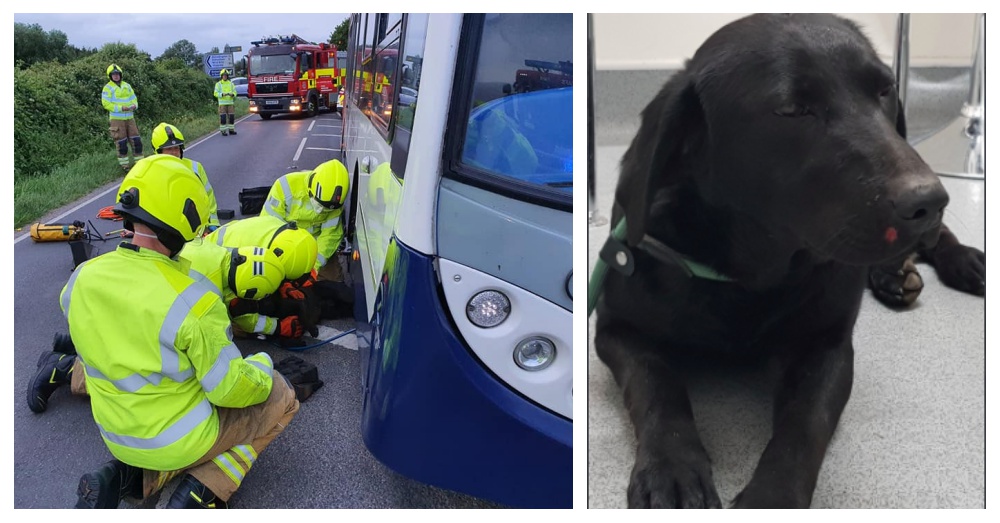 “She had a few nasty cuts and scratches and was clearly feeling rather battered after her ordeal. She had a blue light escort to the emergency vets thanks to our colleagues at Sussex Police who ensured she was well looked after. We later heard this morning that she is recovering well,” stated Pearce.

The firefighters were happy to help and said, “She had an incredibly lucky escape.”

People commended the crew on their life-saving rescue with one person writing, “Daisy 💕 this is the best news I’ve heard today! Great work to all involved in her rescue.”

We wish Daisy a speedy recovery and thank all the heroes involved in her rescue.