A beloved dog named Gertie had been missing for five days when a neighbor heard a noise coming from behind the concrete wall in the garage.

They phoned the Cincinnati Fire Department for help.

Missing dog signs were posted all around town for the white terrier mix.

But Gertie managed to get herself in a tight spot, literally.

She somehow managed to wedge herself behind a concrete wall of a neighbor’s garage. The only way to get her out was with a sledgehammer. 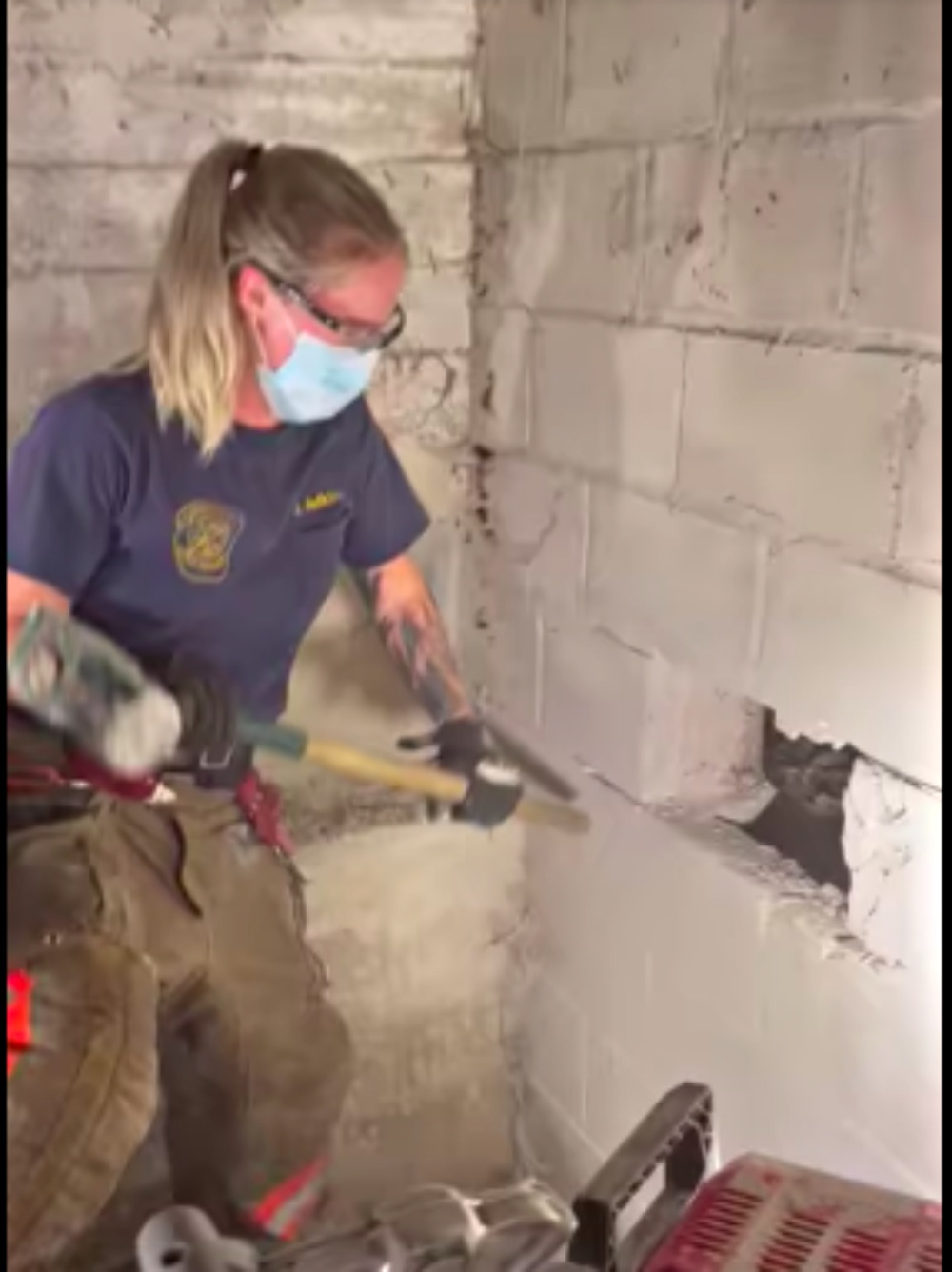 Firefighter Jenny Adkins arrived with the necessary tool and after some heavy lifting freed Gertie. She coaxed the sweet pup out of the hole and carried her over to her owner.

The dog started to wag her tail as soon as she saw her mom, who was elated that she was alive and well. 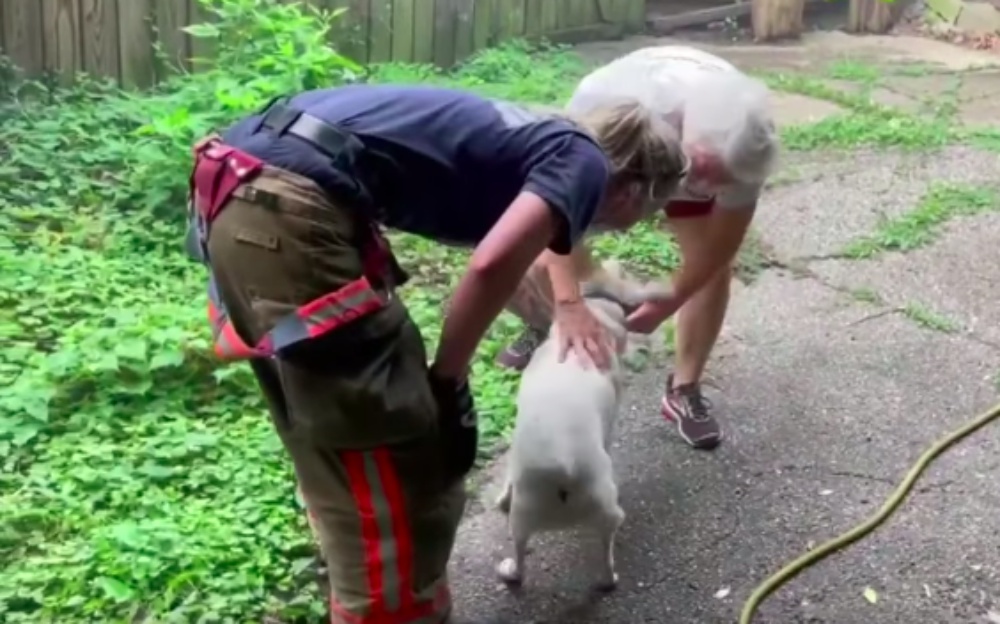 The rescue video has gone viral on Facebook. The caption to the video reads, “This run ended in a happy reunion and a job well done by Truck 20!”

But the question everyone is asking is “how did Gertie get behind the wall?”

While no one is certain, Adkins wrote, “We think she fell through a crevice in the attic somehow, though we couldn’t find one with the initial search. So we delivered to just go through the wall. Luckily it was the exact level she was at and no one had to crawl in or pull her up and out.”

Dozens of people thanked the firefighters for responding to the call and hailed Adkins a hero. One person was shocked by the size of the dog and said, “Wow! Much bigger dog than I expected. Great Job!” Another commented, “Outstanding rescue by true heroes.”

Check out the amazing rescue in the video below and don’t forget to share!