Monday morning a wildfire ignited near the city of Irvine, California, and quickly spread due to strong Santa Ana winds. Over 70,000 people were ordered to evacuate as firefighters battled the encroaching flames and built containment lines.

The Silverado Fire has already burned more than 13,000 acres and while no structures have been destroyed, the same cannot be said for wildlife. 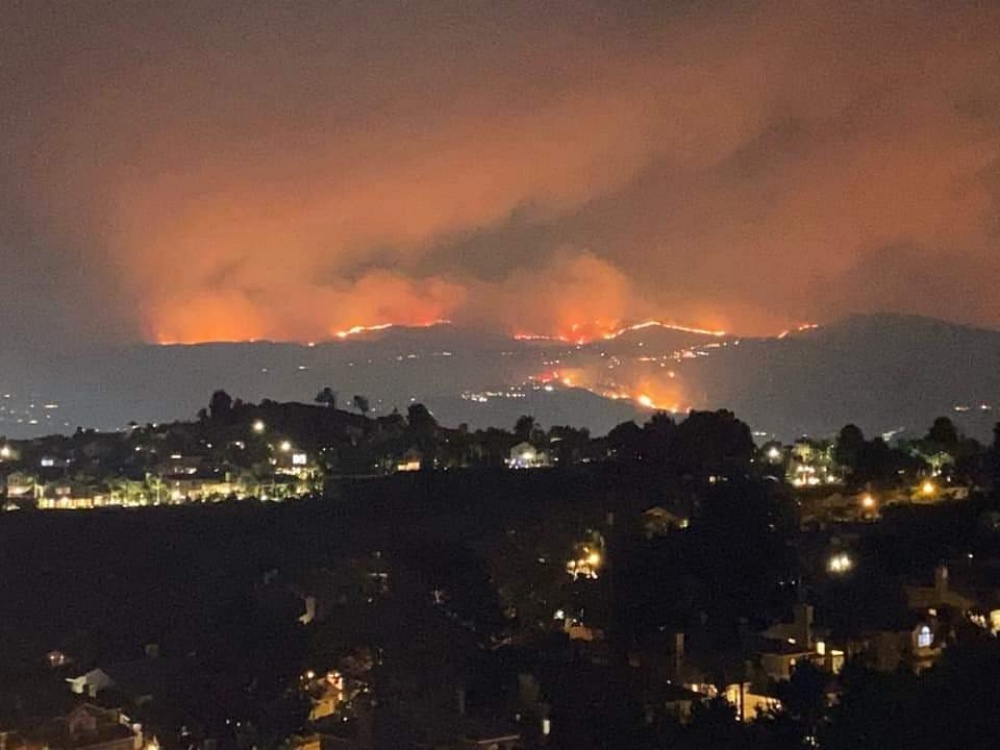 Orange County Fire Authority firefighters discovered an injured barn owl while they were fighting the intense flames and immediately wrapped it in one of their jackets.

The department posted a video of the rescue with the caption, “Earlier this evening one of our crews on a brush rig rescued a barn owl from the flames of the #SilveradoFire. He’s safe and sound and currently with animal control.”

Earlier this evening one of our crews on a brush rig rescued a barn owl from the flames of the #SilveradoFire. He’s safe and sound and currently with animal control. pic.twitter.com/L7VycEx3qd

Animal control arrived and brought the owl to Serrano Animal and Bird Hospital to be treated. “This is our first victim of the Silverado Canyon Fires. After an exam by our doctors, it was determined that most of his injuries are burned feathers. We are not sure how bad his smoke inhalation damage is,” wrote the veterinary hospital. 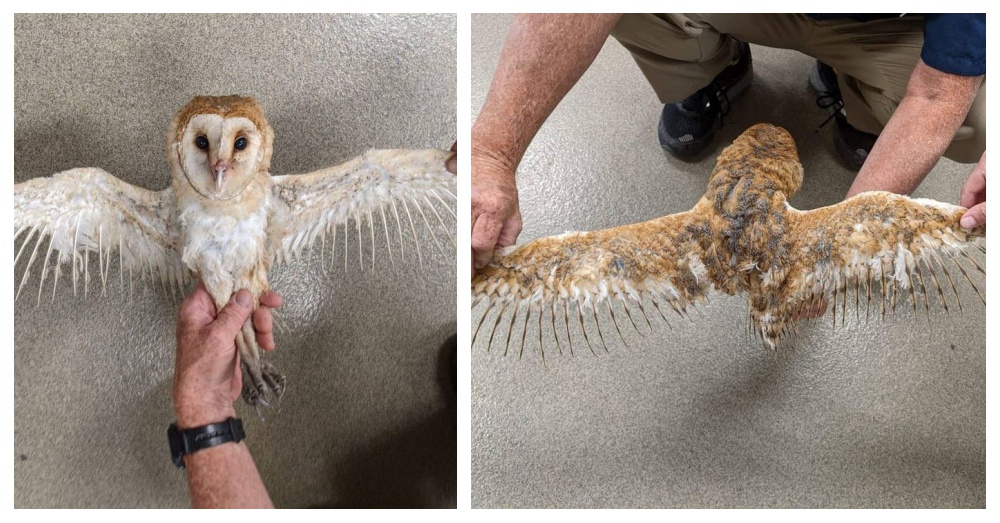 The owl is expected to make a full recovery, but will need to remain at the hospital for several months until he molts new feathers. He will then be released back into the wild.

In the meantime, he is showing off his “attitude” to staff members. They posted an update saying he’s receiving pain meds and eating well, and is “Definitely feeling better!”

A big thanks to the firefighters who risk their lives to save people and animals. You’re real life heroes!