Heroic Firefighter Rescues Drowning Pup, Then Sets Up Emotional Reunion With His Owner

A Passerby saw an elderly dog that was drowning in Biscayne Bay in Miami, Florida, all by himself, and immediately called the Miami Beach Fire Department.

Emilio Sanchez, a rookie firefighter, quickly arrived at the scene. He stripped his clothes and jumped into the water to try and save the 12-year-old dog as fast as possible. 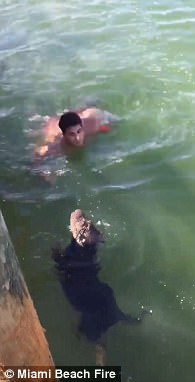 The tired Chinese Shar Pei Rottweiler mix, named Junior, was struggling to stay afloat. Sanchez swam toward him and wrapped his arms around him, holding him up out of the water. 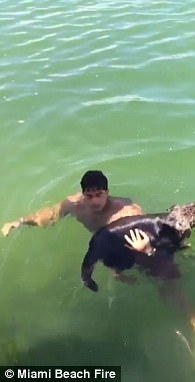 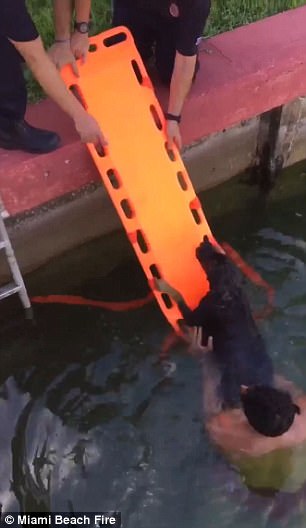 The dog was visibly relieved to be back on land and was finally able to catch his breath. If it weren’t for Sanchez and his fellow firefighters, this senior dog would have drowned. 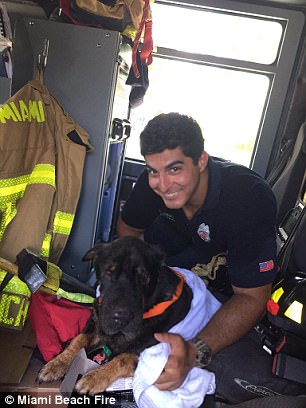 At City Hall, about 30 minutes later, Junior was happily reunited with his owner, Jose Ruiz, who was so relieved to have him back safe and alive. Ruiz walked toward his beloved furbaby and emotionally asked firefighters if he was OK. 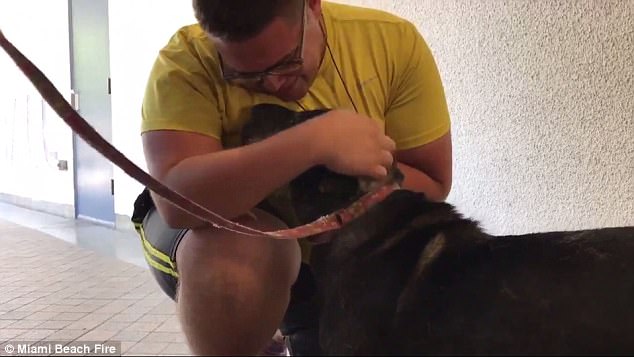 “What a baby. He is family. He is my baby. I consider him my son,” Ruiz told 7 News Miami.

What was a very scary situation thankfully had a happy ending. Watch both the daring rescue and the heartwarming reunion in the video below: