Firefighter Ryan Coleman regularly puts his life on the line to protect people and pets from dangerous fires. As he raced to extinguish one particularly deadly wildfire, a grateful local wasn’t shy about getting up close to say ‘thanks.’

Colman was just going about his job when a gray cat suddenly emerged from the ashes. He tried to get on with his work, but the understandably frightened feline was clearly in need of some human attention. 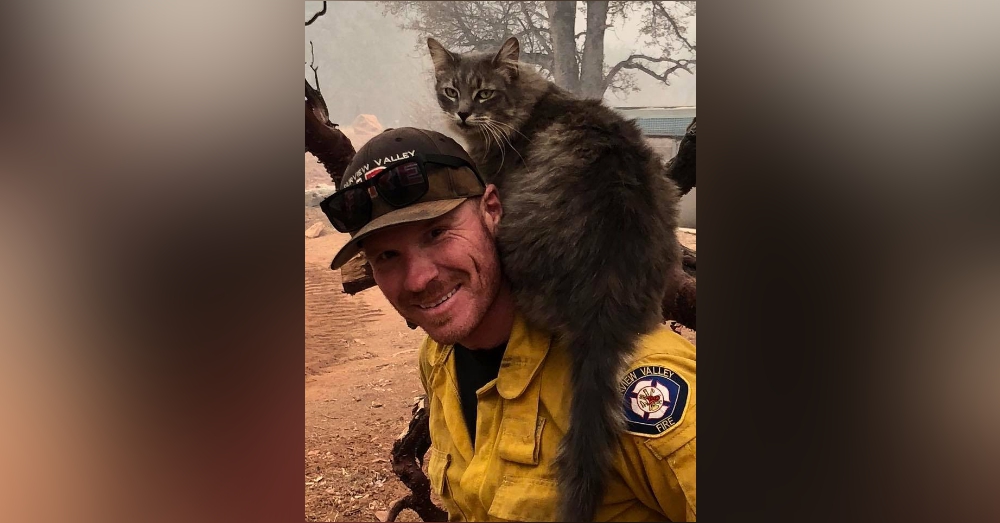 After it became clear the feline wasn’t going to leave, Colman hoisted the cat up on his shoulder, where s/he happily sat for the rest of the day while he worked. Its anyone’s guess the last time this cat saw his or her family — or what else it’s been through. 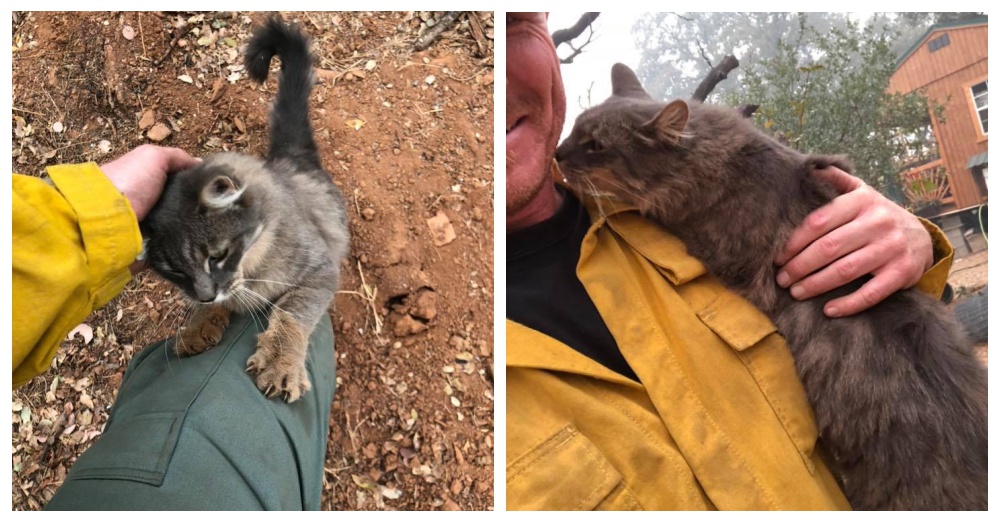 Meanwhile, this heartwarming video, which you can watch below, has understandably caused the Internet to basically break in two. Thank you, Captain Coleman, for all of your brave rescue efforts!