Firefighters receive many calls for help aside from fires, like the one firefighters in DeKalb County, Georgia received about a stranded puppy.

DeKalb Company 24 was contacted by Animal Control when they were unable to reach a black and white puppy stranded on a bank of a nearby pond. The team, including firefighter Patrick Harrison, rushed to rescue the adorable puppy. 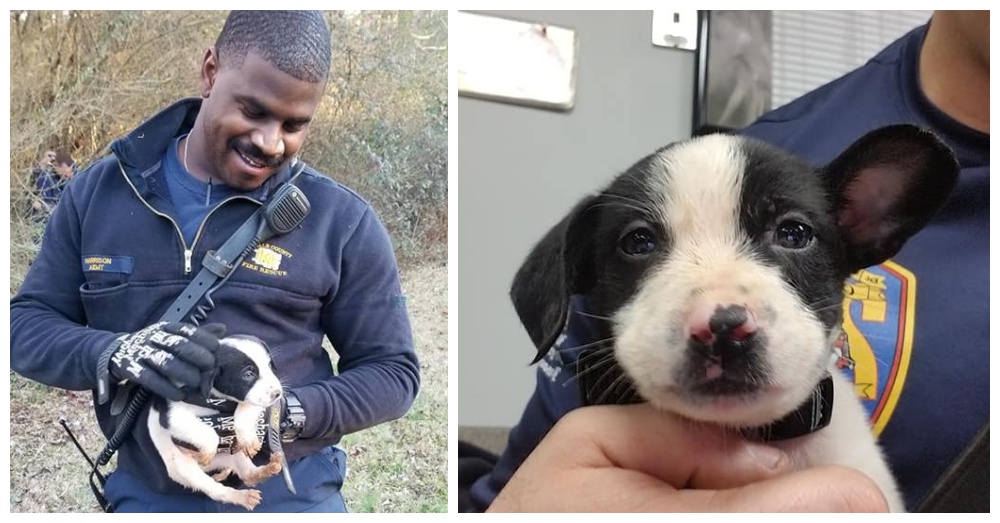 After the puppy was safe, Animal Control informed the firefighters that the dog was a stray and would be brought to the local shelter. However, Patrick stepped forward and offered to give the little guy a forever home.

His department was thrilled and congratulated him with a post on Facebook, “Our very own Patrick Harrison stepped up and offered to take him in. Congrats Patrick on your new pup, and great job stepping up. He’s always welcome around the station. Here’s a few pics of Company 24s new best friend.” 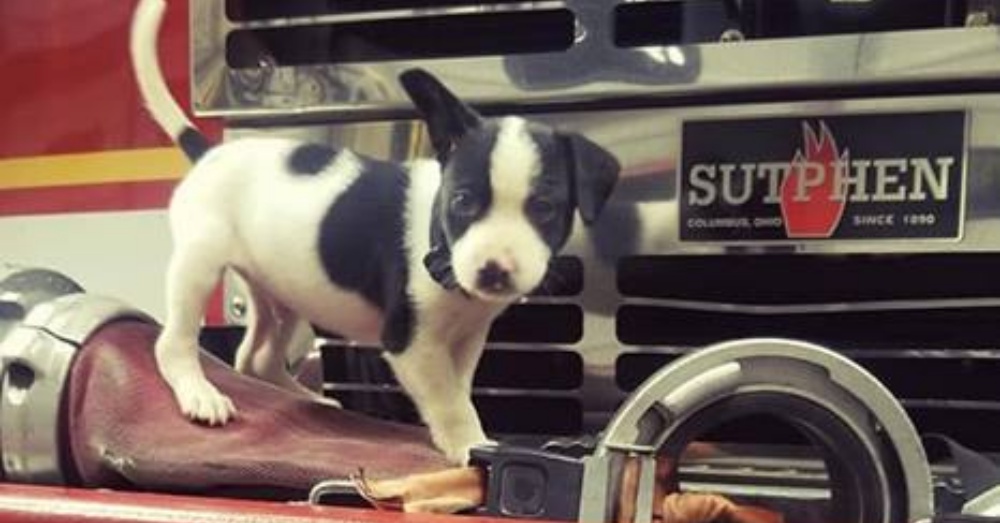 The new pup is adjusting well to life around the fire station. One image shared on Facebook, shows the dog walking across the front of a fire truck. Many of the department’s followers praised Patrick for adopting and wished them all the best.

Man Stopped At Border With Kittens Stuffed In Crotch: Click “Next” below!