Piper, an adorable 2-1/2-year-old Dalmatian, was surrendered by her owner to North Baldwin Animal Shelter in Bay Minette. They told Beverly Poiroux, the assistant director, “wanted to make sure Piper went to a good home.” Little did they know, Piper would not spend a single night at the shelter.

The shelter took to Facebook to post a picture of the sweet pup that was up for adoption. They posted, “I am too CUTE! Call to find out more about me 251 937 8811.” Zach Mosley’s mother saw the post and immediately send the link to her son. It was love at first sight. As soon as Zach saw the picture, he knew that Piper was the dog for him. 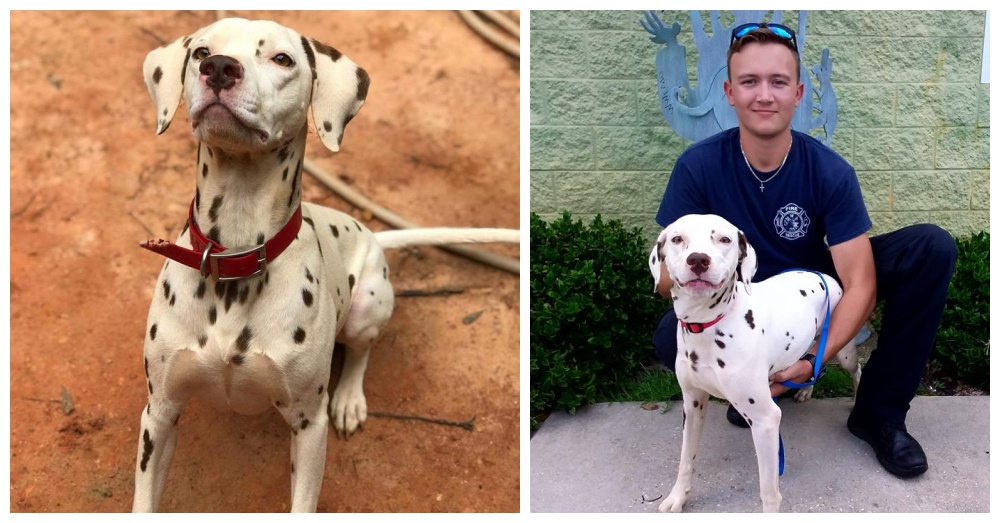 He immediately contacted the shelter and filled out an application to adopt her. For the past five years, Zach has been a firefighter with Livingston Fire and Rescue and a volunteer with the Lusk Volunteer Fire Department. He tells Alabama Living, that he always “thought it would be cool” to own a Dalmatian.

Once his application was approved, he drove over two hours to the shelter to meet Piper. Beverly thought when Piper came in that it would be neat if a firefighter adopted her. The adorable dog was not at the shelter long. “She came in at 7:30 a.m. and went home at 1 p.m. that day,” Beverly says. “It’s always great when we find good homes so fast.” 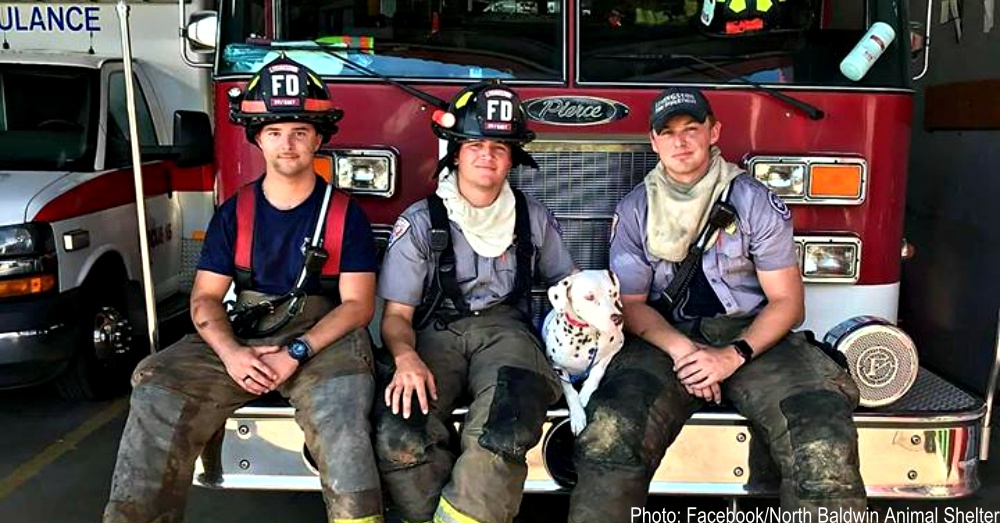 To celebrate the adoption of Piper, Beverly took a photo of her and Zach. The photo shows how perfect they are for each other, both were smiling the same way. He posted to the picture, “Piper and I are gonna make a great team!” Zach returned to work the next day with Piper. What fire station is complete without a Dalmatian?! 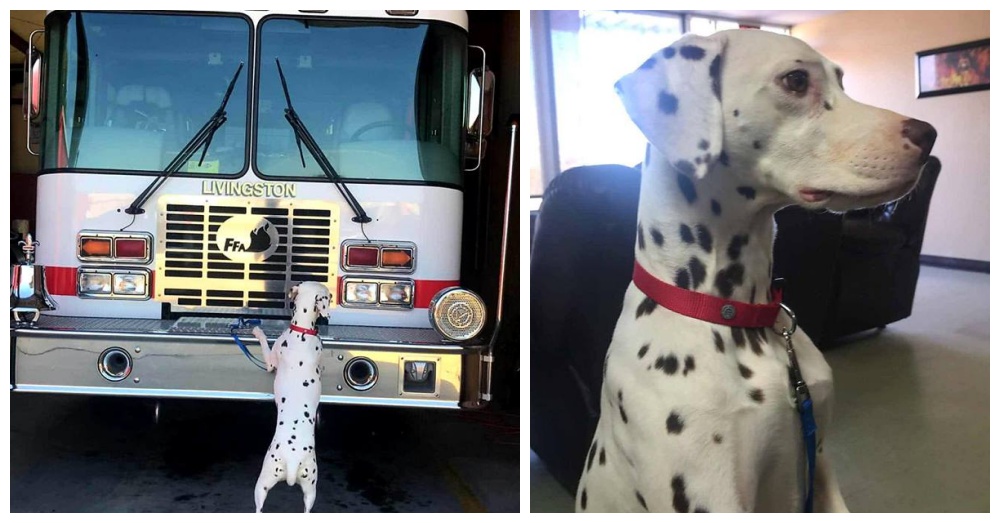 At first, Piper was nervous but quickly warmed up to her new surroundings, “after lunch time, she was walking around that place like she owned it.” Everyone fell in love with the sweet dog and demands she comes to work with Zach everyday.

Puppy Found In Handbag With Front Legs Tied Together On Door Handle Of Charity Shop: Click “Next” below!