She Was Rescued From Deplorable Conditions. Now, She’s Returning The Favor In An INCREDIBLE Way!

This adorable little cow, named Fiona, arrived at Australia’s Farm Animal Rescue when she was just four weeks old and in terrible shape. Up to 40 percent of her body was burned from soaking in her own urine, which caused her to lose large patches of fur. 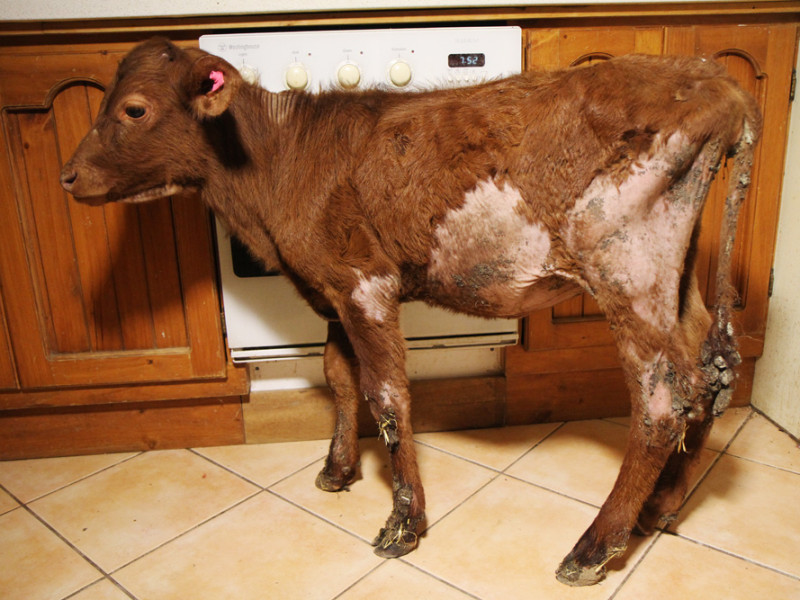 It was obvious that Fiona had been kept in a dirty crate filled with her own urine and feces. This is a common lie for dairy cows, where the primary concern is removing babies from their mothers as soon as possible so that humans can have her milk. 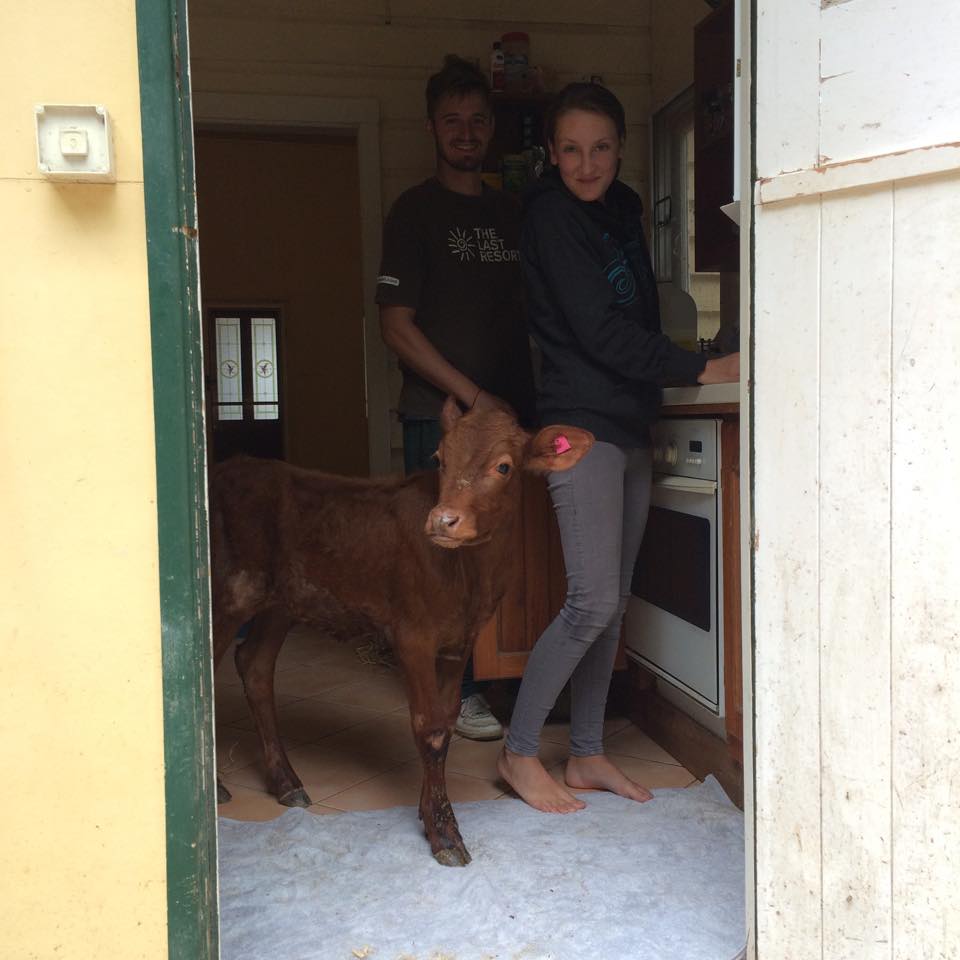 Because she was kept in such a small space, her legs didn’t develop properly and she didn’t have much muscle. In addition, she was very scared of humans. But she never gave up on life. Despite her horrible beginning to life, she was very smart and playful. 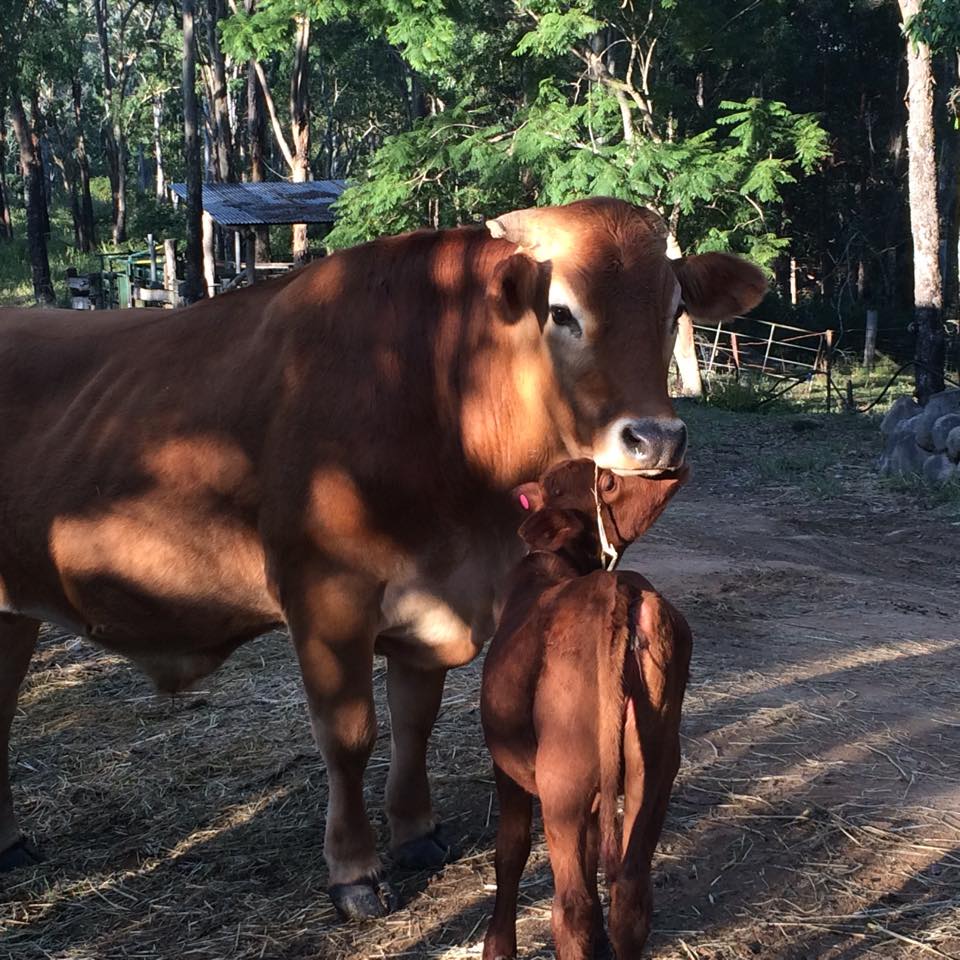 They gave her antibiotics and 24-hour care and she took her first few steps of freedom in a warm home where she received so much love from the rescue’s volunteer staff. In no time, she was already warming up to humans and making an amazing transformation! Her fur started to grow back, and she mingled with other cows at the rescue. 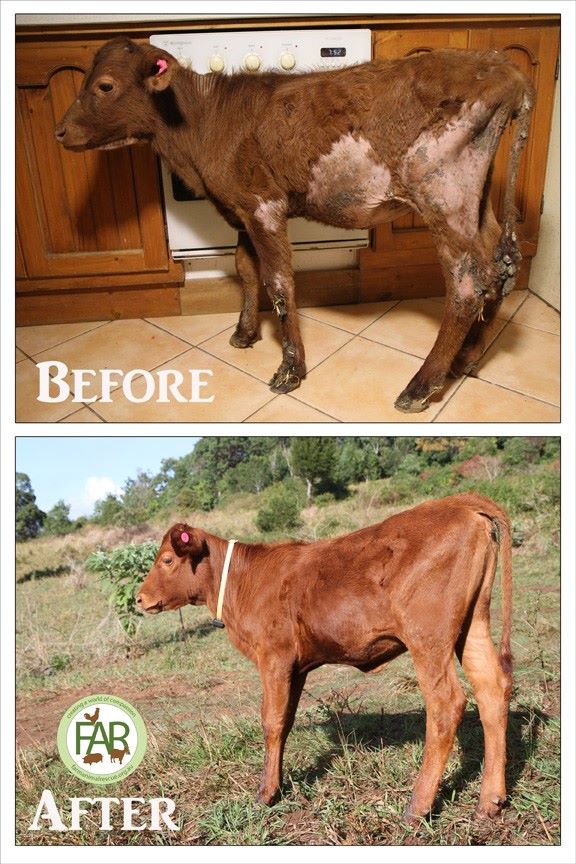 Today, Fiona is all grown up and is now a surrogate mother to younger calves in need! She is a great mom and has been returning the favor of all the care she’s gotten over the years! 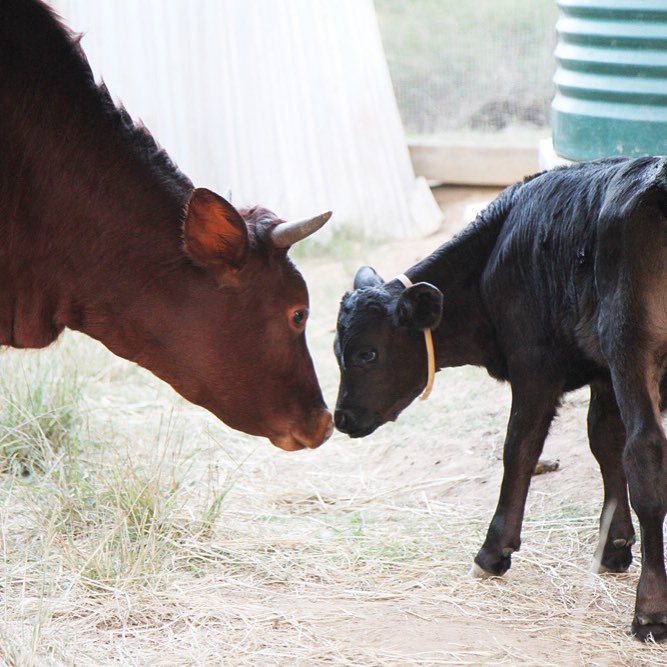