When Finn the Dachshund was only a few months old, he had a rubber pig squeaky toy that was his absolute favorite.

But since it was only made of a very thin rubber, Finn ripped it apart and destroyed it. His owners kept buying him new ones, but the same thing kept happening. 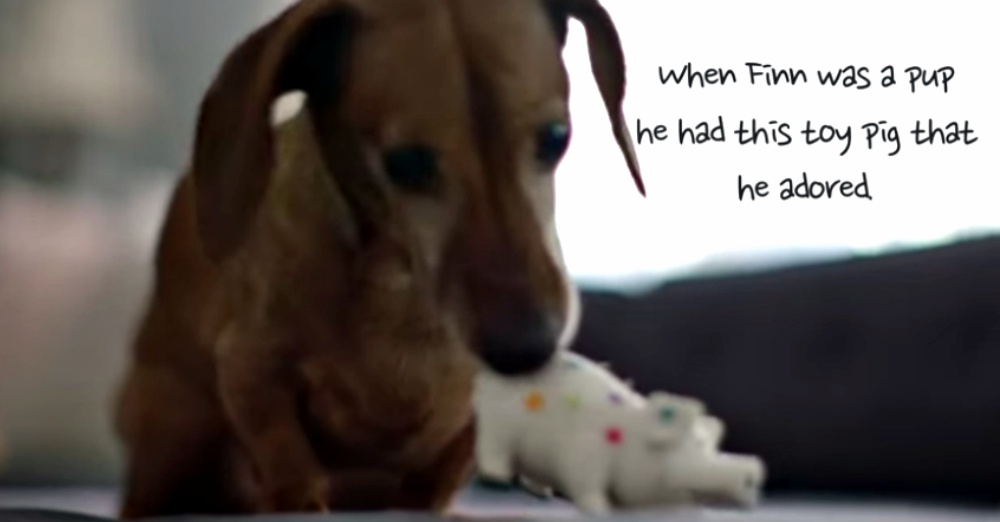 That’s when they upgraded to more durable toys. But they were never the same for Finn. He missed his squeaky pig more than anything. That was very obvious when his owners decided to give him the same kind of rubber pig from his puppyhood. 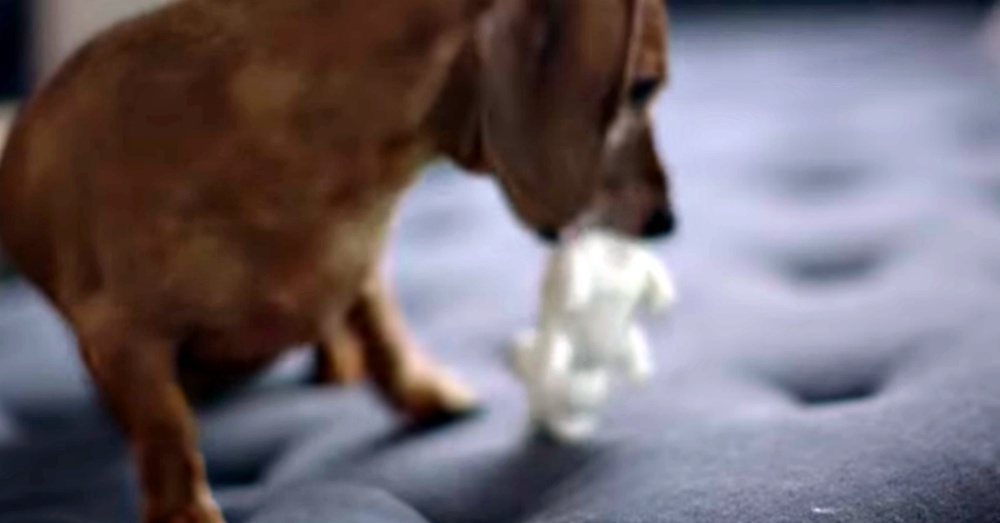 Finn reunited with his favorite toy for the first time in five years, and he was overjoyed. He made a series of adorable noises as he played with his old friend. Maybe now that he is older, he will be more gentle with his piggy! Watch how cute their reunion is in the video below:

Finn Seems to be pleased with his toy, but if you ever find your pet wanting for more, here are a few fun DIY dog toys you can make on the fly, care of Care.com:

#DogSpeak I love doing backyard agility with my Mom! It’s a great activity for me! Dogs are active animals! They need to keep active to be healthy, but have you ever wanted to track your dogs activity level to make sure they are moving around enough during the day? Maybe they need an extra walk, or some more play time in the yard! The @LinkAKC collar can help you keep track of your dogs activity! It can tell you when you dog has had levels of moderate or high activity. You can set goals everyday for your dog and help them reach those goals! Not only is this great for your dog, it’s a great way for you to get active as well! The activity tracking is just one of the many features of the #LinkAKC collar! It also has GPS tracking capabilities, and temperature monitoring as well! Want to get your own LinkAKC Collar? Check our the link in our bio to get one for your pets! #Sponsored ________________________ #GonetotheSnowDogs #GTTSD #SiberianHusky #husky #snowdog #huskies #instadog #huskyofinstagram #huskiesofinstagram #dog #huskylove #huskygram #huskypics #itsahuskything #huskyphotography #dogsofinstagram #happydog