Woman Dumps Dog At Shelter Overnight, Then Takes A Selfie While Holding Up Her Middle Finger

A woman in New South Wales, Australia, recently shared a photo of herself holding up her middle finger to a dog she dropped off at a rescue shelter in the middle of the night. Not surprisingly, it’s generated hundreds of comments. On Reddit alone, where Reddit user u/thecharliezard posted it to the r/trashy feed, the image has attracted over 800 comments and counting.

According to u/thecharliezard, “The pound posted these photos a couple hours ago to try to find the original owner if it’s not this lady. Already several people have offered to adopt this dog if the owner isn’t found, so he is safe!” 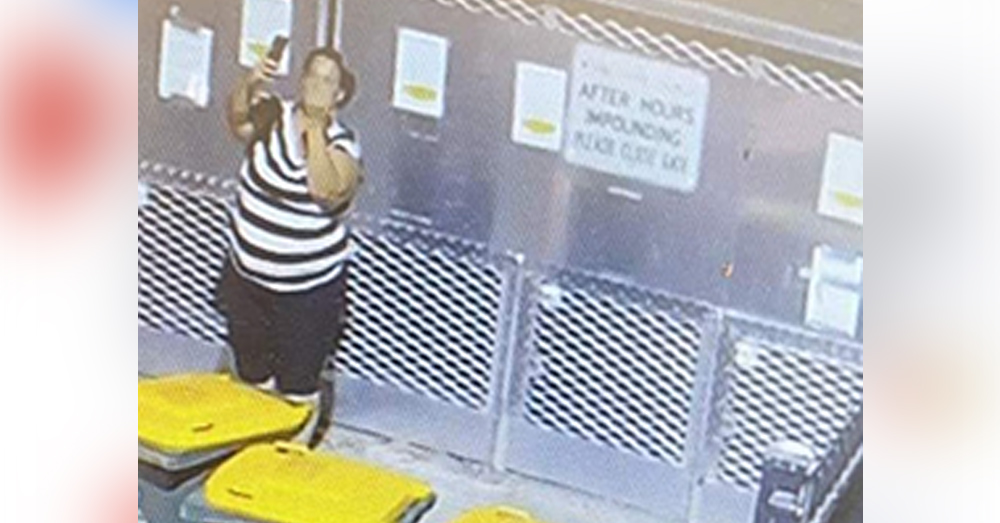 Source: Reddit/u/charliezard
This woman dropped the dog off at a shelter over night.

The woman dropped the dog off in one of the shelter’s overnight cages, “designed so people could drop off lost dogs they found but couldn’t keep overnight,” u/thecharliezard wrote. “Unfortunately people like this woman take advantage of it as a free way to dump their dog.” 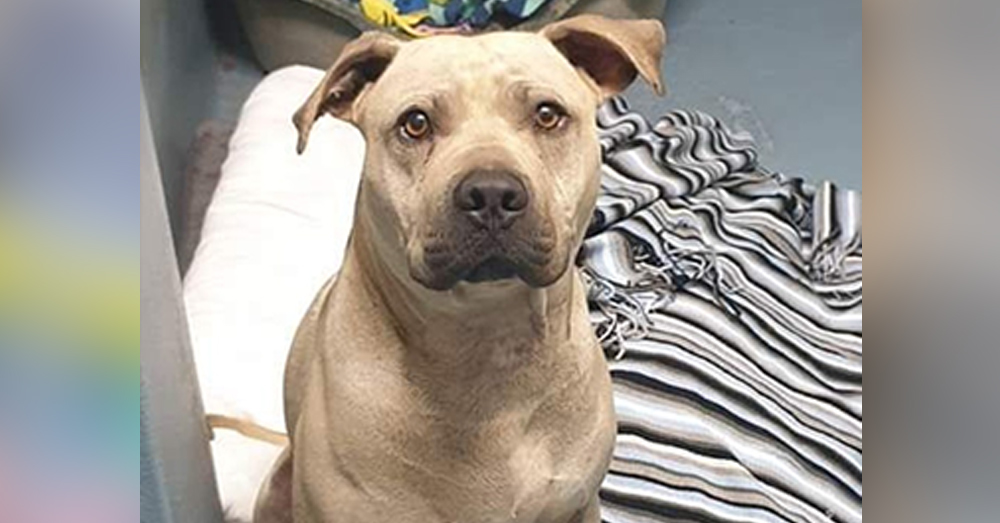 Source: Reddit/u/charliezard
The owner left the dog with his sister while he was out of town.

A few minutes later, the Redditor added an update, indicating that the real owner made contact with the shelter, having left his dog with his sister while he was out of town.

The woman in the picture was identified as the owner’s sister through a text exchange. There is no indication that she will be charged with a crime, though as u/k1k11983 wrote: “This is in Australia and it’s not considered theft. Under the Companion Animals Act, it’s illegal to not surrender a found animal. You’re given 72 hours to take to the pound. So many people keep found pets and they don’t get caught until years later, all they get is a fine. It’s not classified as theft unless they took it from the owners residence.” 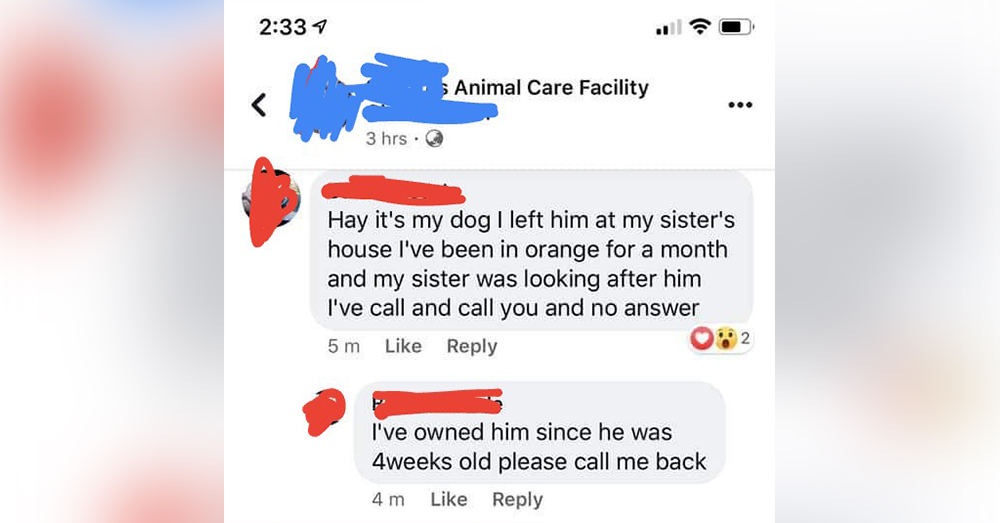 While many of the comments on the post condemned the woman for a seemingly heartless act, at least one recognized the shelter and praised its staff.

“This is my local shelter and it’s really bizarre to see it here on Reddit. I’ll just add that all the workers and volunteers there are so wonderful and it is a no kill shelter,” wrote u/GammaAlanna.

Teen Discovered Long-Lost Cat At Shelter While Volunteering: Click “Next” below!