Senior Collie Lucky To Be Alive After FedEx Hit-And-Run

A 13-year-old Border Collie is licking his wounds in Texas, after learning the hard way that humans don’t always do the right thing.

At first, Milo’s owner, Susan Jenkins, wasn’t sure what had happened to her spunky senior, who still loved chasing delivery trucks down their long driveway, despite his advancing years. But now Milo was whimpering, bleeding, and limping. “He was shaking and acting like he was in a lot of pain,” Jenkins told WFAA. “We didn’t know if he was going to be all right, because he wasn’t walking and didn’t seem like the same dog at all.” 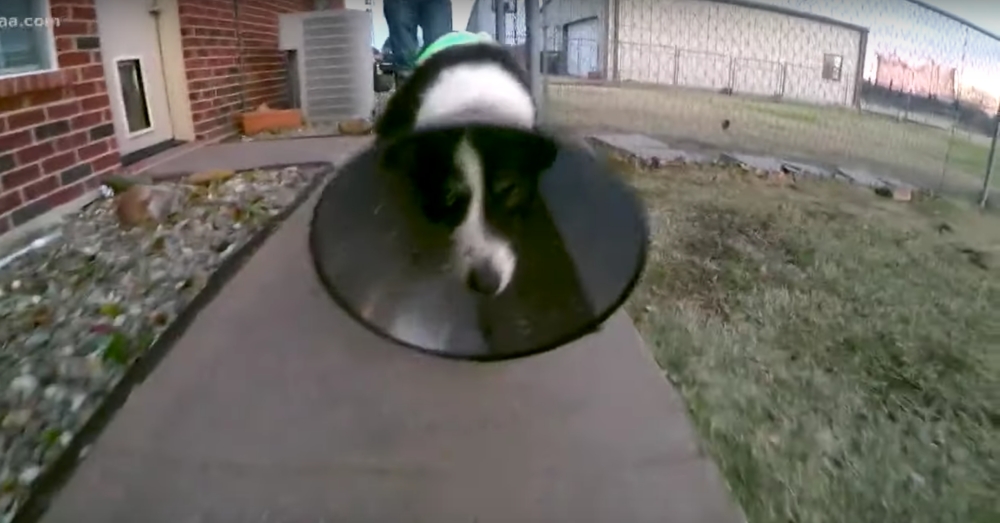 But when Jenkins rushed the dog to the vet, the doctor offered an even grimmer prognosis. Milo’s wounds cut down through his muscles and tendons, part of his tail was severed to the bone, and severe road rash left the dog with a softball-sized mass of dead tissue in his abdomen.

“It’s been really hurtful to see him go through all of this and a lot of disbelief,” Jenkins said. But it wasn’t until she checked the security camera, which overlooks the driveway and front yard, that Jenkin’s pain gave way to incredulity and anger. 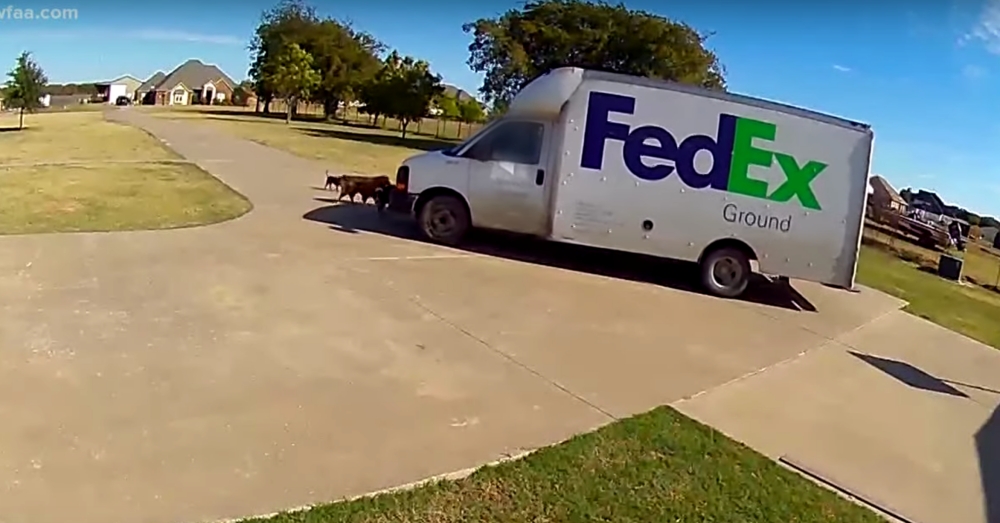 The footage captured Milo playing with his canine brother outside, when a Fed Ex delivery truck turned down their long driveway. This seemed very exciting for the dogs, who crowded around the vehicle. But when the driver attempted to turn around, the security camera captures Milo getting pulled underneath the truck, causing Milo to yelp in pain.

“At that point, she hits Milo,” Jenkins reported. “You can hear him yelp in the video and then he gets up and walks off.”

Hearing the dog cry out in pain, the driver gets out to inspect the damage – to the truck. She cruelly ignores both of the dogs, even though one of the animals was obviously hurt. By now, Milo was clearly limping, and the skirmish left a 43-inch bloody skid mark on the driveway. Even so, the driver quickly drops the package in the yard and drives off.

Accidents happen, but Milo’s owner is stunned the driver didn’t bother to leave her a note or even ring the doorbell. 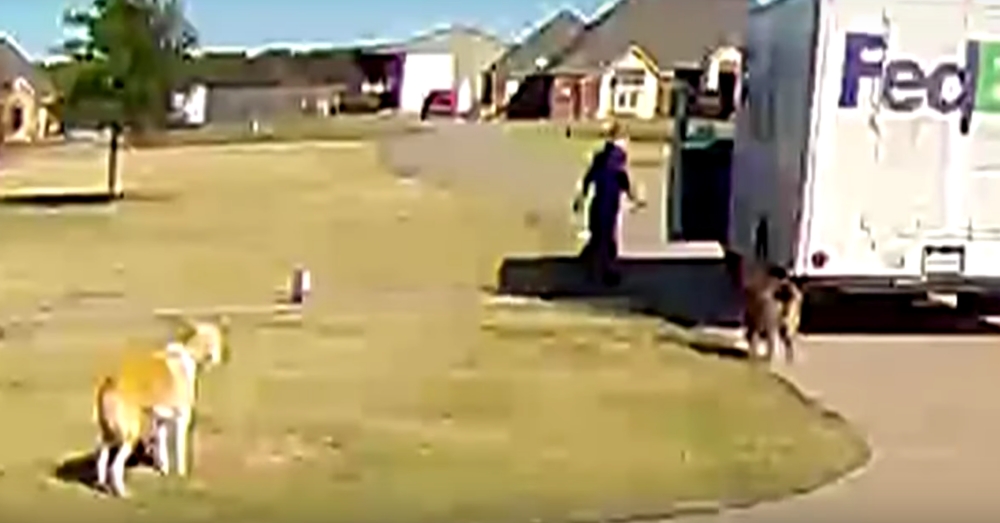 “I think most people with common sense or decency would have stopped and tried to at least knock or say, ‘Hey I don’t know for sure if there is a problem but I may have hit one of your dogs,'” Jenkins told the station. 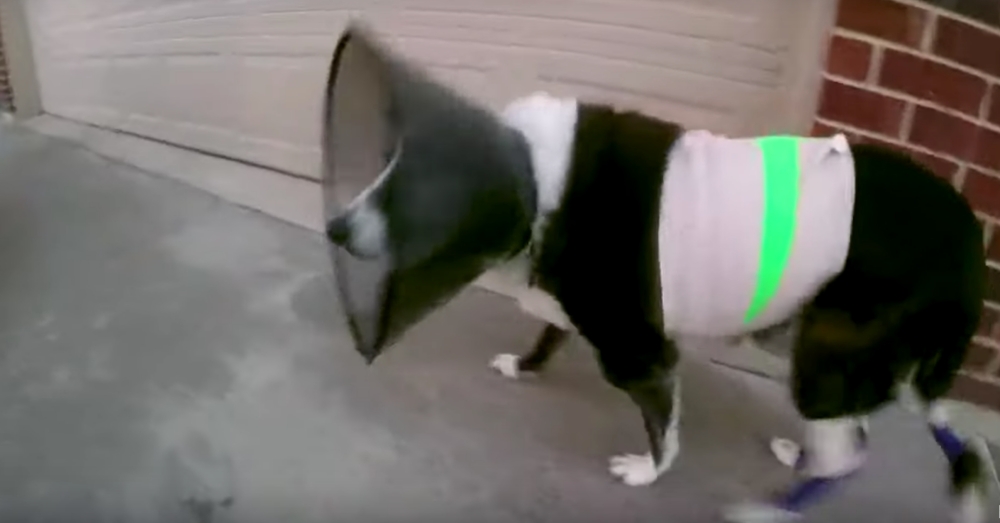 FedEx agreed to pay for Milo’s veterinary bills after watching the security video, but refused to say whether or not the driver has been disciplined or fired. This leaves Jenkins fearful she might mistreat other animals — or even come back to their house.

“We just want to know if she’s been removed from this route,” the dog mom worried. “She could show up at our house tomorrow.” 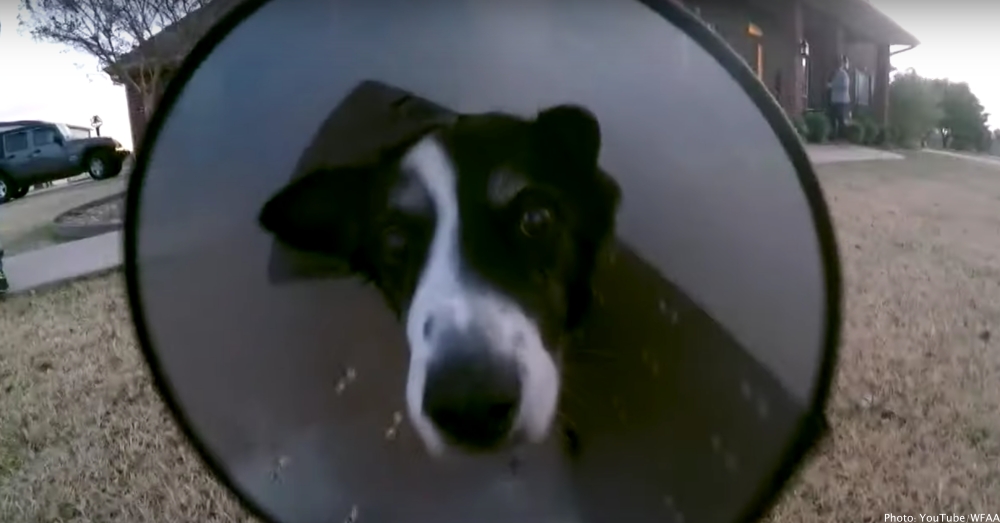 Of course, Jenkin’s biggest concern is for Milo’s welfare, although the 13-year-old dog is fortunately expected to make a full recovery. “When I adopted Milo I walked in and saw him asleep with his siblings, and I knew I had to have him at four months old,” she said. “He’s just been a good dog for a long time. It’s been devastating seeing something you care about so much in so much pain.”

Find out more about this infuriating case in the video below!