They Almost Put Her Down Because Of Her Injuries, But Her Will To Survive Was Incredible. Look At Her Now!

This sweet cow, named Fawn, did not have an easy start to life. Her mother was confined and chained in a milking stall and didn’t even have enough space in it to move or lie down. Because of this, she had to give birth to Fawn standing up. Fawn then fell into the concrete manure pit behind the row of cows, and hit her face and front knee. 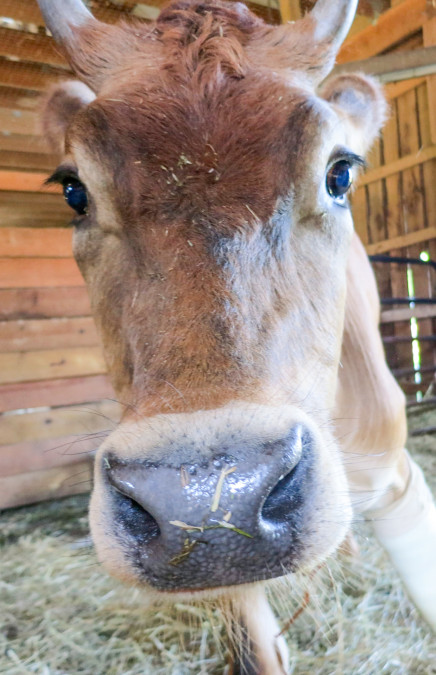 Farm staff discovered fawn, lying in the pit, swollen and injured. They called a local woman named Jennifer, who had always wanted to raise a cow. Jennifer came and took Fawn, but no one thought she would make it. Jennifer bottle-fed Fawn and kept her safe. Unfortunately veterinarians misdiagnosed Fawn’s fracture and infected knee, so it wound up not fully healing. This led Fawn to be unable to walk, and with her legs horribly twisted, she began to use her front knees to get around. 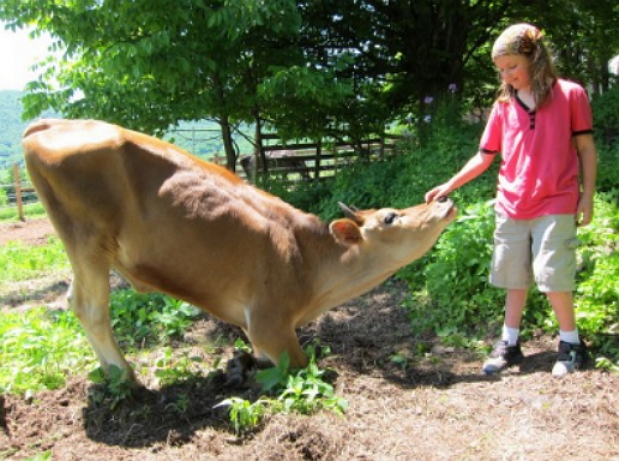 Vets did not believe that Fawn would ever be able to walk again. That’s when Jennifer called up Woodstock Sanctuary for help. Woodstock is a refuge in the Catskill Mountains for farm animals who have been abused, neglected or abandoned. They immediately took Fawn in under their care. Fawn was so sweet and lovable, and they knew they had to save her. 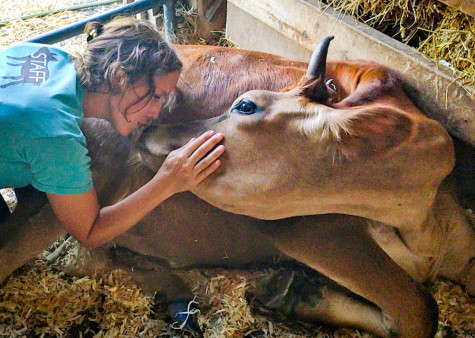 They brought her to Cornell Veterinary Hospital and the veterinarian staff worked hard to get Fawn as close to normal as possible. They operated on both front legs to repair the damaged bone and knee and also to shorten the ligaments in her other leg. She was given plaster casts which were eventually changed to permanent braces. She received a lot of physical therapy and began her long road to recovery. 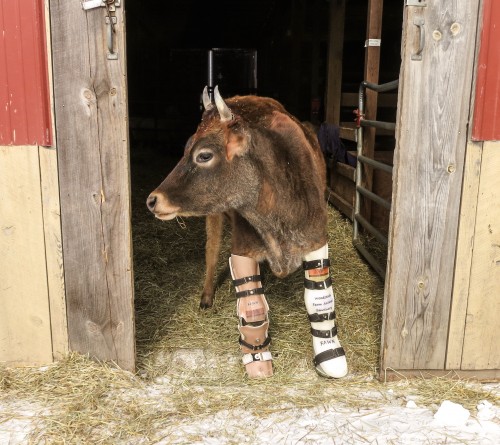 Although her life has been rough, her injuries painful, and her recovery long, Fawn has never lost her friendly and affectionate personality. It’s been two years since the surgery, and Fawn has come a long way. Now, she only needs one smaller brace! 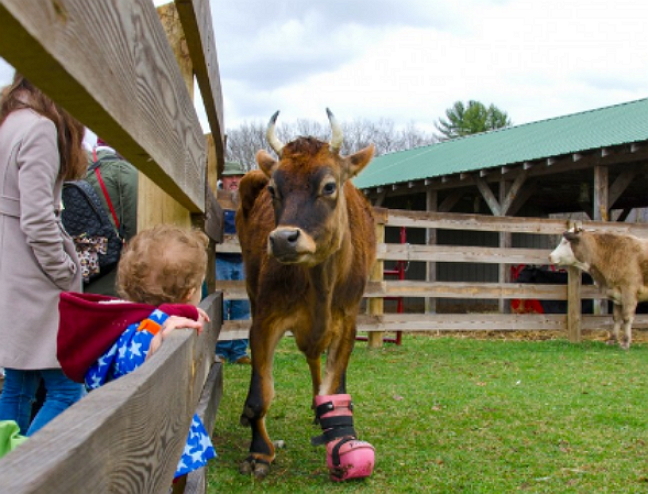 Watch her story in the video below: