Ramapo police in Rockland County, New York, received a call about a newborn fawn who wound up in a storm drain. The poor baby deer was so scared, and the drain was so deep, that she had no way of getting out on her own. She was trapped there overnight all alone, but luckily the police responded to the call.

Once the police arrived, they worked quickly to help the fawn. They were able to use their equipment to gently pull the deer up out of the storm drain. As they were lifting her up, she let out little cries and was very distressed, and rightfully so.

Once she was out of the hole, they carried her to the other side of the street and put her down in a grassy area. She tried to walk, but then laid down. She was most likely exhausted from her nerve-wracking ordeal. 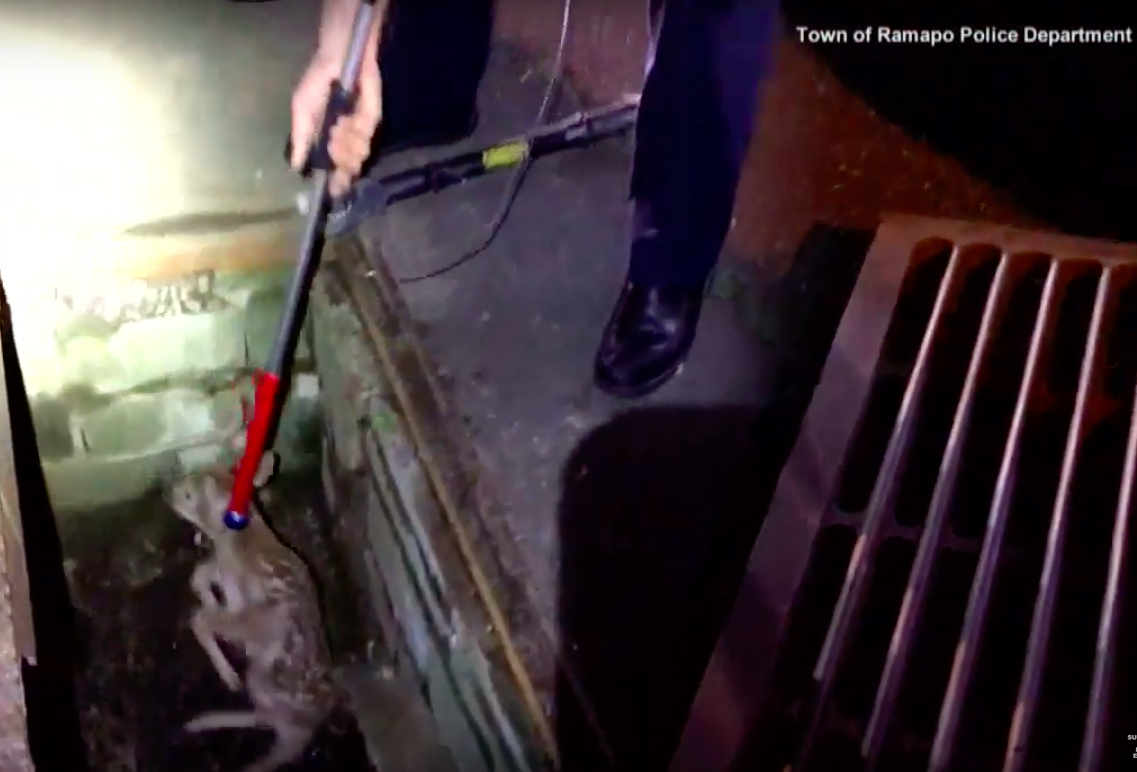 The fawn’s mother was seen in a wooded area nearby, but authorities figured she was too afraid to come out of hiding. They hoped she would hear the fawn’s cries and come to get her. They believe it took so long because the mother was hesitant about the human scent that was now on her baby. 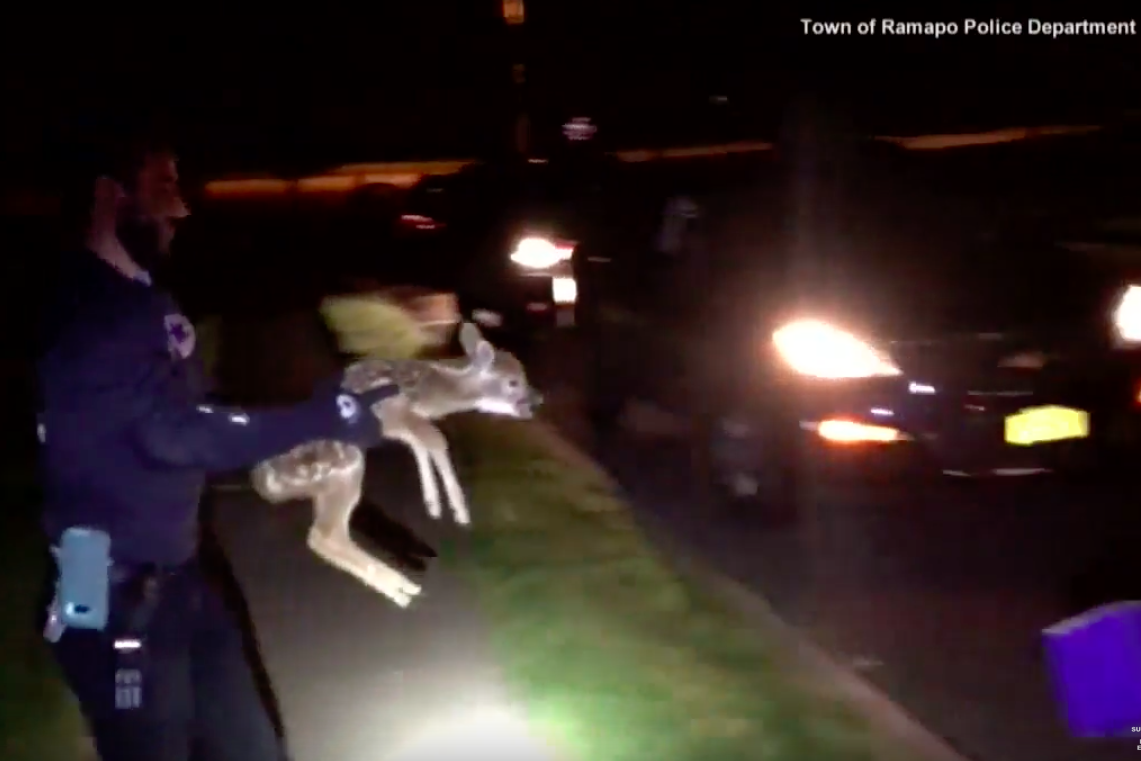 The police kept a close eye on the fawn, who was eventually reunited with her mother when she emerged several hours later. I’m sure her mom was relieved to have her baby back, and the baby was definitely just as relieved to be safe and with her family again. 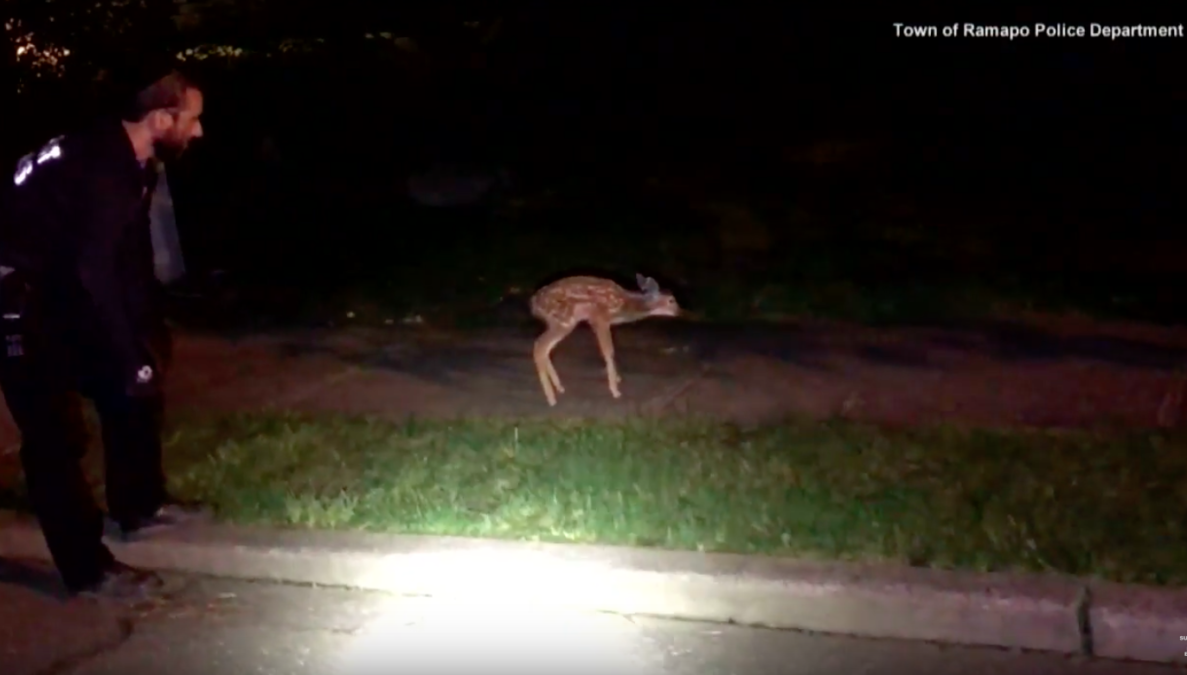 A big thank you to the police who helped rescue this scared deer. When you think of the duties of a police officer, saving a baby deer doesn’t pop up in your mind, but they work hard to save as many animals as they can! Watch the rescue in the video below: