There’s a reason zoos put up multiple barriers around animal enclosures – to keep people out.

However, one young father carried his two-year-old daughter over and through the barriers and into the elephant enclosure at San Diego Zoo for a selfie.

The African bull elephant promptly charged the intruder and the dangerous and terrifying incident was captured on video by a bystander. 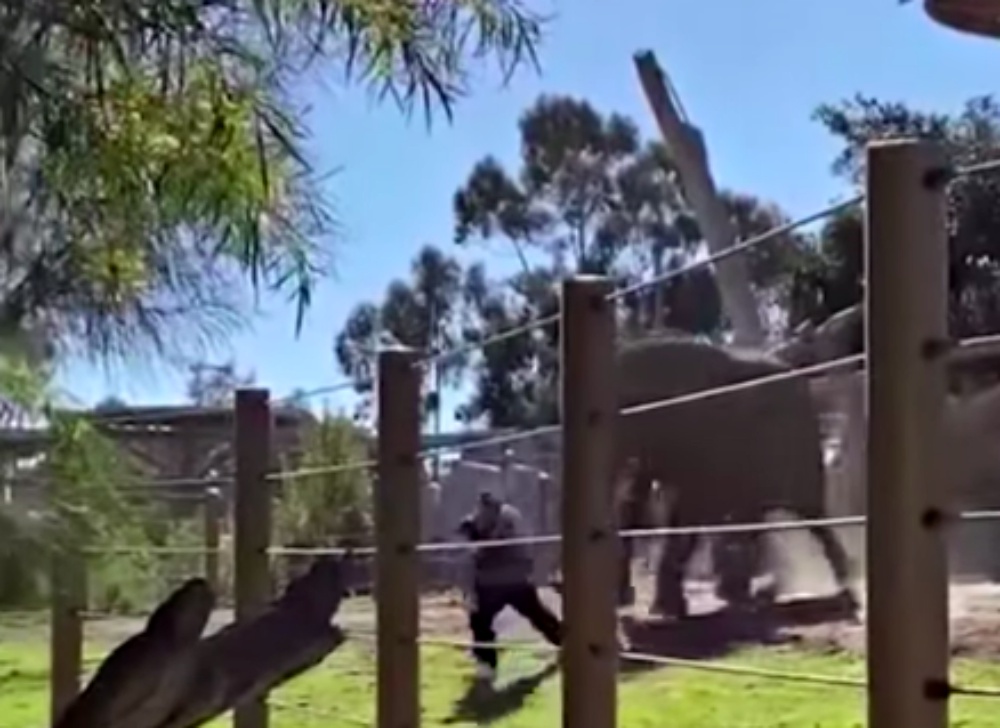 “We told him to get out and he turned around and he saw it, thankfully, just in time,” witness Jake Ortale told Fox5. “He runs, throws his baby through the gate and it’s seconds from hitting him. He jumps through the gate, falls on the ground and then it roared. … The baby starts crying and people were just mad at this guy.”

Thankfully, no one was hurt.

San Diego Zoo released the following statement, “On March 19, two guests, despite multiple barriers, purposely and illegally trespassed into a habitat, which is home to our Asian and African elephants. San Diego Zoo security promptly responded to the incident, but the guests had already exited the habitat. Both the elephants and the guests are unharmed.” 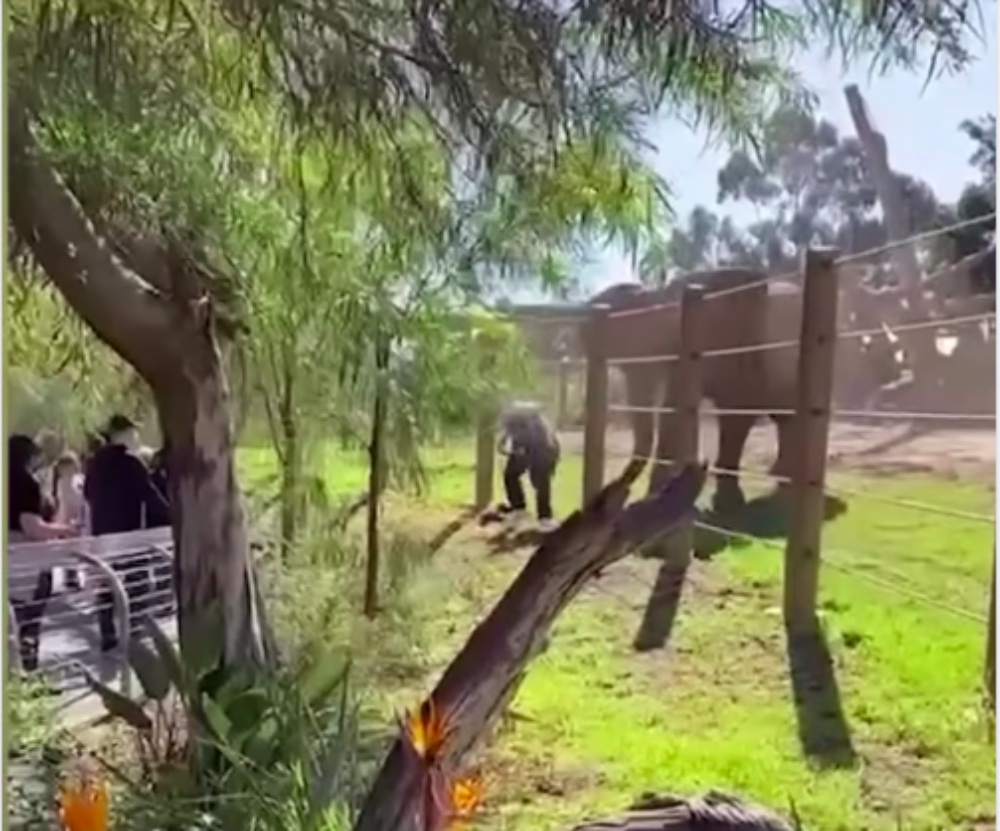 The elephant was protecting his territory and did a “mock” charge which is meant to scare off intruders.

South Africa’s Kruger National Park explains the difference between a mock charge and a serious one. “The common signs of a mock charge are bush-bashing, dust-throwing, trumpeting and other vocalizations, open ears and an intimidating presence, can be considered a mock-display.

“Aggressive or startled elephants usually make sudden headshakes and flap their large ears against their head. Serious charges usually occur after all attempts to intimidate have failed, and the Elephant feels threatened.

“The ears are pinned back and head and trunk are lowered. Ultimately, the key lies in the intelligence of the animal and how they will react to the ‘target’ and unfamiliar actions, and a conscious decision is made.” 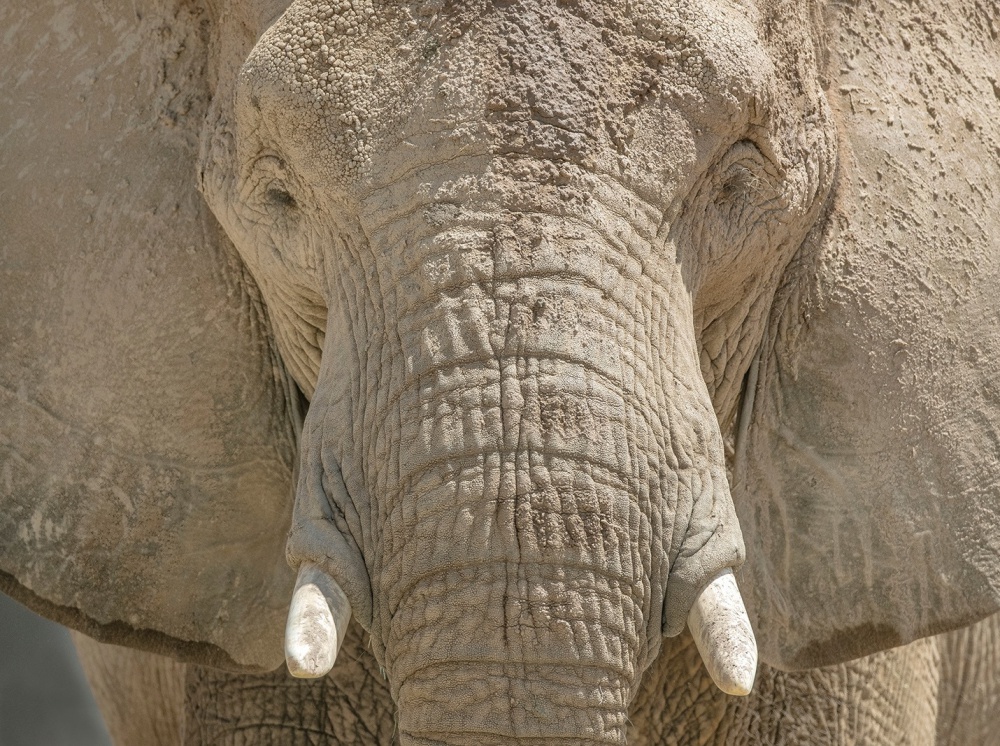 San Diego police arrested 25-year-old Jose Manuel Navarrete and charged him with child cruelty and trespassing. He is being held on a $100,000 bond and will appear before a judge on March 30.

Watch as the father and daughter narrowly escape in the video below.