Easton, a young boy from Canada, was offered the choice of any pet in the animal shelter.

The young boy looked at every furry face he could find on the Exploits Valley SPCA Adoptables Facebook page. There were plenty of adorable pups and kittens, but Easton landed on a 10-year-old cat named Tiny.

“We posted him on as a courtesy post so he wouldn’t have to come in the shelter until absolutely necessary,” Exploits Valley SPCA told Love Meow. 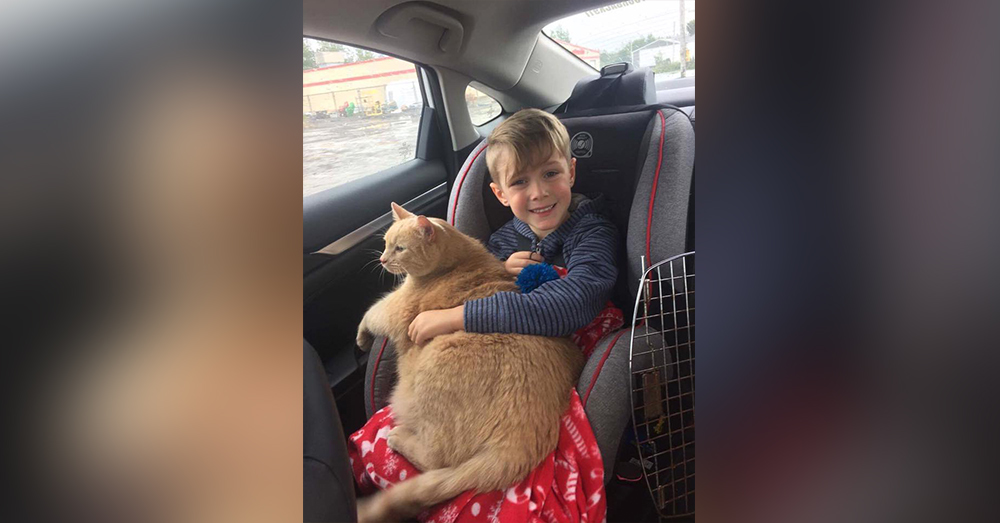 Source: Facebook/Exploits Valley SPCA Adoptables
It was love at first sight between Easton and Tiny.

Contrary to his name, Tiny is actually quite large. The substantial ginger cat was described by the shelter as being “weight challenged” as well as “shy.” Tiny has a “big round belly that he loves to have rubbed,” Exploits Valley SPCA Adoptables posted.

Tiny was originally brought to the shelter with his sister, Trinity. Their previous owner could not care for them anymore, and was forced to surrender the cats. They were both holding out for hope in the possibility of being adopted when Easton’s mother decided they would welcome a new pet. 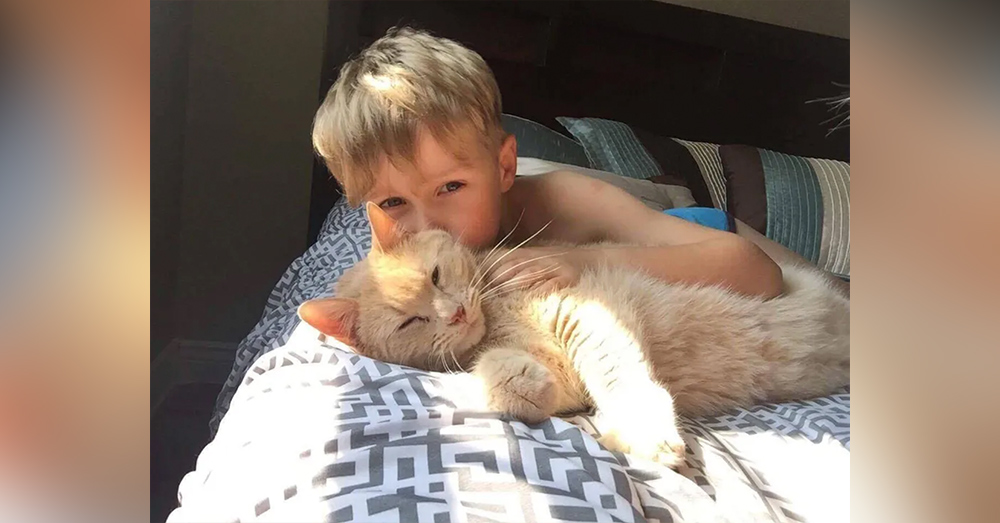 Trinity wasn’t that attached to her brother, and may still be looking for a forever home, but Tiny belonged to Easton the moment he set eyes on the cat. It was even more apparent after their first visit to the shelter.

“Easton loved Tiny because Tiny loved him. He was never withdrawn around him from the second he saw him”, Easton’s Mom told Love Meow. 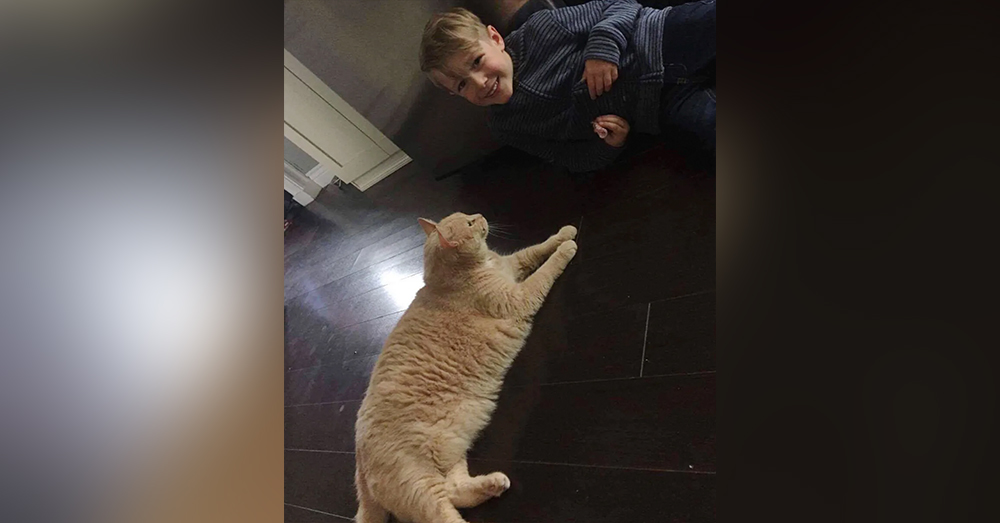 “The family officially sealed the deal by signing the adoption paperwork and an incredible image taken on the way home showed Tiny lounging in, or rather, completely taking over, his new owner’s lap,” Exploits Valley SPCA later post to Facebook. “On the ride home Tiny got out of his cage and cuddled in with his new owner and has been stuck to him ever since.”

“Hopefully Easton will give Tiny all the belly rubs he deserves!” The shelter wrote.

We have no doubt he will!