Mitzi, an overweight stray cat, was returned to the animal shelter four times, however, her luck was about to change.

The plump cat arrived at Woodside Sanctuary in Plymouth, Devon weighing almost 17 pounds. She was immediately started on a nutritious diet and daily playtime to jump-start her weight loss. The shelter posted a picture of the large cat with the caption, “Mitzi, the fattest cat we have ever had in? ……Probably!” 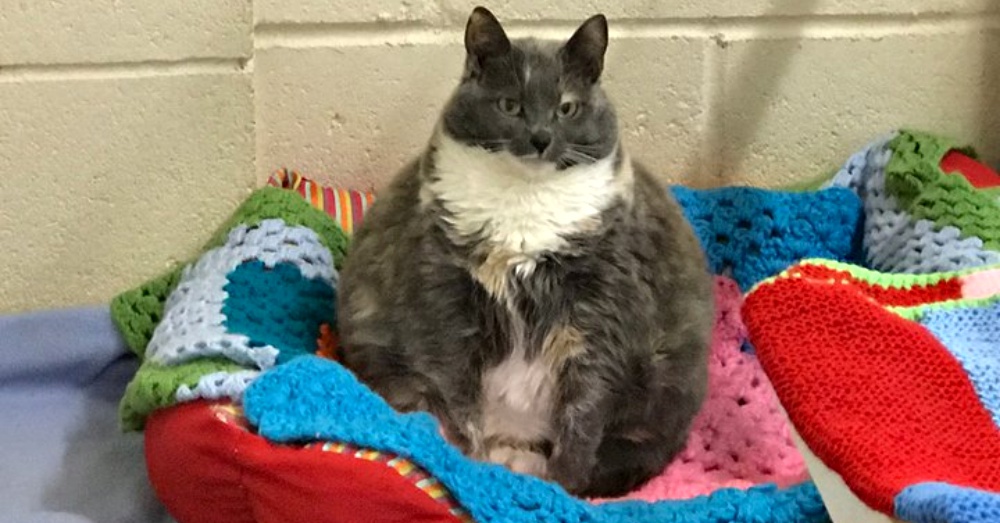 Her story went viral after she was dubbed “Britain’s fattest cat”. People from around the world offered to adopt her, but the shelter was able to find a local person and thought that would be Mitzi’s forever home. Sadly, the owner passed away and she ended up back at the shelter. Mitzi patiently waited for another loving home. 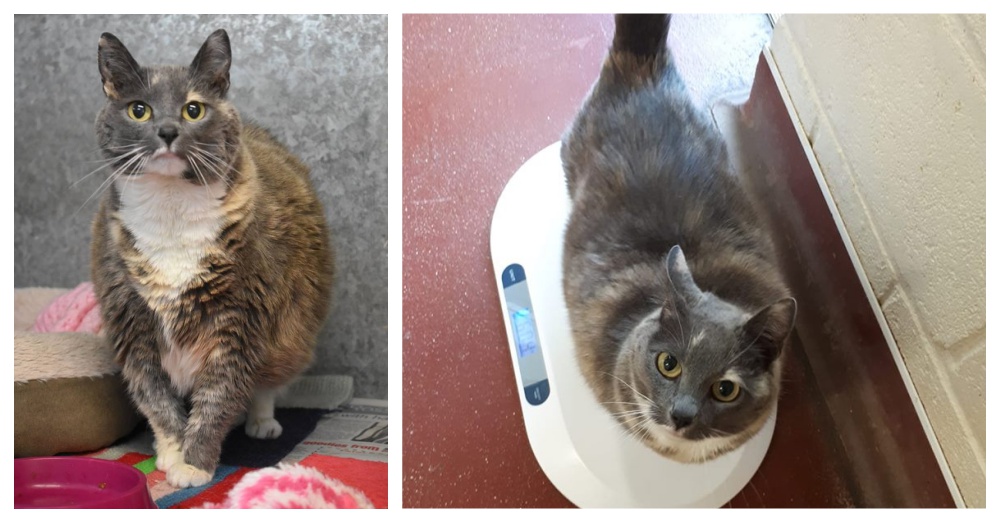 Three other people would come forward to adopt Mitzi but for one reason or another she would return to the shelter. The staff discovered through the failed adoptions that Mitzi needed a home without children or other animals. She had lost weight but needed a family that would continue to encourage her to play and move. 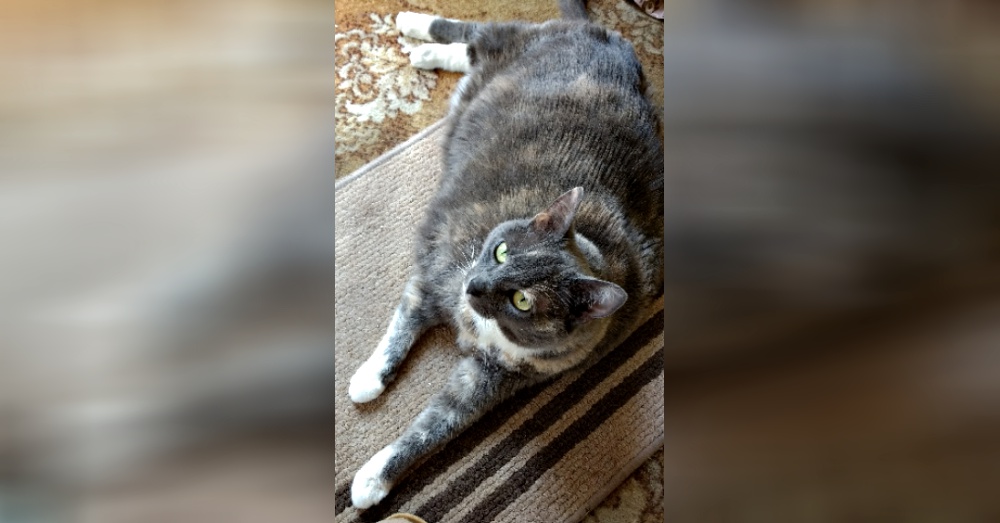 Mitzi, now 9-years-old, has finally found her forever home. They are aware of her quirks and love her just the way she is. “She’s such a sweet cat,” shelter manager Helen Lecointe told BBC. “We really hope she’s found her fairytale ending.”