“Fat Cats” generally get all the best perks – exorbitant salaries, fancy jets, the most expensive champagne. Unless you’re an actual cat, that is. Then you might even have trouble boarding the actual plane.

That’s exactly what happened to Viktor, a chubby gray-and-black cat who exceeded the Aeroflot’s animal weight limit at 22 pounds. But his owner, Mikhail Galin, couldn’t bear the idea of making his fat cat ride in the cargo hold. 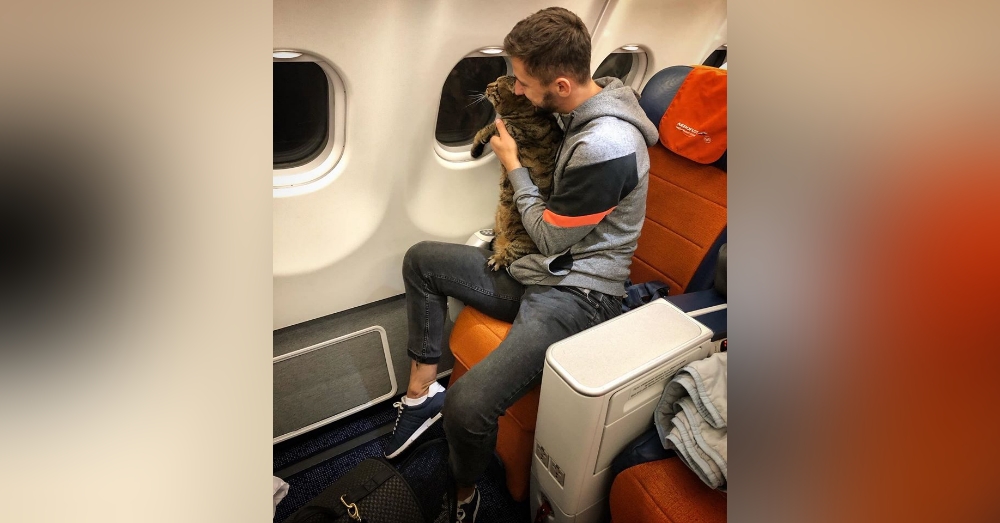 “I was very worried that during the duration of an eight-hour flight, something would happen to him in the cargo and he wouldn’t survive the trip,” Galin told The Washington Post, explaining how Viktor had recently been ill.

But when ticket agents refused to make an exception, Galin gave up his ticket, and promptly started plotting ways to get his flabby tabby on board. Within two days, Galin had harnessed his social media network to enlist a “miniature kitty” who could serve as Viktor’s body double at check-in. “After spending another night in the capital, we went to the airport with a cat, a cat double and his owners,” Galin wrote (in Russian) on his Facebook page. 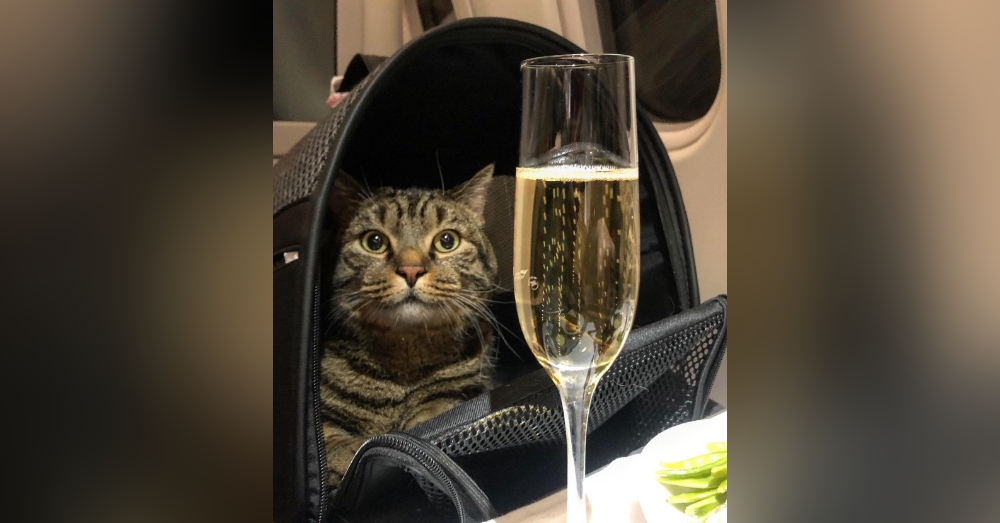 After the smaller, svelter cat posed as Viktor’s body double at check-in, Galin and the actual Viktor made their way to their seats, which Galin had upgraded to business class using extra airline miles. “He liked business class a lot better than economy class, because he considered himself superior,” Galin told The Post.

The pair’s joyful selfies quickly translated to viral fame, but their newfound celebrity also made its way back to the airline, which wasn’t as tickled by Galin’s success in sneaking Viktor onboard. After launching an internal investigation, Aeroflot found that Galin “had seriously violated a number of animal transportation rules” and canceled his remaining balance of 370,000 frequent flier miles.

“During pre-flight procedure, the passenger took out of the container a big-sized cat resembling in appearance the one in the photo made on board and posted on the passenger’s social media page later,” the airline said in a statement.

“I don’t think the Kremlin can or should comment on a situation regarding a cat,” Putin’s spokesman Peskov was quoted by RIA.

But other folks couldn’t help but empathize with Viktor and his devoted “Cat Dad.” Some companies have even reached out with free offers intended to compensate for Galin’s lost airline miles. “I did break their rules,” Galin told The Post. “Because of that, their internal program decided to hand down a punishment, and I can only agree with it.”

In the meantime, Viktor has been put on a special diet that will hopefully prevent future issues at check-in!