Rescues end up in shelters for all sorts of reasons. Sometimes, they’ve been saved from life on the streets. In other cases, they’ve been plucked from situations of abuse or neglect. In at least one case, an animal was inexplicably returned for being too good! What they all have in common, at least most of the time, is that they’re on the thin side, which makes sense considering the trauma that usually precedes winding up in a shelter. 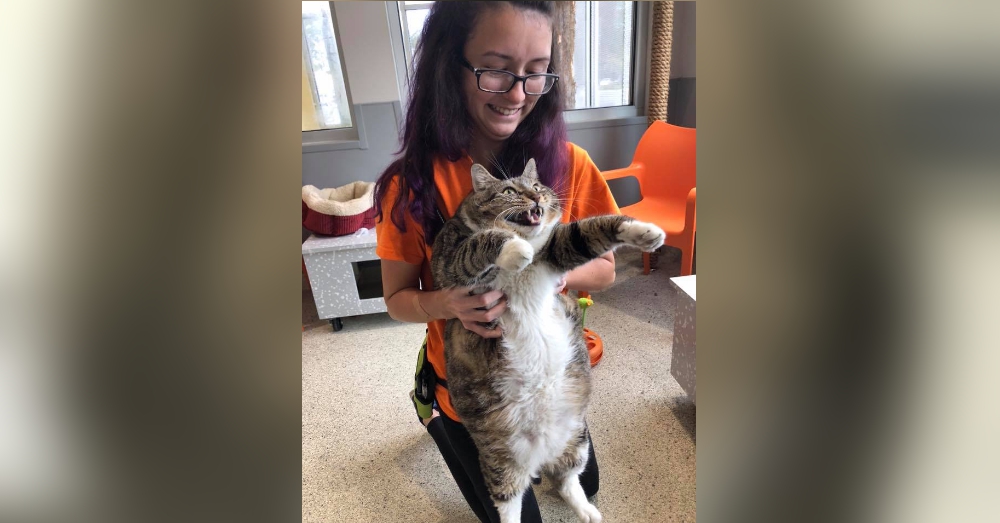 This wasn’t the case with Doughnut, however, an obese feline weighing in just shy of 30 pounds. The rescue organization acknowledged that the animal’s previous owners loved him very much, maybe a little too much, and let slip that a willingness to put this clearly food-motivated cat on a strict diet would be a top requirement of the new owner.

“We know the extra pounds make him cute but it’s not healthy,” the organization wrote on Facebook, describing the 28-pound feline, which they kindly described as “thick” and their “biggest boii ever,” in a post inclusive of smily faces and donut emoticons. 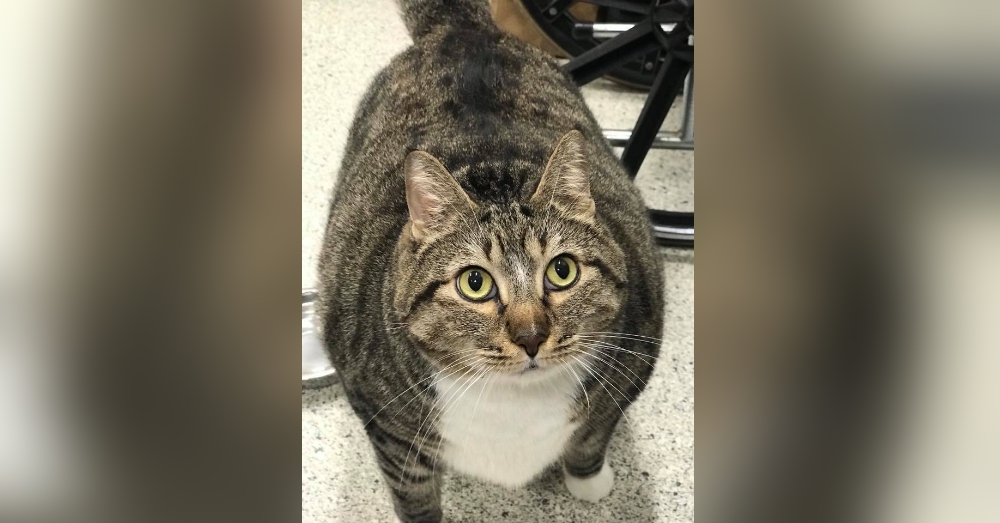 As any cat owner knows, its incredibly easy for indoor house cats to put on the extra LBs. Unfortunately, Doughnut’s previous owners had clearly taken this indulgence to an extreme level! By the time the cat arrived at the Jacksonville Humane Society, he weighed three times more than most healthy cats! 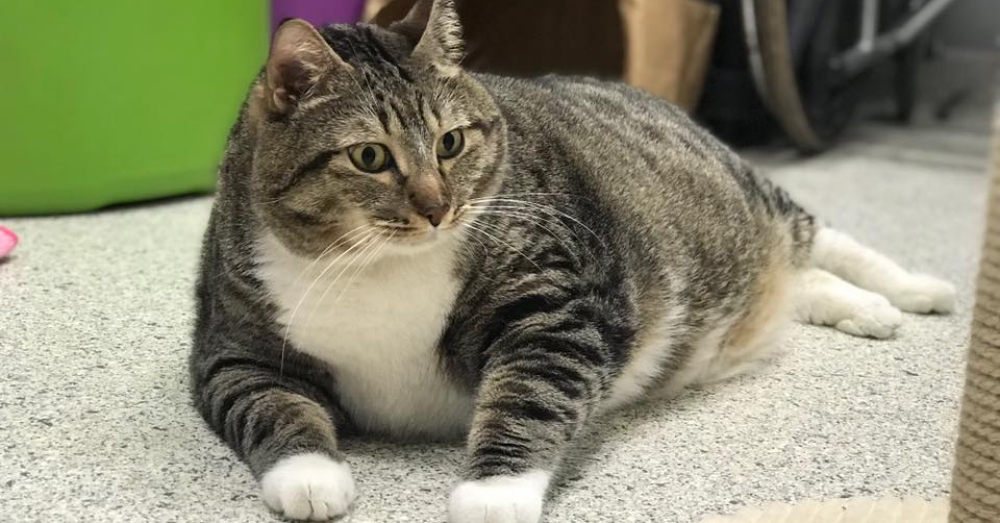 Fortunately, Florida’s community of cat-lovers didn’t hold Doughnuts’ weight gain against him, because three days later, this adorable Doughnut had found a new home. And while we’re so excited for Doughnut and his forever family, it’s hard not to feel a little bit bad for this flabby tabby. Looks like somebody has a diet in their future!