The Competition Is Thick During Fat Bear Week, But A Chunky Champion Has Finally Been Chosen

October may signify the start of sweater weather for many in North America, but it’s a year-round observance for the ursine residents of Alaska. That’s a good thing, too, as the nation turns its collective attention toward these burly beasts for a week-long celebration of bear body positivity.

“Just because a boar is a giant among giants, doesn’t mean that a corpulent sow can’t beat him,” the park posted to Facebook on Oct. 1. “Don’t forget about those multitasking moms who feed their cubs AND themselves to grow into fall fatties. After fighting with siblings and fishing to their hearts content, the young tikes have eaten their way into this Olympics of obesity. They can only win with your VOTE.” 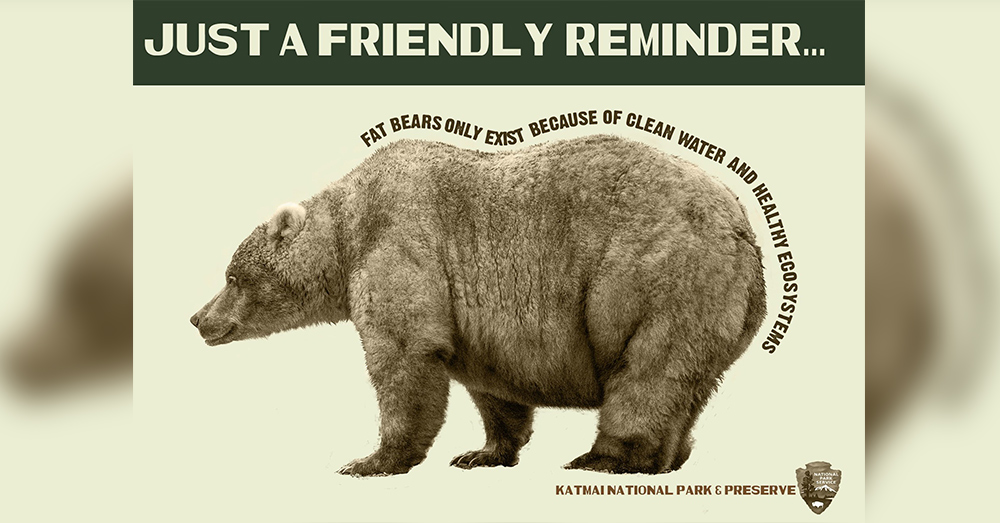 Voters in this contest have been cheering on their favorite fat bears, and bringing attention to the health of this critical North American predator.

That’s right, this isn’t just about showing off the colossal curves of the chilly Northwest. Fat Bear Week advocates for a growing bear population in more ways than one. There are about 2,000 bears in the 4-million acre Katmai National Park in Southwest Alaska. They have spent all summer preparing for hibernation, eating copious amounts of sockeye salmon. 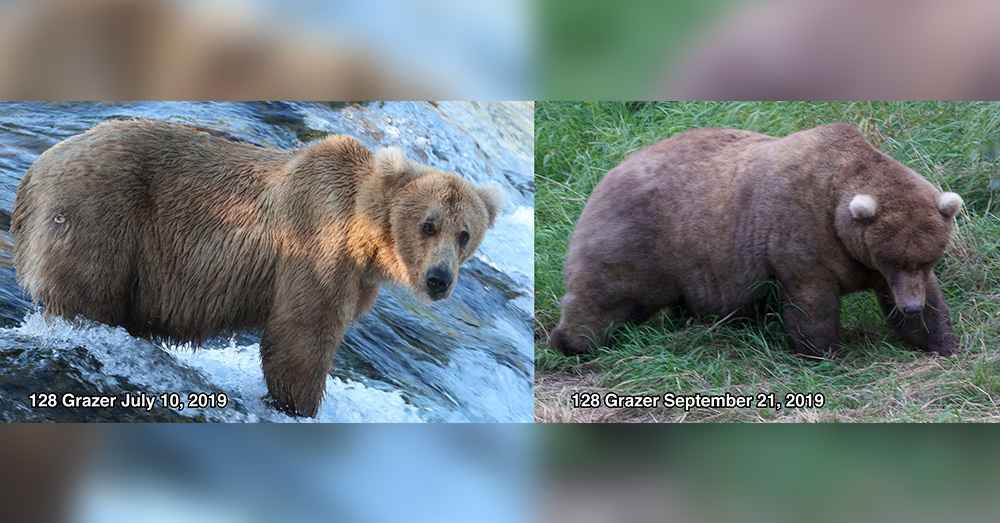 “They lose a third of their body fat over the winter,” Katmai Conservancy media ranger Naomi Boak told NPR. “So they need all that fat to survive.”

Contest voters have been treated to glimpses of their favorite fat bears through the bear cams placed throughout the park. Over the course of the summer and fall, they’ve seen “participants” like Lefty and Chunk pack on the pounds as they prepare for their yearly food coma. 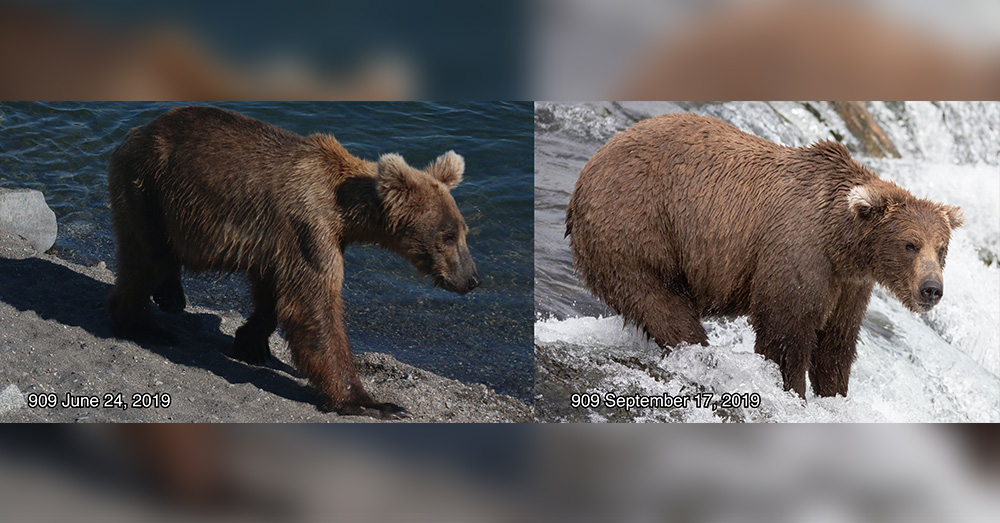 Last year’s Fat Bear champion, Beadnose, No. 409, hasn’t come back to reclaim her title. Whether or not she has been injured or died is unknown. She may have also left the park to find other streams to fish for sockeye. 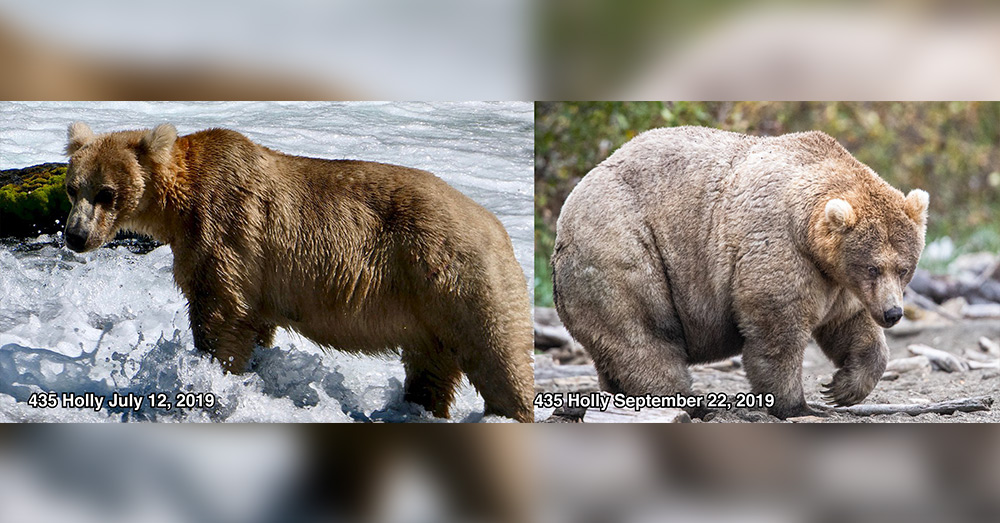 This year’s event began with a dozen brown bears from Brooks River: Lefty, Otis, Divot, 402, Walker, Grazer, Yearling, 909, Chunk, 747, 503, and Holly. After nearly a week of weighting, Lefty and Holly found themselves squeeing into the final face-off. 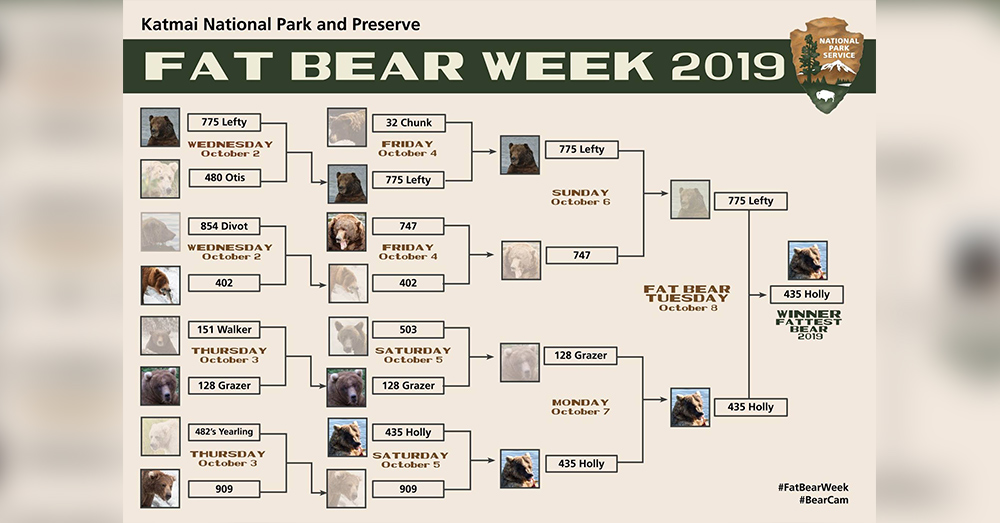 The competition has been thick, to say the least, but once more, a champion has emerged. Congratulations, Holly! May your hibernation be long and comfortable, may your belly stay full, and may you awake bright-eyed and bushy-tailed to streams full of sockeye when we see you next spring. 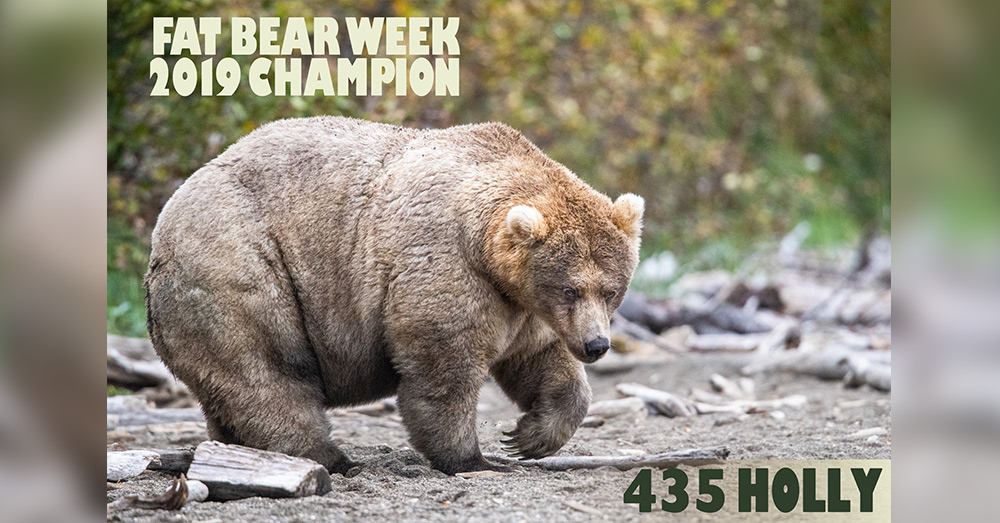 See more big bear action in the video below.