Brown bears emerge from their dens in the spring ravenous and spend the next few months gorging on fish and other foods to try and regain the body mass they lost during hibernation. Bears reach their peak weight in early fall right before they go into hibernation, so it’s the perfect time to hold Fat Bear Week.

Katmai National Park & Preserve celebrates their fat brown bears with the annual Fat Bear Week. The park teams up with Explore.org and Katmai Conservancy to hold an elimination tournament to find the fattest bear in Bristol Bay, Alaska. 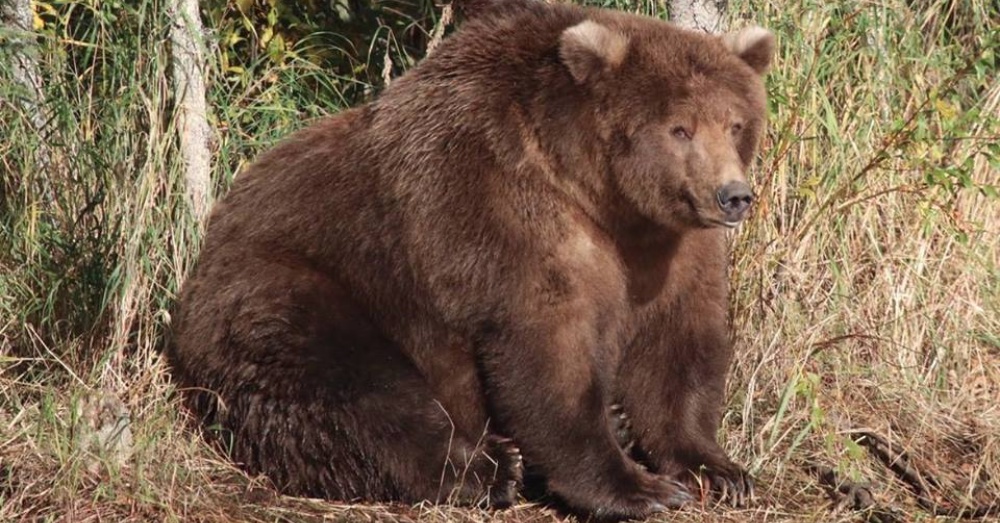 The area is home to more brown bears than people and with a river overflowing with salmon, there are plenty of fat bear contenders. 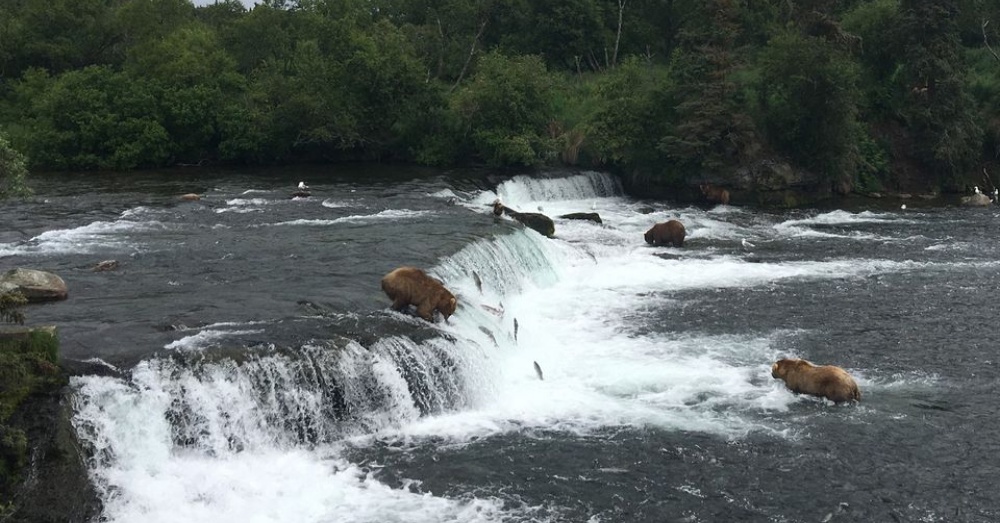 Twelve bears were selected for a chance to be crowned champion – determined by votes from the general public. A detailed biography and before and after pictures of each bear in the spring and now were posted to help people make an educated vote. 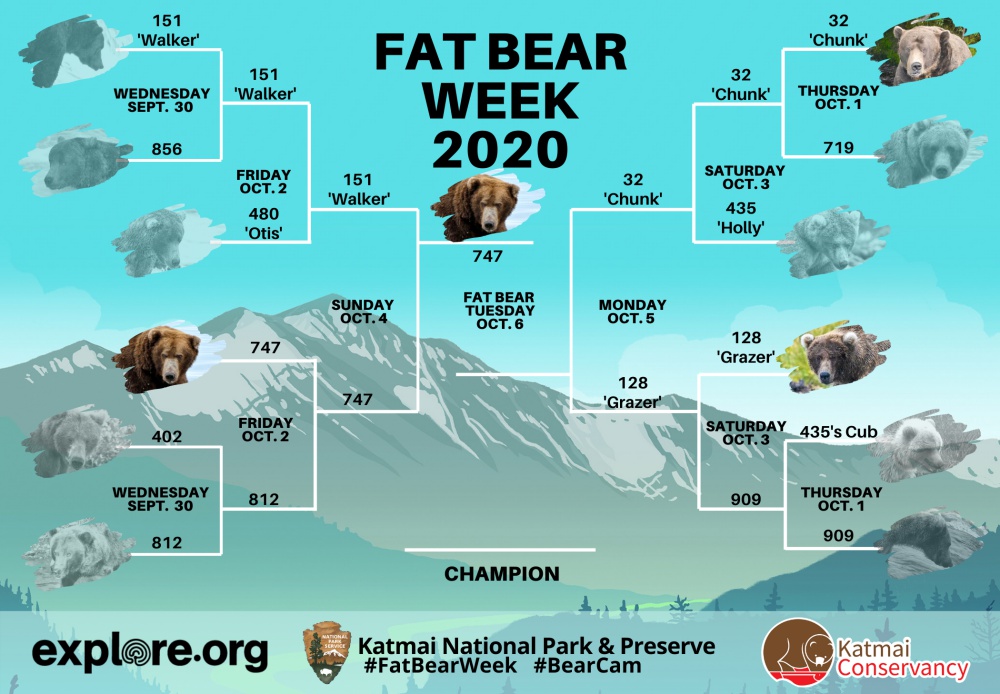 The competition runs for a week with two bears facing off in daily match-ups. Tens of thousands of people vote on which bear has the most impressive belly, with the winner proceeding to the next round. The final two bears will face a final vote on October 6 with voting closing at 6:00 pm AKDT (10 pm EST).

The reigning champion, Holly, hopes to hang on to her title but she has some “big” competition. National Park Service posted, “She is beauty and she’s grace, she stuffed so much salmon in her face…⁣ The weight is almost over! Will last year’s Fat Bear Week Champion Holly defend her title? ”

She is beauty and she’s grace, she stuffed so much salmon in her face…⁣ ⁣ The weight is almost over! Will last year’s Fat Bear Week Champion Holly defend her title? There is only one more week until the #FatBearWeek heavyweight competition begins! She is up against some BIG competition, including two-time Champion bear 480 Otis. All the contenders are currently feasting on salmon. (You can watch them fishing live on Explore.org.) ⁣ ⁣ Image: Bear Holly, sitting waterside at Katmai, says bring it on! The salmon, that is. ⁣NPS/N. Boak ⁣ #bears #nationalparkservice #alaska #findyourpark

Bear 747 is a massive boy and a fan favorite. He has already outweighed two other bears and is now in the running for champion. One fan wrote, “747🙌🏼🙌🏼 look at his glorious gut!”

Vote here and help determine which bear will be this year’s champion.