6 Historic Military Dogs Who Gave Everything For Their Country

Man’s best friend is a dog, the old saying goes, and that applies to combat as well. Military working dogs serve with all branches of the military today and have been used by the United States since the Revolutionary War. They were first used as pack animals, but working dogs have served in military roles such as scouting, policing, detection, and even combat. Today, hundreds of dogs serve with U.S. military forces in Iraq and Afghanistan as scout dogs, police dogs and with tasks like land-mine detection and border patrol.

There are countless stories of bravery and heroism from the four-legged members of the military, and those continue to this day. Yet despite the fact that working dogs have served and fought alongside the military since the country’s founding, there was no national war memorial for working dogs until 2013. The U.S. Military Working Dog Teams National Monument was finished in late 2013 at Lackland Air Force Base in San Antonio, Texas. The base has been the military’s center for training working dogs since World War II.

The large memorial features statues of four dogs and a handler, with the words “Guardians of America’s Freedom” written boldly across the front of the monument. The four dogs are representative of the four most commonly used dogs in recent military history, but all kinds and sizes of breeds have been used from Terriers to German Shepherds. Let’s take a look a just a few of the hundreds of amazing military dogs in U.S. history.

The first dog on our list is Sallie, who served in the Civil War as the mascot of the 11th Pennsylvania Volunteer Infantry. Sallie was a a Staffordshire Terrier who served with the soldiers on the front lines of many battles. She was even at the Battle of Gettysburg, where she got separated from the 11th Pennsylvania Volunteer Infantry during the fighting. 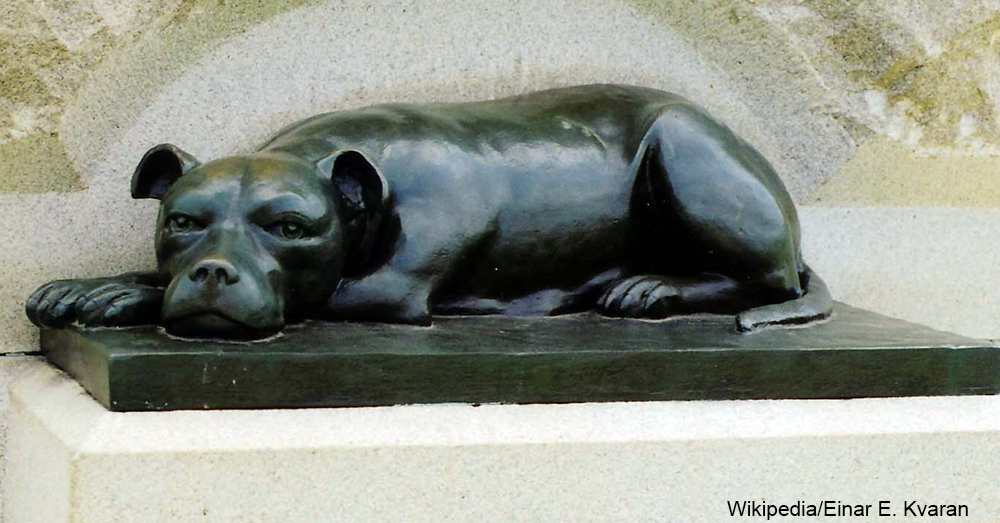 Sallie was found by her soldiers three days after going missing. She was still on the battlefield, guarding the wounded and dead soldiers. Sallie was killed in action at the Battle of Hatcher’s Run in Virginia. Years after the Civil War had ended, soldiers from her regiment placed a memorial statue of Sallie at Gettysburg.

Sergeant Stubby was the most decorated war dog of World War I, serving with the 102nd Infantry, 26th Yankee Division. The only dog to be promoted to the rank through combat, Sgt. Stubby served in the trenches in France, warning soldiers of incoming shells, gas attacks, and locating wounded soldiers on the battlefield. In one instance he captured a German spy singlehanded. 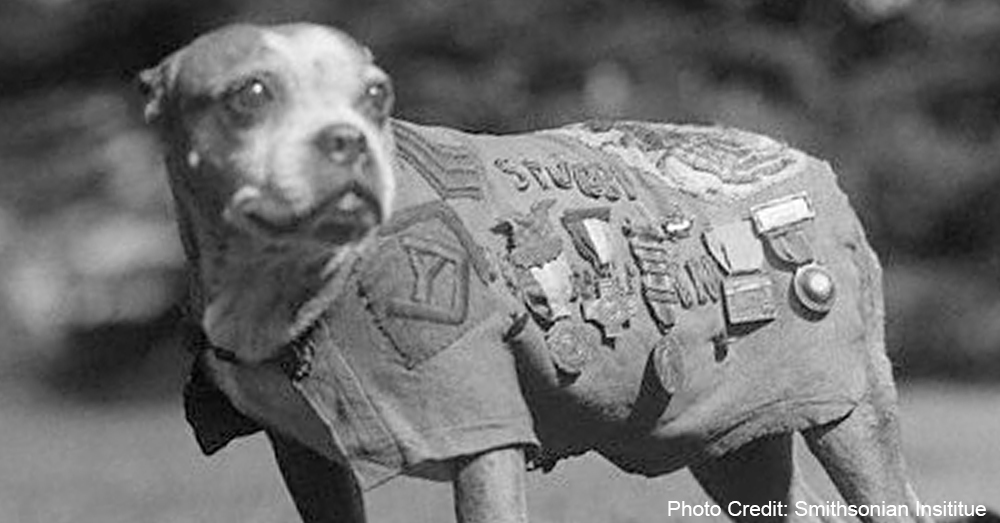 Cpl. John Robert Conroy took Stubby at Yale where the soldiers were training. Conroy then snuck Stubby with him to France when the troops shipped out. After the two survived a gas attack by the Germans, Stubby developed a keen smell for gas and would alert the men to incoming attacks since he could smell it long before a human could. He received multiple medals, met 3 Presidents, and became the official mascot of Georgetown University after the war. Sgt. Stubby was with Conroy when he died in 1926.

The most decorated military dog of World War II was a German Shepherd/Collie/Husky mix named Chips. Part of the Dogs for Defense program initiated after the attack on Pearl Harbor, Chips was given to the military by his owner in New York. Chips served in General Patton’s Seventh Army in Germany, Italy, Sicily, France, and North Africa. He was awarded the Silver Star for valor and the Purple Heart for his injuries. Unfortunately, the military later took back the medals, claiming that Chips was only equipment and not eligible to receive the medals. 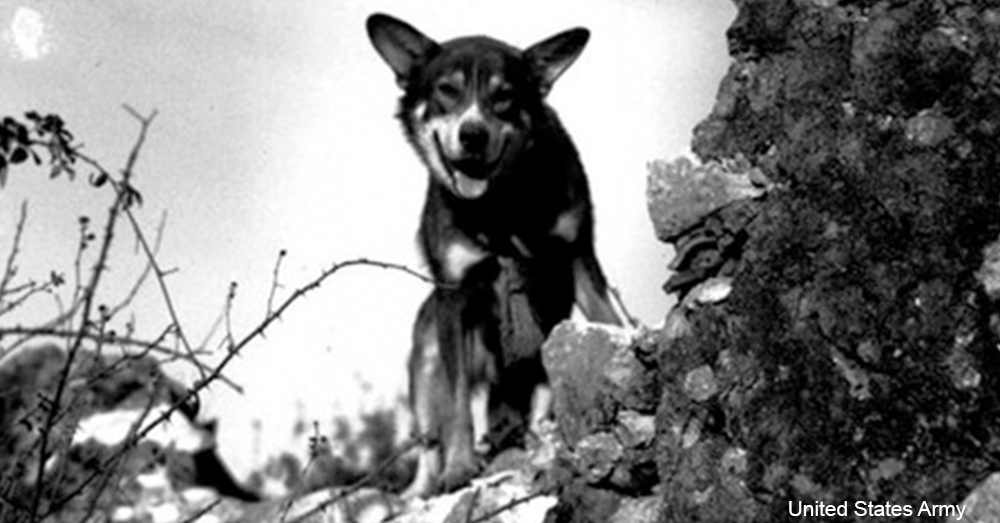 Chips has many stories of heroics and valor on the battlefields of WWII, but perhaps his two most famous acts happened in the same day. While in Sicily, Chips and his fellow troops became pinned down by machine gun fire from a pillbox. Chips singlehandedly charged into the pillbox and captured all four Italian soldiers inside. Later that night, while the soldiers were asleep, Chips heard enemy soldiers approaching for an ambush, then woke and alerted the men. The soldiers were able to capture every enemy soldier thanks to Chips, who had saved their lives.

Continue reading on the next page!

Jacob H. is an award-winning journalist and photojournalist who currently resides is West Michigan with his wife. In his spare time, Jacob enjoys writing, photography, mountain climbing, and camping.
Whizzco for FAP