When Zack, an obese gray tabby, wound up at the Michigan Humane Society, staff was determined to find the 30-pound-cat an adoptive family that would help him lose some weight.

“This absolute unit of a cat is Zack,” rescuers wrote on Twitter. “He’s available to adopt at our Howell shelter but needs a parent who will help him slim down.”

The Internet was quickly endeared by the 11-year-old cat, whose chunky physique and dour expression quickly went viral. The senior feline was ultimately adopted by John Schmitt, a Michigan resident who quickly put the 30-pound cat on a diet and exercise program. 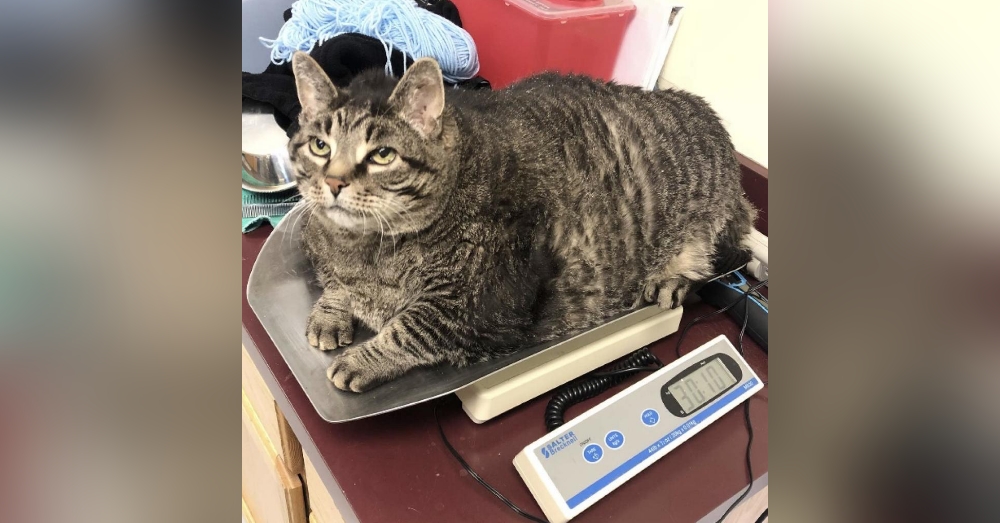 For a while, everything seemed to be going well, even though Zack took some time adjusting to his healthy new lifestyle, which included diet Purina cat food and increased amounts of activity.

“Sometimes you’ve got to give him a nudge just to get him active,” said Schmitt, whose family helped keep Zack moving by calling the cat up and down the stairs. “In the morning, the sun comes through the front window and he loves to just lay in the sun.”

But all the hard work paid off. Within a couple of months, Zack had lost 8 pounds.

This absolute unit of a cat is Zack. He's available to adopt at our Howell shelter but needs a parent who will help him slim down. He's currently over 30 pounds and our medical staff is trying to get him to a healthier weight. https://t.co/1khSupBtsV #chonkcat #cats pic.twitter.com/Rcl99Ni5lD

“He is just doing wonderful,” Schmitt had said of the fat cat’s weight loss journey. “He is starting to get a little skinny butt on him, but he has all the extra skin and fur on him also, so we try to keep him exercised.”

“It was definitely a new home, new diet, cranky kitty,” Schmitt said of the cat’s transformation from morbidly obese fat cat to relatively trim feline. “He was very defensive but he has warmed up to everybody, he is very vocal. I get up early and he just meows at me and follows me around all morning until I leave for work. Then as soon as I get home he meows at me, then as soon as you touch him he purrs.” 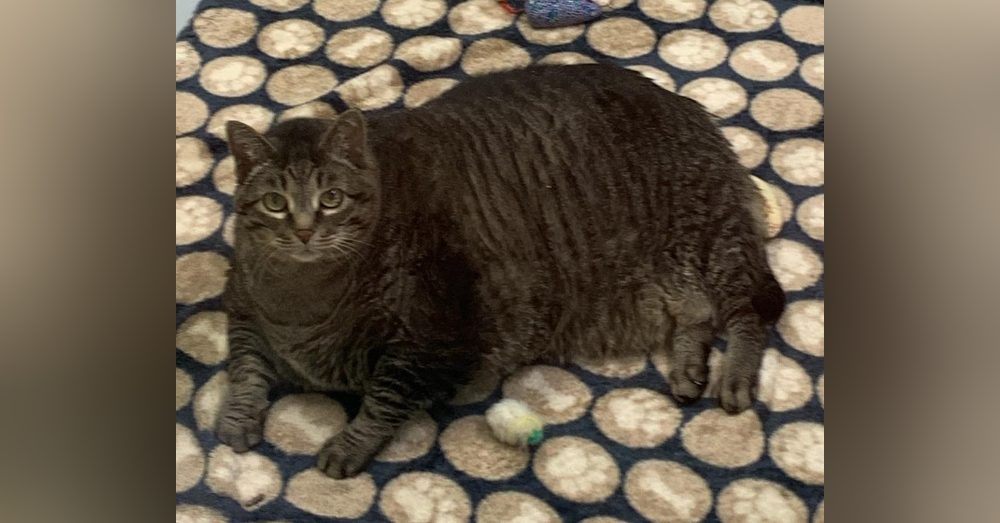 But despite all his progress, Zack suddenly passed away just a couple of months after his adoption. The cause of death was feline fatty liver syndrome, which can affect obese cats who suddenly drop a lot of weight. “We aggressively helped him fight his disease,” Schmitt wrote in a text message to the Detroit Free Press. “He was definitely loved in the short time he was with us.”

RIP, Zack! Our thoughts go out to the Schmitt family during this difficult time.