Iguanas Are Falling From The Sky In Florida, But Not Everyone Is Sad To See Them Go

Florida has seen its fair share of natural disasters in the last few years, but it’s the more unnatural ones that are causing a stir.

Iguanas have been falling from low limbs in the Sunshine State, stunned into a torpor from low temperatures. As the mercury dipped below 45 degrees, more and more South Floridians have been finding the lizards laying belly up.

But they’re not dead.

The scene at my backyard swimming pool this 40-degree South Florida morning: A frozen iguana. pic.twitter.com/SufdQI0QBx

The iguanas are just experiencing a temporary state of hibernation and often fade back into lucidity in the warmth of the sun. They climb up into the trees to sleep at night, but the cold has been flipping an instinctual switch that tells their bodies to get ready for a long winter. 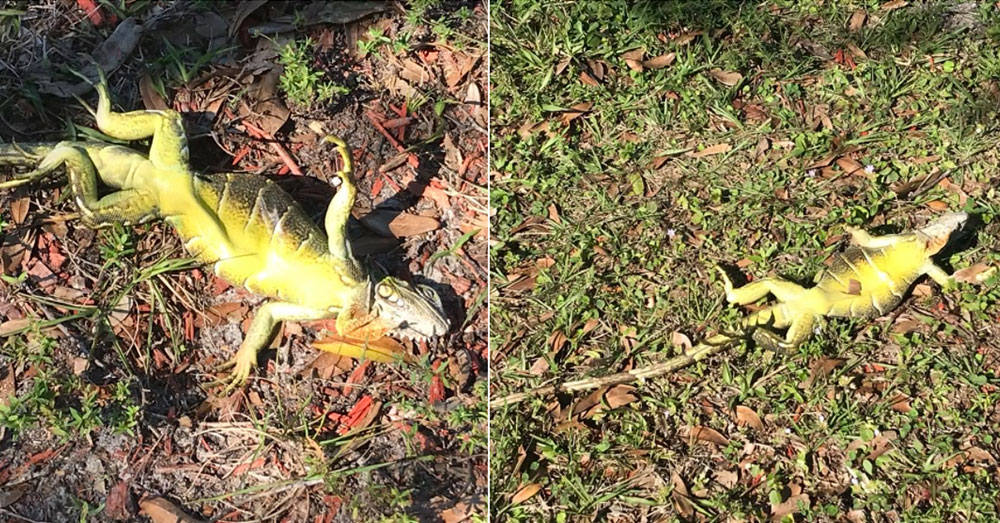 Source: Twitter/@MaxineBentzel
No iguanas were harmed in the tweeting of this picture. Most of them were revived in the sun.

“When the temperature goes down, they literally shut down, and they can no longer hold on to the trees,” Ron Magill, communications director for Zoo Miami, told the New York Times. “Which is why you get this phenomenon in South Florida that it’s raining iguanas.” 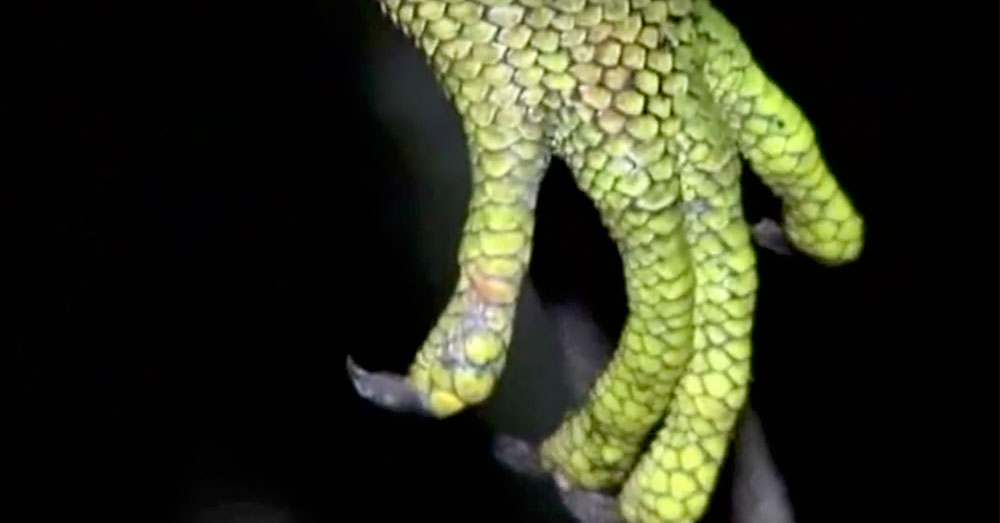 Larger iguanas tend to be injured less from the fall, Magiull said. But most of them have a problem coming to after coming down.

“Even if they look dead as a doornail — they’re gray and stiff — as soon as it starts to heat up and they get hit by the sun rays, it’s this rejuvenation,” he said. “The ones that survive that cold streak are basically passing on that gene.” 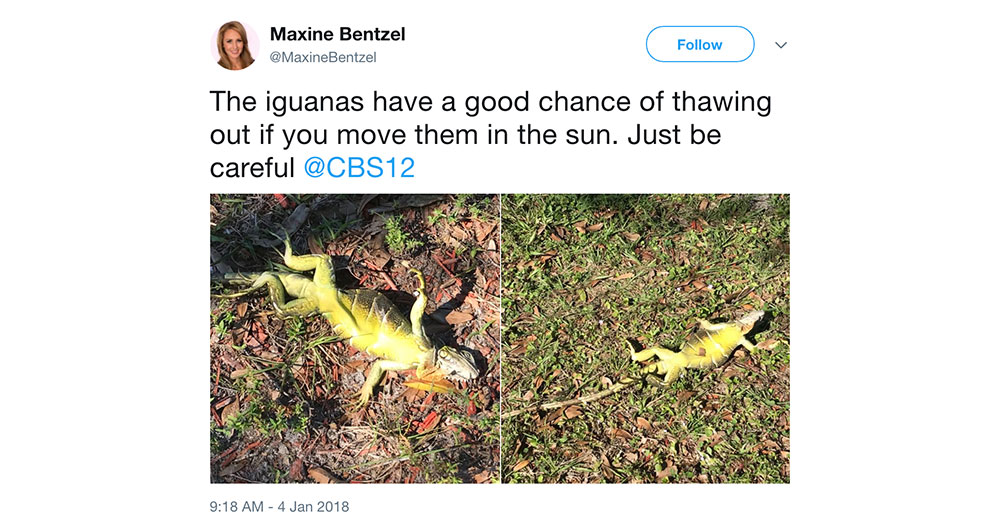 When the temperatures remain in the low 40s or below, CNN reports, smaller iguanas are at greater risk of dying. The loss of lizards isn’t mourned for long in Florida, however. The reptiles are actually an invasive species 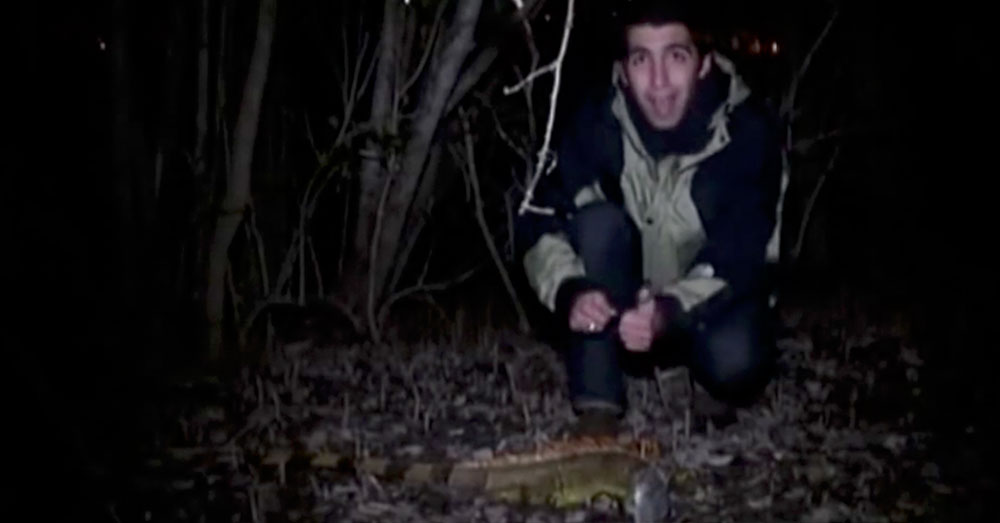 Source: YouTube/breakingnews11
An ABC news reporter kneels near one of the fallen iguanas, which can reach up to 6 feet in length.

“They’ll fall out of trees. They’ll end up in areas where your cars are, parking lots, areas where they’re cold stunned,” Emily Maple, reptile keeper at the Palm Beach County Zoo, told WPEC.

According to CNN, temperatures that

As Florida’s iguanas face their own cold crisis, many other species are being threatened by a removal of governmental protection. Click the button below to make a difference!

The Endangered Species Act (ESA) is in the fight of its life.

Powerful members of Congress have leveled attack after attack on the landmark legislation and it now faces an imminent threat that could be its undoing.
Tell your senators to oppose Senator John Barrasso’s bill and all efforts to rewrite the ESA.
Make a difference!