Skydivers share a special bond that only comes to those who have spent time in high-pressure situations. They are familiar with he rush of wind in their faces, and force of gravity as it pulls them hurtling toward earth at dizzying speeds.

This is an extreme sport. Certainly, not everyone is cut out for this sort of thrill. Tandem dives can get beginners up and off their feet, but in the midst of a free fall, single skydivers are not completely cut off from their support system, either. 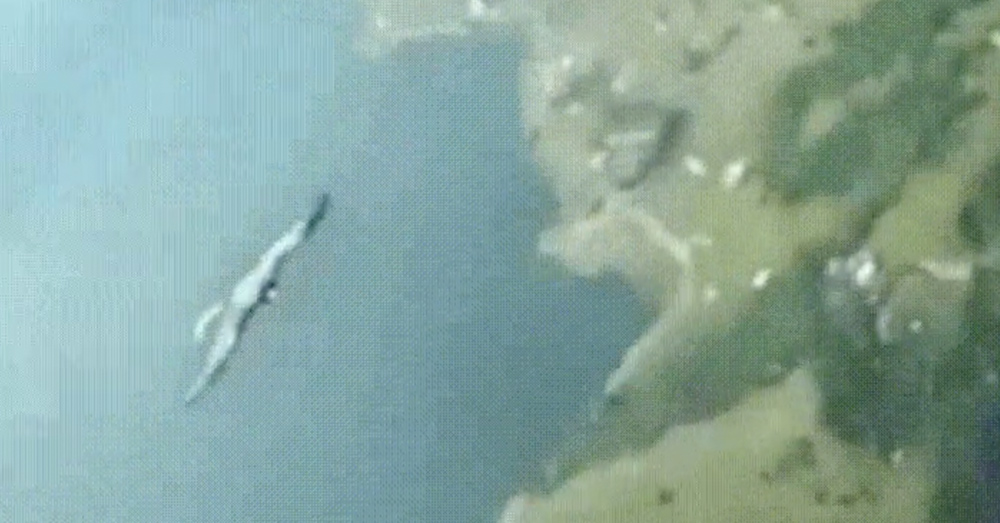 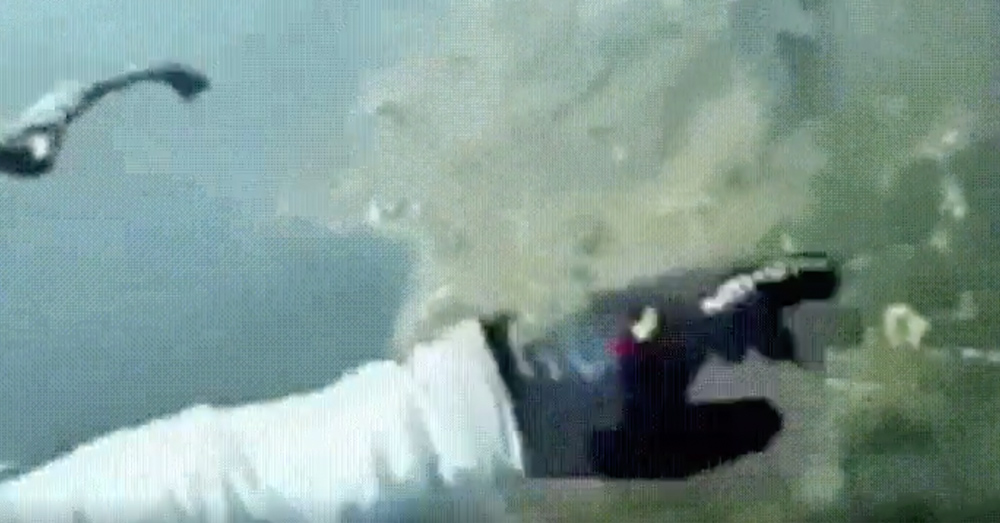 Source: Reddit/u/halcyon1625
The skydiver puts his arm out for a perch. 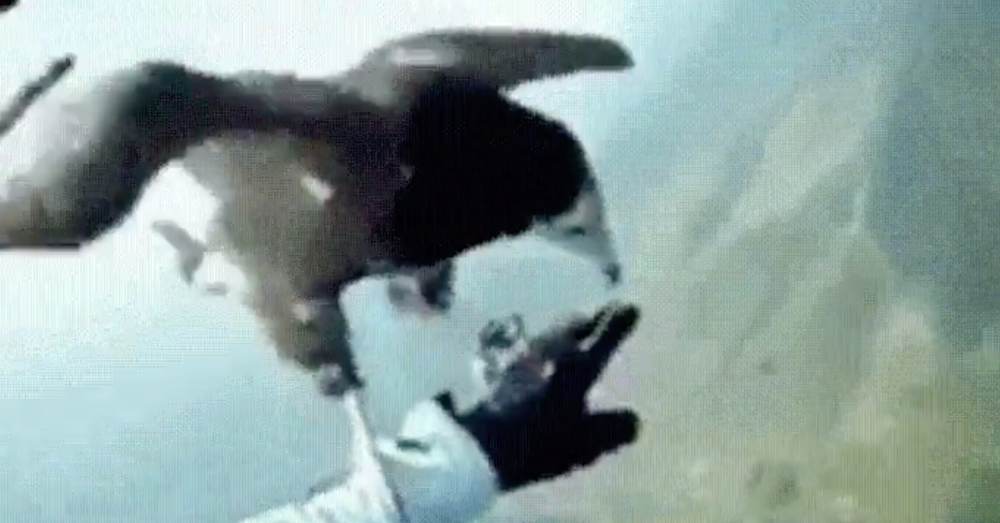 A video posted by Redditor u/halcyon1625 shows a skydiver receiving a surprising visit from what looks to be a high-flying peregrine falcon. The bird soars up to what it must have thought was a strange looking creature with little understanding of using its wings.

A little in-flight investigation to make sure the diver is friendly and the bird stops for a quick perch on the falling human’s arm. 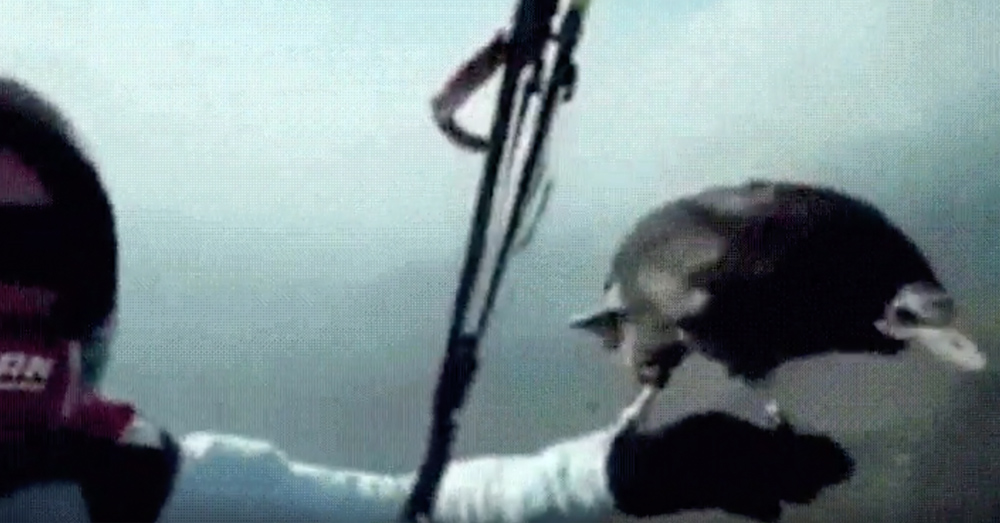 Source: Reddit/u/halcyon1625
The two are plummeting downward at more than 120 mph.

The skydiver and falcon were falling at the rate of 1,000 feet every six seconds, or about 120 mph, and still managed to share a special moment in the sky.

So, what would prompt such an event as this? According to Air & Space, it’s a common event for Federal Express pilot Ken Franklin and his falcon Frightful. The pair took a few dozen falls before Frightful learned to match Franklin’s terminal velocity.

“She was [regulating] her speed to match mine,” Franklin told Air & Space. 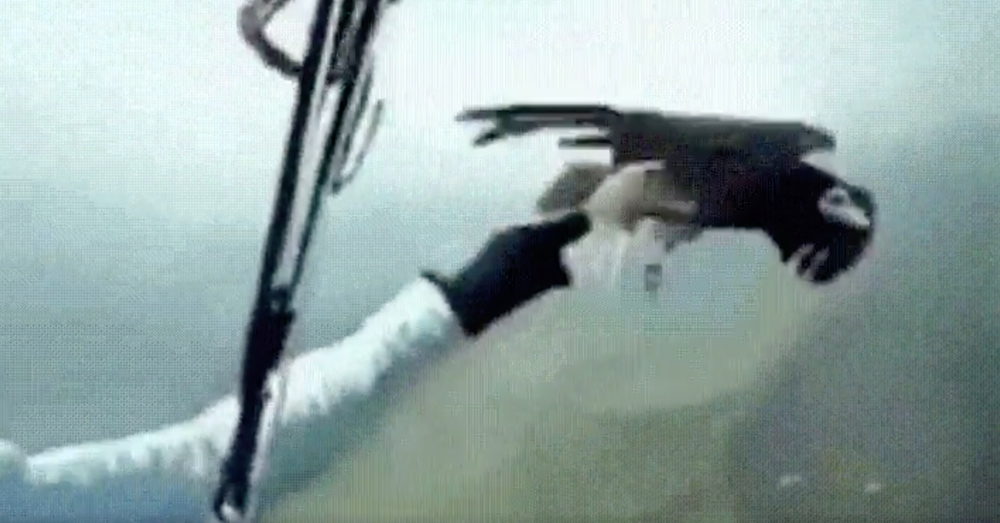 Source: Reddit/u/halcyon1625
A gentle push and the falcon is back off.

Frightful aligns herself asymmetrically to optimizations the landing at great speed.

“She’s slipping through molecules,” Franklin said. “The asymmetry seems to be part of that.”

See this magnificent mid-air meetup in the video below.

Bird stops by to visit a skydiver