Days After Escaping From His House, Exotic Pet Cat Is Reunited With Owners

Spartacus is an African Serval, an exotic wild cat that hails from the grassy savannas of sub-Saharan Africa. But after escaping from his owner’s house in New Hampshire, the 4-year-old pet became a fugitive in the mid-sized town of Merrimack, which offers a distinctly different vibe compared to the grassy plains where this species typically roams.

Spartacus does have official permission to live in the town, according to his owner, Dean King, who adopted the 4-year-old cat from a Florida Zoo with permission from the New Hampshire Fish & Game Department. But the cat’s technical status as a wild animal also led local police to issue a municipal warning when Spartacus got spooked by the family dog, and then suddenly disappeared after darting out the front door. 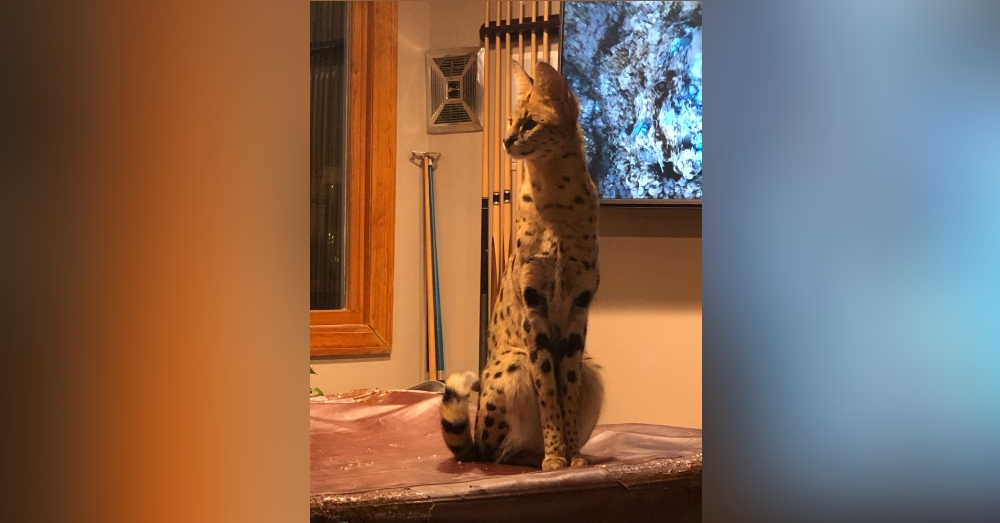 “The dog didn’t want to come in last night,” Spartacus’ owner, Dean King, told the AP. “So my wife opened the front door. The dog and the cat spooked each other and off he went,” King said. The cat’s worried family spent the subsequent days looking for Spartacus in the surrounding woods, but so far their efforts have come up short. “We’re devastated,” King said sadly. “Hopefully, he comes back.”

Meanwhile, the cat’s disappearance has sparked concern among other residents, particularly those worried about the safety of Merrimack’s other companion animals. Servals typically eat rats, mice, shrews, birds, frogs, and insects, but they’ve also been known to take larger prey on occasion. 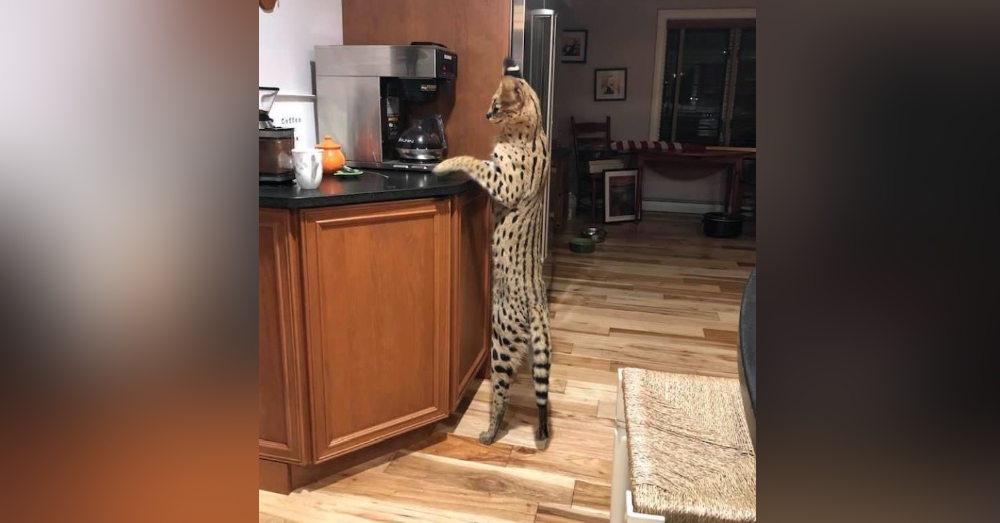 “An animal like this, I would think, would be a hazard for domestic cats, dogs, small animals, and livestock like chickens,” said Mike DeFina, a spokesman for the Animal Rescue League of Boston, describing Servals as “fierce predators and very fast animals.”

Spartacus probably isn’t a threat to local pets because he’s quasi-domesticated and lives with a dog, but residents should still give the cat plenty of space should they see him wandering through town. “Again, given they are natural predators and at the end of the day [it] is a wild animal, you cannot ever be 100 percent sure,” DeFina said of the exotic cat’s unpredictable nature. If you see Spartacus, it’s safer for everybody involved if you give him a wide berth — just like you would other wildlife.

*****UPDATE*****Good Morning Merrimack! The serval cat that was missing has been found. It was trapped near its home…

Thankfully, this story has a happy ending! The cat was “was trapped near its home and is in good health,” Merrimack police wrote on Facebook, noting that Spartacus had been reunited with his owners. Congratulations, Spartacus! We’re so glad you’re back home safe with your family.