A hound dog was found barely alive on the streets of Houston, Texas. It is unclear how long the poor dog had been living on the streets, but it had taken a tole on his body.

Houston & Harris County Animal Volunteers stepped up to help the suffering stray dog. He was found emaciated, missing fur, irritated skin and barely moving. They immediately put out a plea asking for donations for medical care and for a rescue group to save the sweet boy. He was named Evan and was immediately given food and blankets. 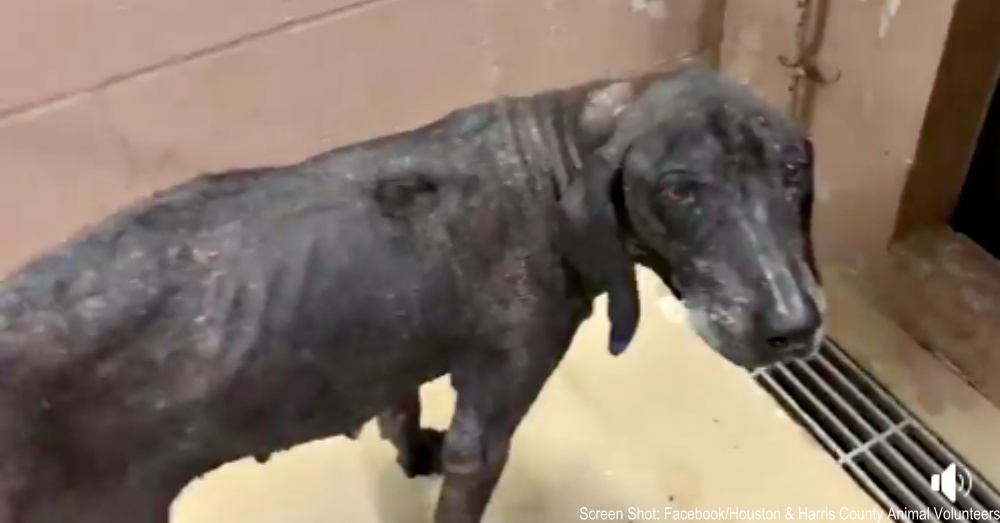 Having lived and slept on the cold street for so long, he was not sure what to do with the blankets. The videographer spoke softly to the dog and reassured him that someone would come forward and save him. She told him about soft beds, toys and how a vet would make him feel better.

Houston & Harris County Animal Volunteers posted, “Please help me. Life hasn’t been kind to me. I’m so close to giving up, but thankfully someone filmed me because she said it would save me. Don’t I deserve a chance?” 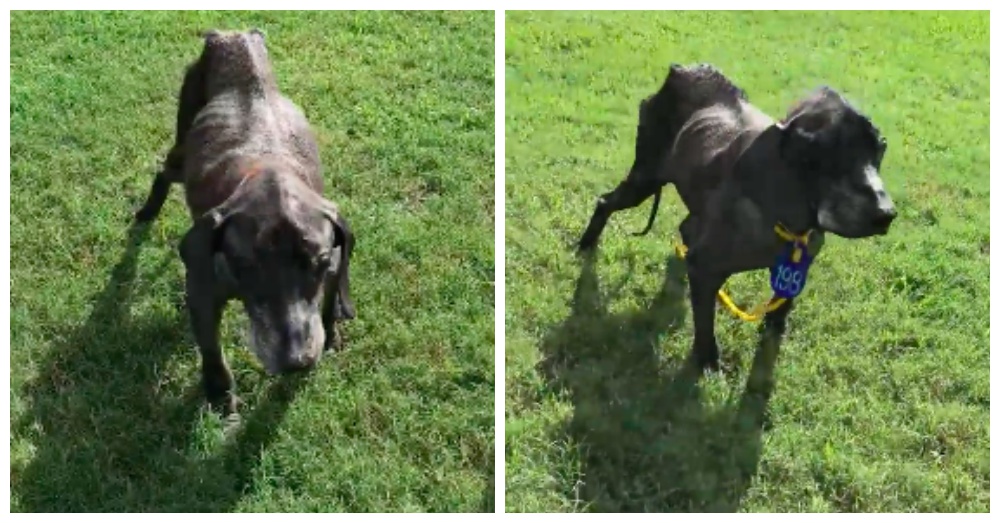 A couple arrived at the shelter, after losing their rescue dog that they saved 10 years ago. “We had asked the lady at the front desk that checked us in to just show us the most pathetic dog, because that is usually the one we end up picking anyway,” states the woman. They were shown Evan and immediately they knew that they had to help him. They put an adoption hold on him and said, “we are going to see if we can help this boy.” 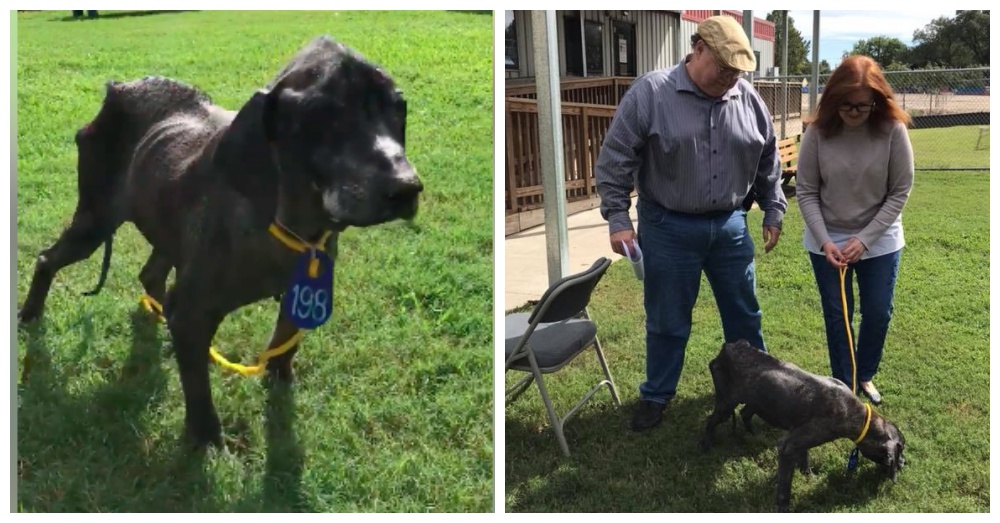 Their previous dog was in horrible condition when they rescued her, so they have experience rehabilitating dogs. While they have not decided on keeping his name or changing it, they are sure about saving him.

It is obvious that Evan has lived a hard life and deserves a loving home that can show him how great life can be. We wish him a speedy recovery.

Watch Evan interact with his new mom in the video below.

Blind And Deaf Dog Goes Wild When Her Dad Comes Home In This Touching Video: Click “Next” below!