She Got Separated From Her Family During A Wildfire And Was Extremely Depressed. Then, She Saw HER…

Sweet Pea, a black and white Spaniel Mix, wound up on a truck to Edmonton, Canada, with other pets who had survived the wildfire in Fort McMurray, but got separated from their families. They didn’t know much about Sweat Pea (they didn’t even know her real name, this is just one they gave her), but eventually they found one thing out about her: she had a canine sibling. 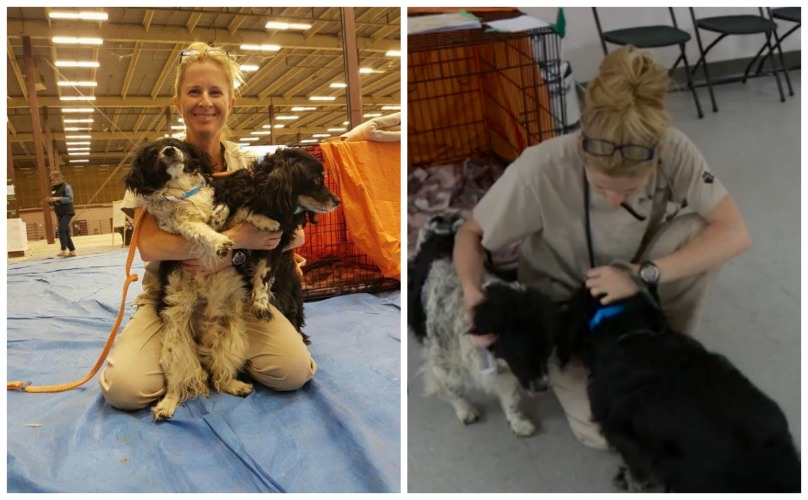 Her and her sibling were separated in the evacuations. But then fate brought them together. Sweet Pea was not doing well; she had a fever, diarrhea, and refused to eat or drink. She wouldn’t even lift her head up, she was so depressed. Her vet, Karen Allen, took her for a walk around the warehouse that all of the evacuated dogs were being held at. 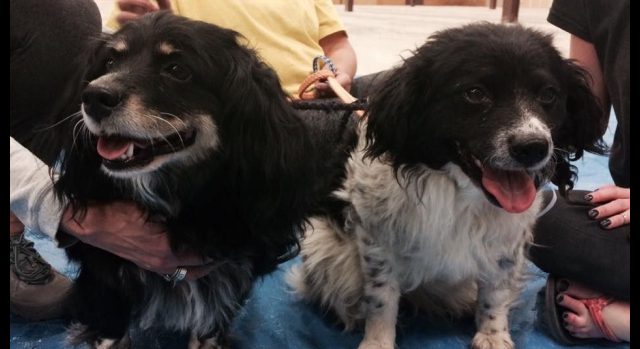 And that’s when she saw her. Another dog there, Scrappy, went absolutely crazy when she saw Sweet Pea. After being reunited, Sweet Pea was herself again. It was then that they realized that these two pups had come from the same home. They were sent to a foster home in Calgary, and then, luckily, their owner was found! They will be reunited with their human once he is settled back into his home.