The Trump Administration’s proposed cuts to the Endangered Species Act would change the way protection is granted to even the most threatened species in the United States, taking each on a case-by-case basis, and forgoing input from wildlife experts and biological studies for the opinions of lawmakers on Capital Hill. The changes could also leave species not yet classified as “endangered” without any protection whatsoever.

That includes the monarch butterfly.

The monarch’s yearly migration across North America sees millions of the insects travel from the prairies of Canada to the pine forests of Mexico, and back again. Along the way, they are finding new plantings of the milkweed plants they need to survive, largely thanks to conservation efforts led by grassroots organizations as well as federal programs. 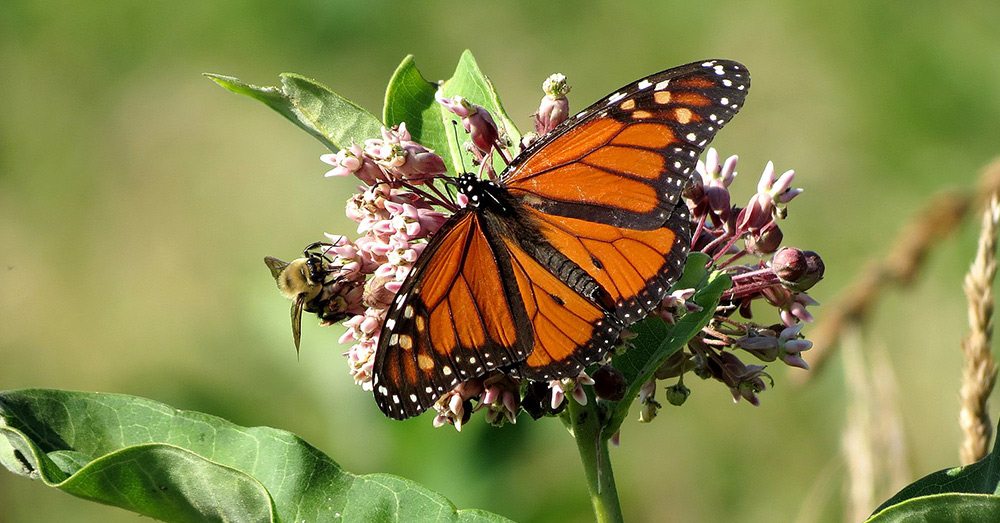 According to the U.S. Fish and Wildlife Service, the monarch population has “decreased significantly over the last 20 years.” A United Nations report concluded in May 2019 concluded that rapid development and climate change have escalated the rates of species loss. Massive areas of native milkweed habitat have been clear cut to make room for farms, reducing the monarch’s numbers by 90% in that time span.

“In the United States, there is a massive effort to provide habitat for monarch butterflies, imperiled bumble bees and other pollinators,” the USFWS website states. “There is no one group or agency responsible for providing habitat needed for monarch conservation. All organizations, agencies and individuals must work together to improve, restore and create grassland habitats to save monarchs.” 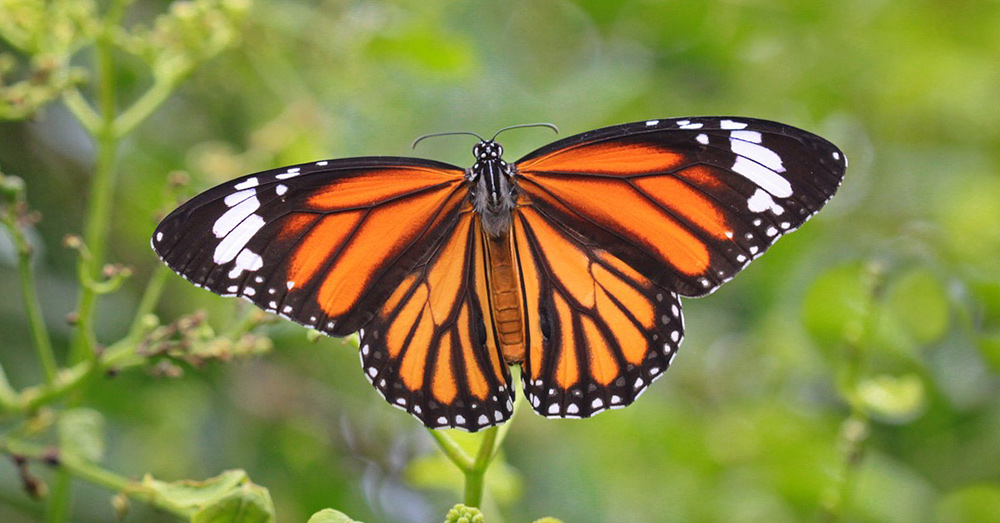 The monarch is currently under review by the USFWS, and may eventually be classified as endangered, but not until 2020, a delay that may put the species in greater peril.

“These changes crash a bulldozer through the Endangered Species Act’s lifesaving protections for America’s most vulnerable wildlife,” Noah Greenwald, endangered species director at the Center for Biological Diversity, told the BBC. “For animals like wolverines and monarch butterflies, this could be the beginning of the end.” 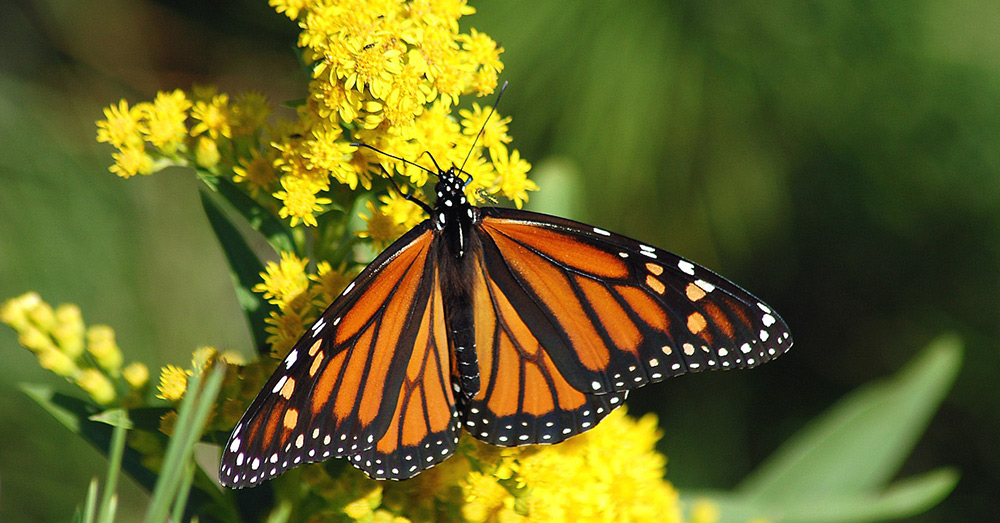 Source: Pixabay
Though not classified as endangered, the fate of the monarch could be sealed if their habitat is left unprotected.

According to Karen Oberhauser, director of the arboretum at the University of Wisconsin, monarchs stand out in the U.S., quite literally with their vibrant orange wings, and as both a symbol of the importance of environmental stewardship and a warning to those who take that work for granted.

“One of the reasons I think it’s so important to focus on monarch conservation is monarchs connect people to nature,” Oberhauser told the Associated Press. “They’re beautiful, they’re impressive, people have seen them since we were children.

“If the changes that humans are causing are leading to the decline of species that are as common as the monarchs, it’s scary. The environment is changing such a lot that monarchs are declining,” she continued. “I think that doesn’t bode well for humans.” 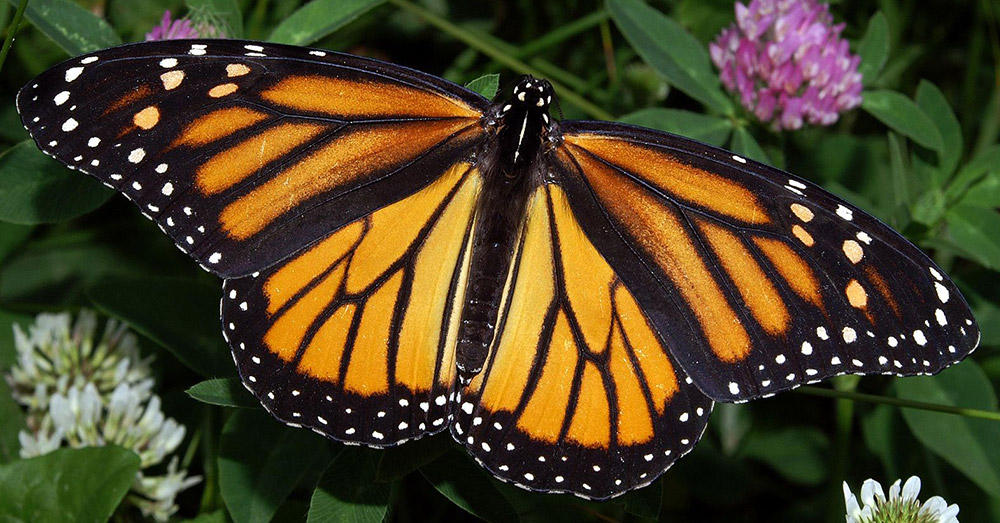 As the Hill reports, Interior Secretary David Bernhardt said the proposed changes to the ESA merely streamline the Act, and allow lawmakers to allocate funds where they make the most impact.

“The best way to uphold the Endangered Species Act is to do everything we can to ensure it remains effective in achieving its ultimate goal — recovery of our rarest species,” he wrote. “An effectively administered Act ensures more resources can go where they will do the most good: on-the-ground conservation.” 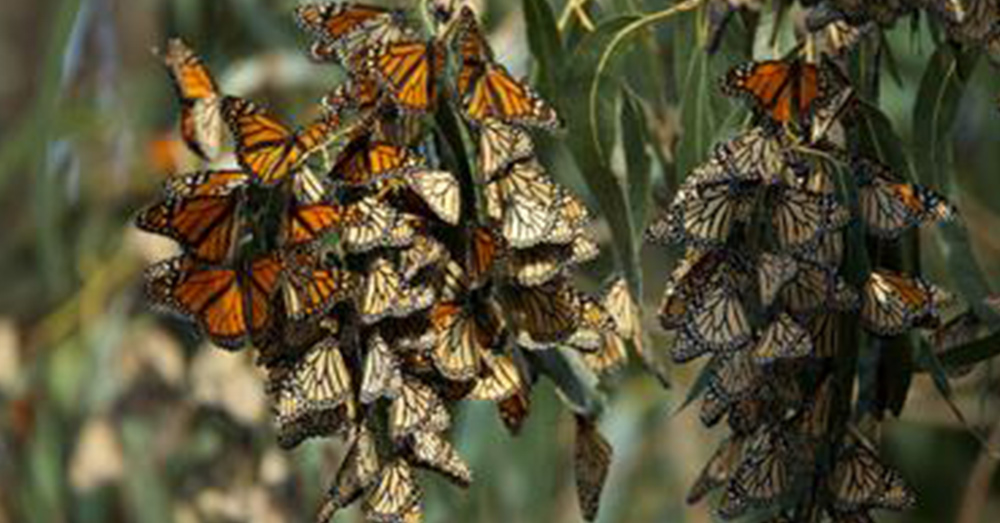 Source: California Department of Fish and Wildlife
Monarchs congregate in a pine forest.

That essentially means that lawmakers will now decide if revenue from soybean and corn fields, estimated in tens of billions of dollars, outweighs the cost of maintaining the swathes of milkweed critical to the monarch’s reproduction.

If monarchs fall on the wrong end of that math much longer, they may disappear before there’s any chance to save them.