In the global epicenter of the entertainment industry, a major step for animal rights has just been made. The Los Angeles City Council voted unanimously to ban the use of wild or exotic animals in any form of exhibition or entertainment, barring them from being displayed in circuses and sideshow acts, as well as being lent out for smaller private events.

As reported by the Humane Society of the United States, HSUS National Council member Cheri Shankar played an important role in garnering support for the ban, while Los Angeles City Councilman David Ryu directed it through government. The effects of this vote may prompt big changes in the entertainment industry. The last win for animal rights scored in 2014, which outlawed the use of bull-hooks in handling elephants, resulted in the century-old Ringling Bros. and Barnum & Bailey circus pulling all elephants from its shows and subsequently closing in January of this year.

Los Angeles joins San Francisco and several other communities on the east coast, as well as 35 countries around the world, in banning the use of wild animals for entertainment.

“Wild and exotic animals have a long history of being exploited for public and private entertainment,” Ryu wrote to the commission. “Treating animals in this manner has taught generations of people that it is OK to view wild and exotic animals as toys. It is time that the city of Los Angeles takes action to make clear that exhibiting such animals in this way is no longer in line with our city’s values.” 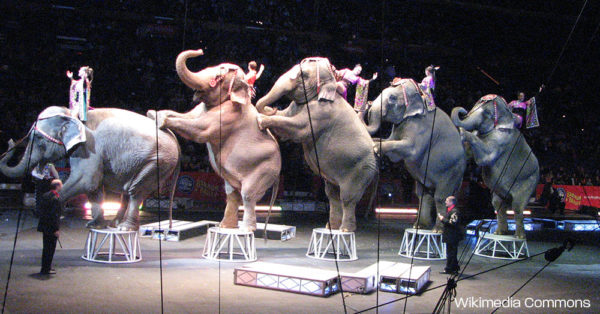 According to the Dodo, the nonprofit Animal Defenders International was also a major supporter of the ban and helped celebrate its passing.

“Animal Defenders International is working closely with Councilmember Ryu’s office on this effort and we know how determined he is to protect wild animals and the public from these cruel and dangerous acts,” wrote ADI President Jan Creamer. “ADI has repeatedly documented the suffering and abuse of wild animals in circuses. Circuses simply cannot meet the needs of wild animals in small, mobile accommodation. We applaud the Los Angeles City Council for taking this important step today to protect animals in entertainment.” 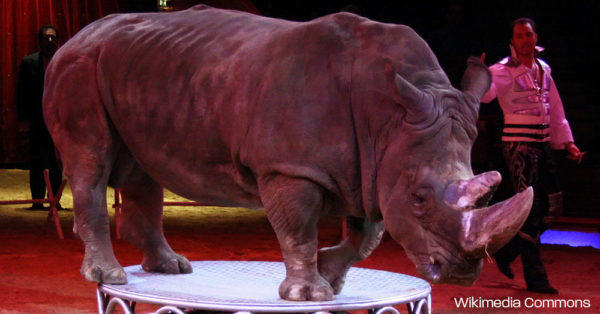 If public sentiment is any predictor, those protections may soon be confirmed in other cities across the U.S. A Gallup poll in 2015 found that a third of Americans believed animals should have the same rights as humans, while 62 percent felt that animal rights needed to be improved categorically.

In his book “Fall of the Big Top: The Vanishing American Circus,” David Lewis Hammarstrom maintains that circus attendance has declined almost 50 percent in the last 20 years, a trend that shows no sign of slowing.

“I don’t think people view the circus in the same way [today], because everything progresses,” Ringling Bros. Circus’s owner and CEO Kenneth Feld told Forbes in 2016. “The circus grew up in a time when there was no television and very little entertainment.” 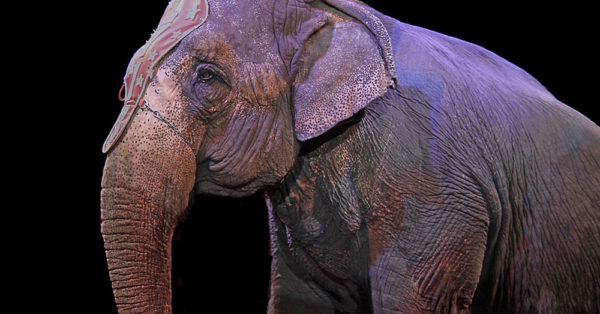 Following the closing of the Ringling Brothers and Barnum & Bailey Circus in May 2017, a number of wild animals were left without proper facilities to call home. Feld Entertainment has publicly stated that they are committed to finding “suitable homes” for all the animals, but they have failed to to elaborate on what constitutes a “suitable home.”

Click the button below to Help make sure Feld Entertainment does the right thing and protects these animals by sending every single one to an accredited sanctuary!

Ringling: Release Your Animals Only To Accredited Sanctuaries

Making sure each animal ends up in a sanctuary that can give them the best home isn’t going to be easy, but the legacy of Ringling Brothers and Barnum & Bailey Circus hinges on making sure the animals that made the circus famous end up living happy and full lives in retirement instead of in the hands of private owners, other circuses, or roadside zoos.
Barnum & Bailey Circus might be ending, but the animals still need safe homes!
Make a difference!