Plastic fishing nets- also known as ‘ghost nets’- are built strong and some can last 600 years in the water, but are deadly to animals that become entangled in them.

640,000 tonnes of fishing gear are left in our oceans each year. 870 nets recovered in the US contained more than 32,000 marine animals, reported World Animal Protection. 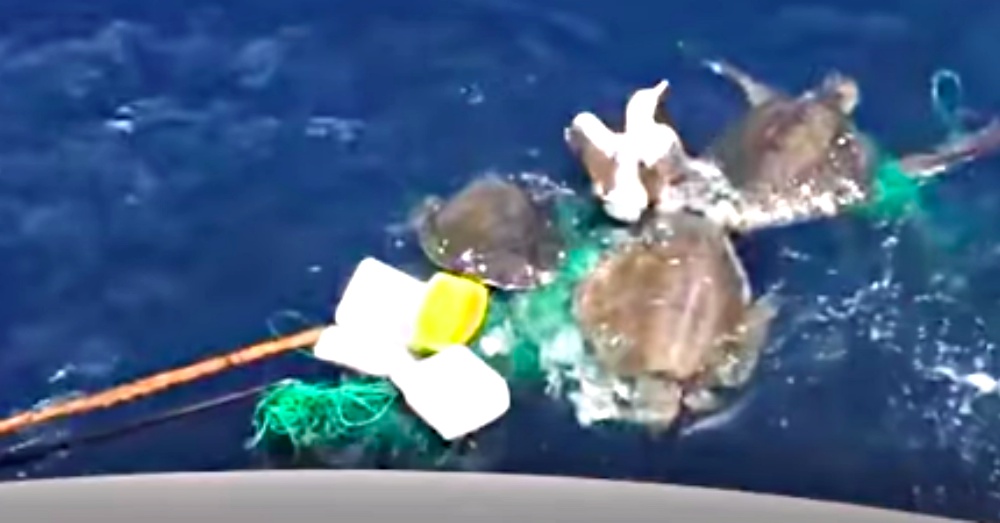 A group of fishermen, just off the coast of Guatemala, spotted three turtles and a bird entangled in a fishing net. The animals were struggling and trying to swim away but the plastic net was wrapped tightly around them.

The men pulled the net closer to the boat to try and help free the animals. The bird was the least entangled, so they quickly cut the plastic around its legs and set it free. 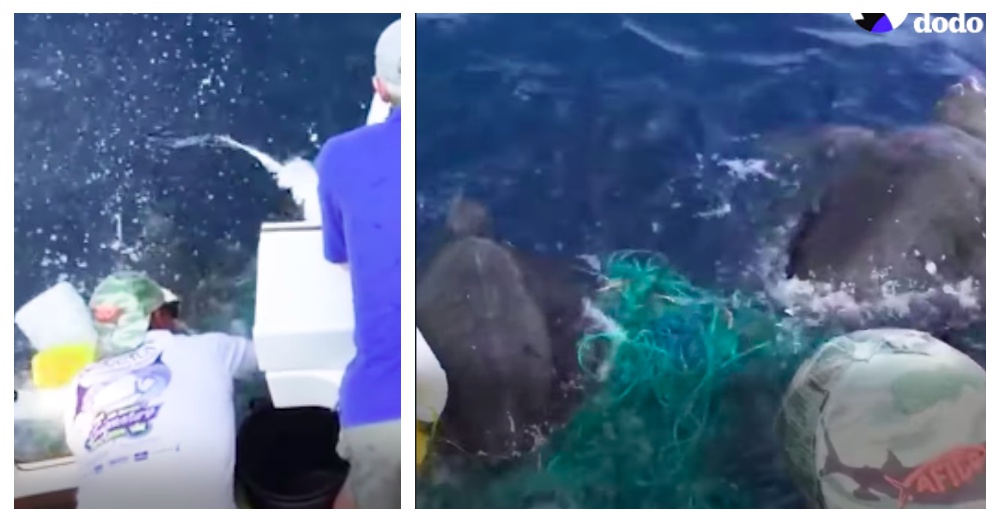 Next, they freed one sea turtle and then worked on freeing the others. One of the turtles had part of the net wrapped tightly around its neck and flippers. The men continued to cut the net and unwrap the plastic from the turtles. Finally, the second one was free and it swam away.

The final turtle had part of the net wrapped so tightly around its flipper that it was swollen. The men quickly cut and removed the net. The turtle swam away and then even looked back in appreciation at the fishermen. 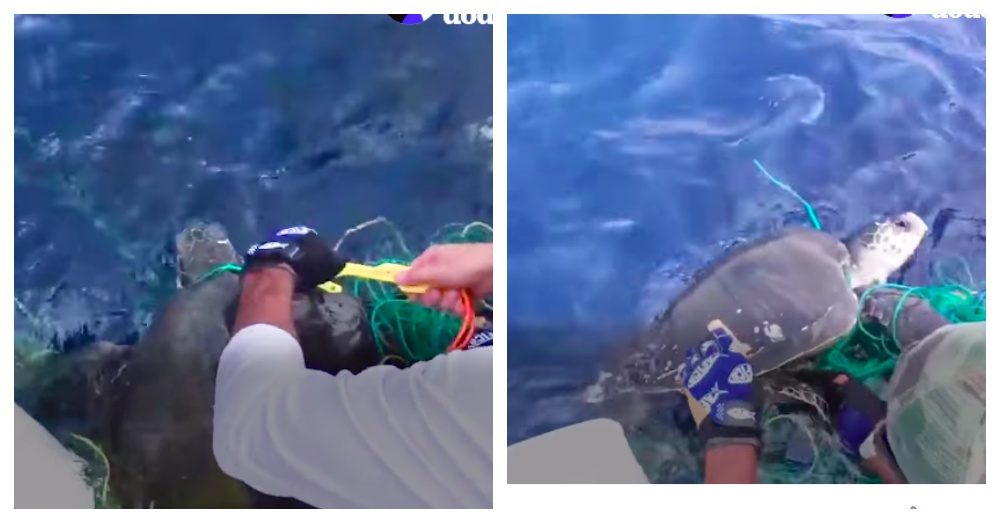 The men collected the rest of the abandoned net and took it to shore to dispose of properly. Watch the heroes in action in the rescue video below.