These Dogs Are Saving Endangered Animals Around The World

There’s a place in Wales where secret weapons in the fight against poachers are being trained for their first mission. They have superhuman smell, the ability to secure the same amount of territory as seven wildlife rangers, and they’re covered in fur.

Conservation canines are working in Africa, India, and Polynesia to protect native wildlife against illegal poaching and invasive predators, and track threatened species with minimal interference.

“Although dogs are not a silver bullet in the fight against poaching they are a huge security force multiplier,” Daryll Pleasants, the founder of Animals Saving Animals, told BBC Earth. 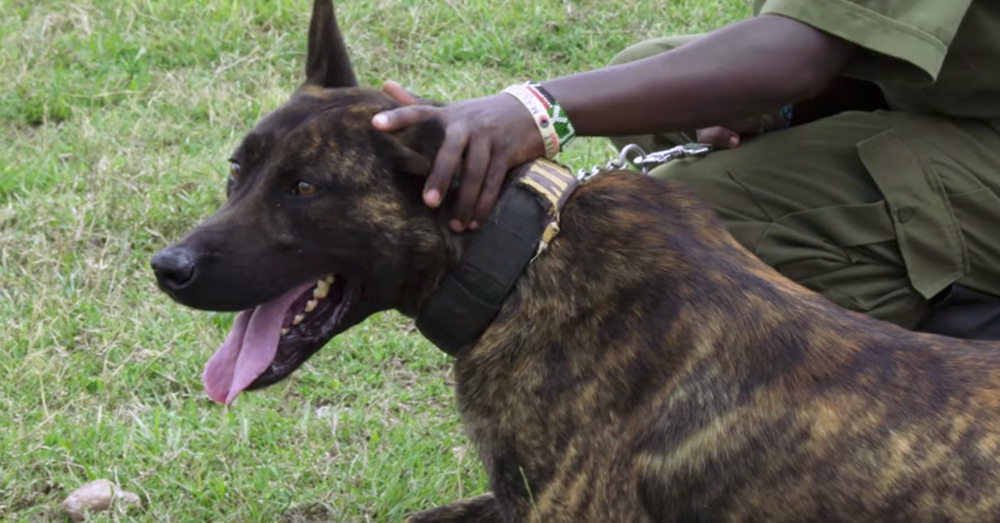 Outside the UK, conservation canines are also trained at the University of Washington. There they learn to use their heightened sense of smell to find the scat of endangered or threatened species around the world, including wolves, tigers, orcas, bears, and mice. The scat is analyzed back at a lab, helping researchers understand more about the animals’ health and movement.

“Sampling with detection dogs also tends to be far less biased compared to traditional wildlife detection methods (remote cameras, radio-collaring, hair snags, and trapping),” the program website states. “No other method can acquire such a vast amount of reliable information in so short a time, making this approach incredibly valuable for conservation planners and land managers.” 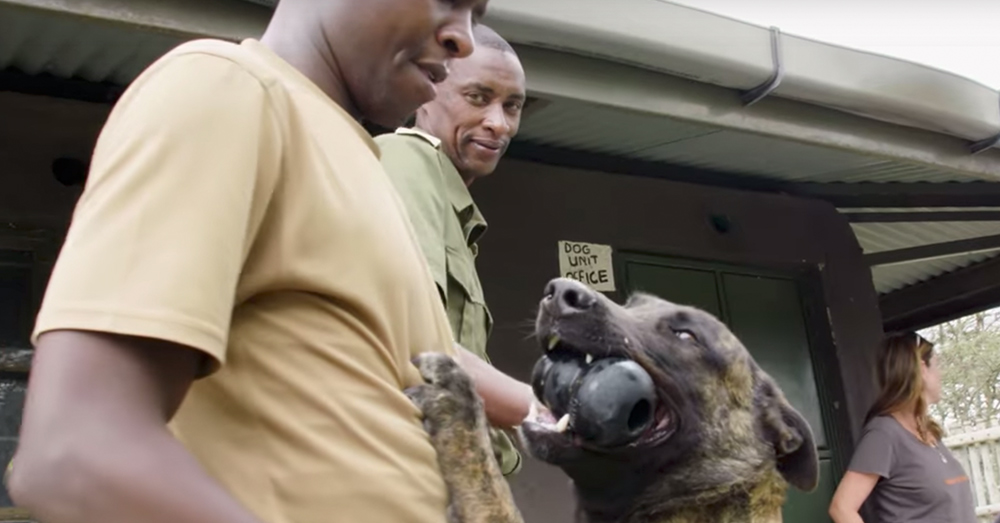 Source: YouTube/Barcroft Animals
The best candidates for canine conservationists are agile and smart.

In Kenya’s Ol Pejeta Consevancy, Belgian Malinois dogs are used to protect some of the most endangered animals in the world. The Malinois breed is chosen for its speed and agility, even in harsh conditions. Poachers are smart, but the Ol Pejeta Conservancy’s anti-poaching dog unit is quick enough to outsmart them.

They have to be when endangered lives are on the line.

The Malinois make great conservancy canines but not every dog on an anti-poaching squad has been bred for the job. Working Dogs for Conservation (WD4C), based in Montana, has found that rescued shelter pets can handle the task just as well.

Wildlife biologist and dog expert Megan Parker and her team train the dogs by rewarding them with their favorite toy every time they pick out the right scent. 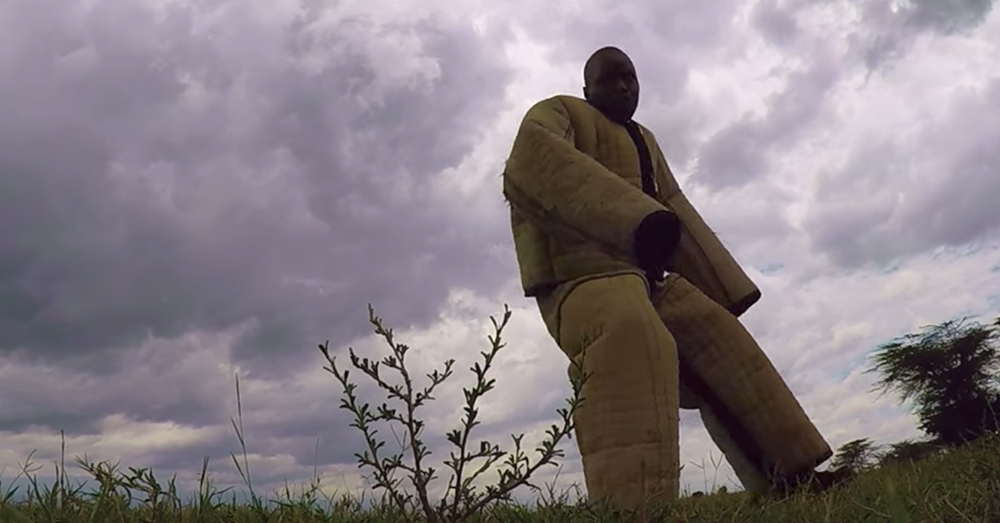 Source: YouTube/Barcroft Animals
A trainer dressed in padding helps a canine conservationist learn how to take down poachers.

According to ideas.ted.com, dogs from WD4C have been able to pick up “anything from elephant ivory and poachers’ guns in Zambia and trafficked snow leopards in Tajikistan to predatory Rosy wolf snails in Hawaii and invasive Argentine ants on California’s Santa Cruz Islands,” all while being careful not to disturb the actual wildlife.

Learn more about Parker and WD4C in the video below.

Florida’s Coral Reefs Are Dying, And These Special Forces Veterans Are Trying To Save Them: Click “Next” below!