North Atlantic right whales are critically endangered, with fewer than 400 remaining in the world.

One of the largest threats right whales face are injuries by ships – which has sadly just claimed the life of a baby right whale in Florida.

On February 13, a two-month-old male calf washed ashore at Anastasia State Park near St. Augustine with propeller wounds on his head and back.

The 22-foot deceased whale is believed to be the first infant of a 19-year-old whale known as ‘Infinity’. The calf was first seen alongside his mother on January 17, 2021, off Amelia Island, Florida.

Biologists immediately began to search for his mother to see if she was also injured.

Three days later, an aerial survey team found Infinity alive off the coast of Georgia, but with new injuries. They reported, “Infinity has two new cuts on her left side suggestive of a vessel strike.”

A group of scientists are performing a necropsy but believe the calf was fatally struck by a ship. Vessel strikes are a major threat to the endangered species. 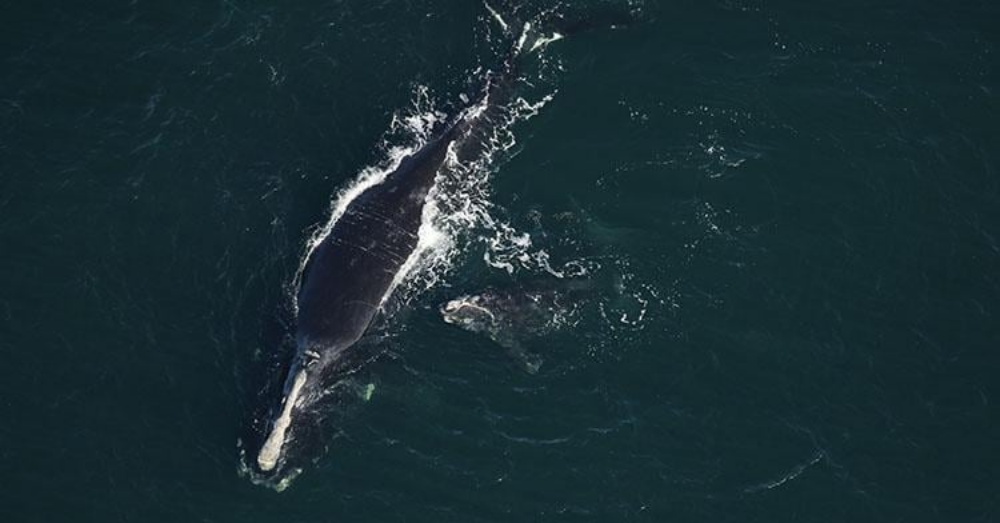 “This is a very sad event,”said Blair Mase, a whale expert with the National Oceanic and Atmospheric Administration (NOAA). “Every mortality that occurs really has a devastating impact on the population as a whole, because they are one of our most critically endangered whales in the world.”

Right whales have been listed as endangered on the Endangered Species Act for nearly fifty years (since 1973), but their population continues to decline.

Since 2017, the right whale population has experienced 32 deaths and 14 serious injuries, resulting in what biologists are calling an ‘unusual mortality event’. In addition, the species only has 70 breeding females left.

At this rate, biologists warn the species faces functional extinction within ten to twenty years.

Conservation groups recently sued the federal government to reduce the speed limit of all size ships along the Atlantic Coast to protect the whales.

“Vessels of nearly any size can injure or kill a right whale. The faster a vessel is traveling when it hits a whale, the higher the likelihood of serious injury or death,” states NOAA.

They urge people to be on the lookout for these large mammals and do their part to protect them. “The protection of these animals is in the hands of all mariners on the water. Slow down and remain alert while traveling through areas where right whales are found,” posted NOAA.