Cat Who Was Depressed After Losing Her Kittens, Finds Happiness In Orphaned Kitty Who Needed A Mom

Ember, a mama cat, was left heartbroken after she lost her kittens to a severe illness. At the same time, a tiny kitten named Flame was brought to the Atlanta Humane Society, in need of a mother to help raise him and care for him, since he was too young to be on his own.

Staff at the humane society came up with the brilliant idea of introducing Flame to Ember. They figured that Flame needed a mother, and Ember had just lost her babies, so maybe they’d make a perfect match. 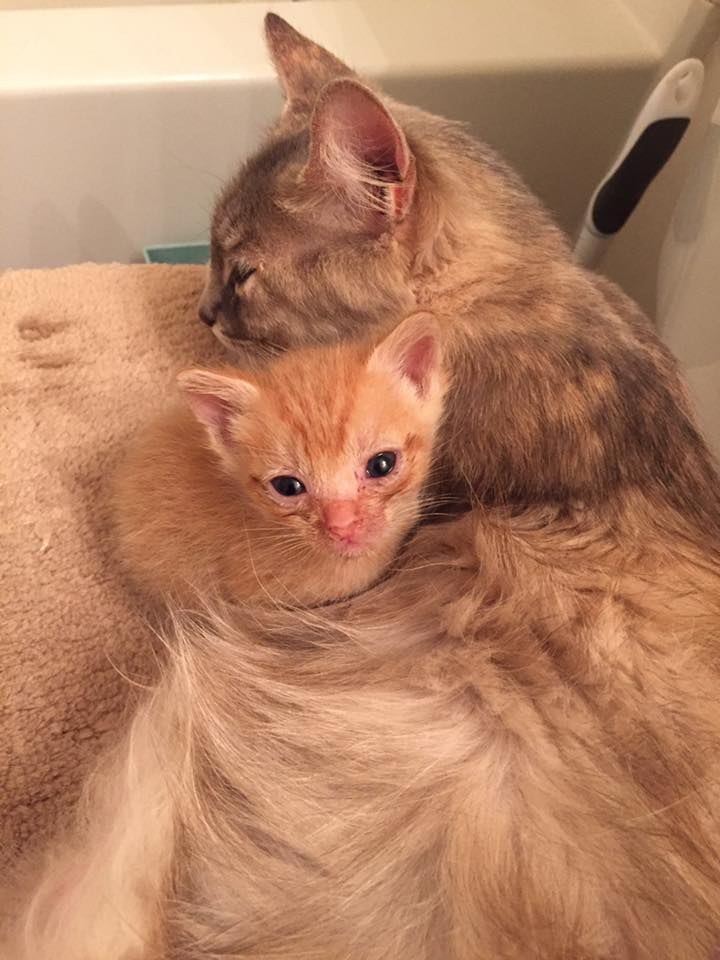 They were unsure if Ember would accept Flame, but once they introduced them, all of their worries were put to rest. Ember began snuggling him and cleaning him the second she saw him. She even encouraged him to feed! 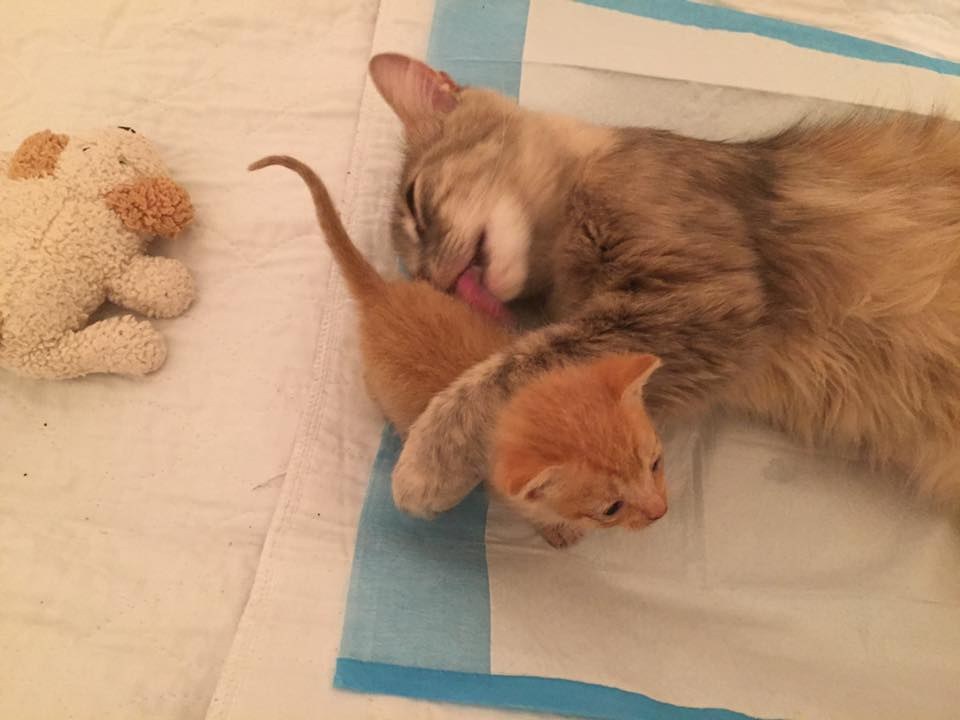 They went into a foster home together, and their bond grew stronger each day. Flame gave Ember purpose again, while Ember helped Flame feel safe and loved. 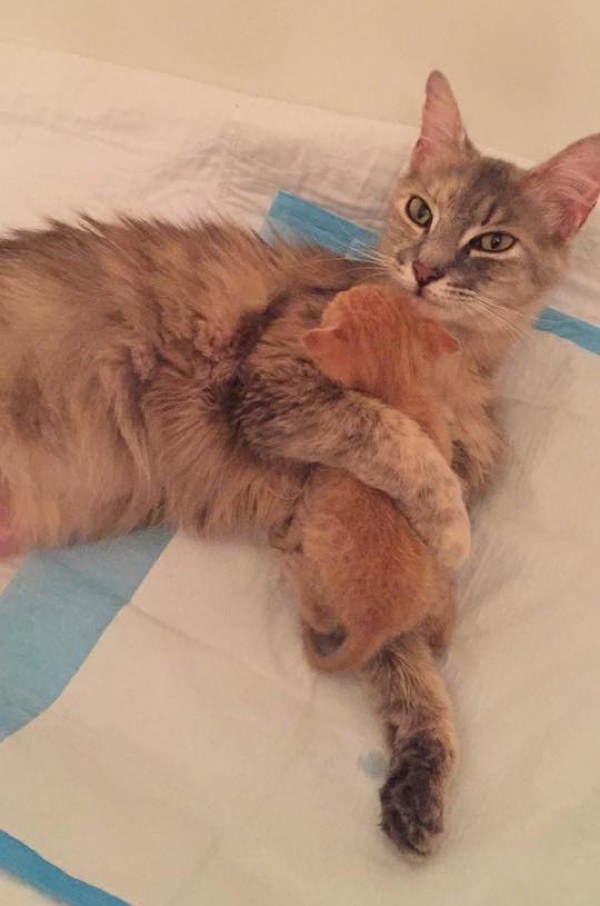 “With Ember grieving the loss of her kittens and Flame with the loss of his mother, the two were destined to become their own little family,” the rescue told People.com. 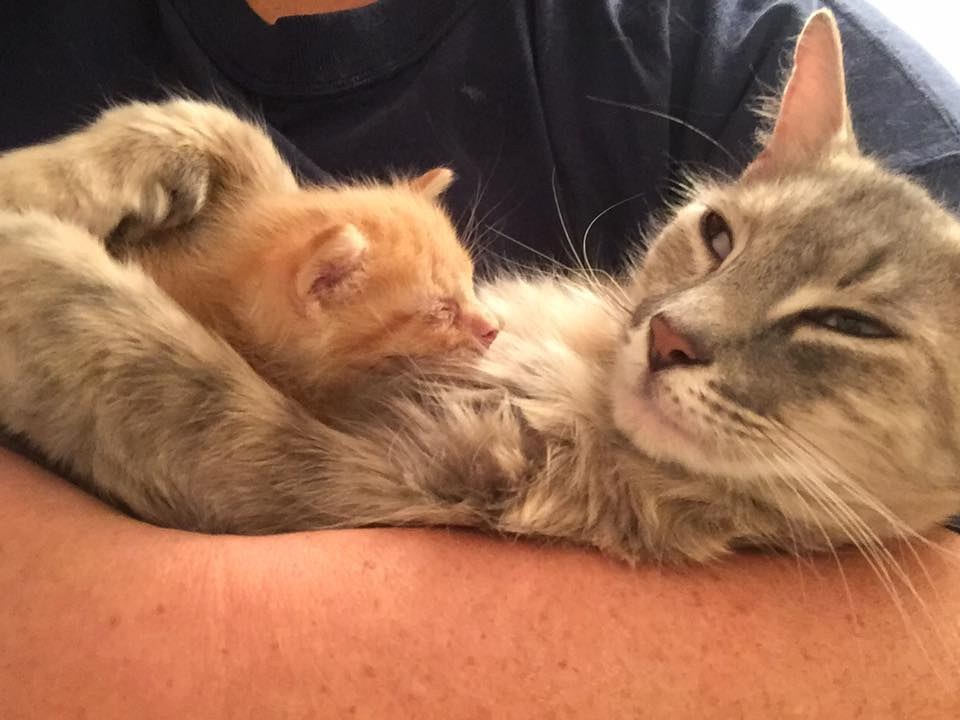 Watch these two adorable cats together in the video below. Their love for each other is so heartwarming to see! I’m so happy these two found each other.