Four emaciated dogs – Firefly, Sugar, Solly and Chuck – were taken in by Best Friends Animal Sanctuary from a breeder in the Midwest who sells hunting dogs.

They were examined by veterinarian Patti Iampietro and evaluated on a medical level, and the results were extremely saddening. All of the dogs were starved and so skinny that you could see their bones. Two of the four dogs had very severe heartworm disease, to the point where they were coughing and had trouble breathing. 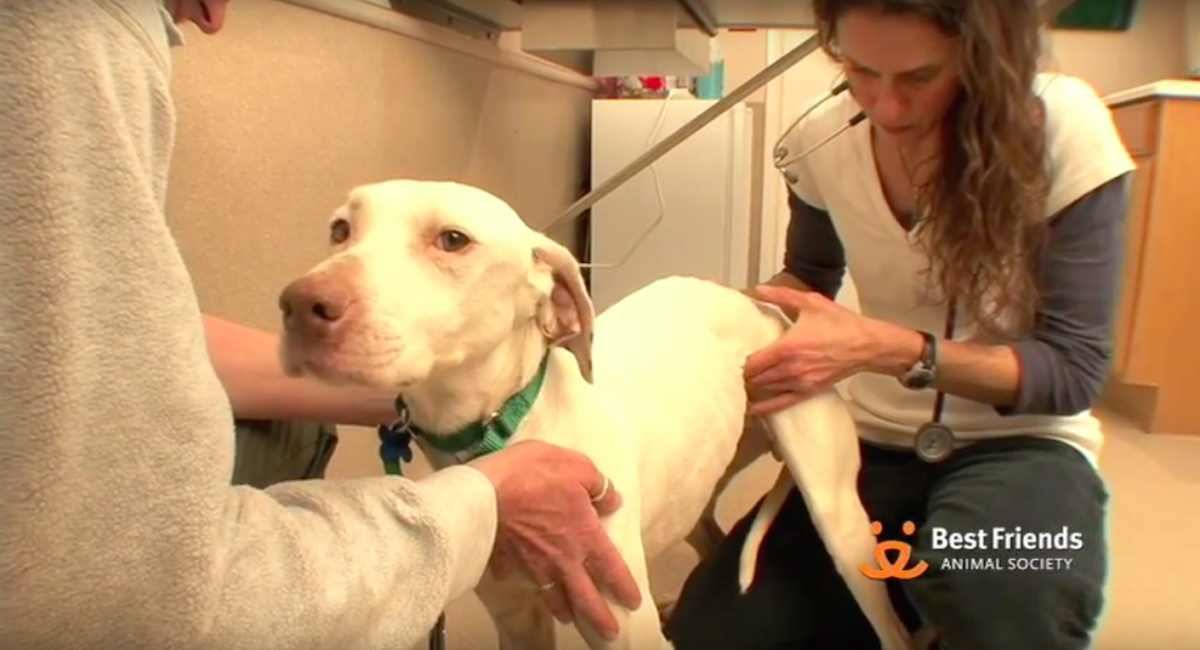 The dogs were so sick and weak that they had to be carried into their runs at the sanctuary. Not only were they in bad shape physically, but they were in bad shape emotionally as well. They were very scared and timid after everything they had been through. 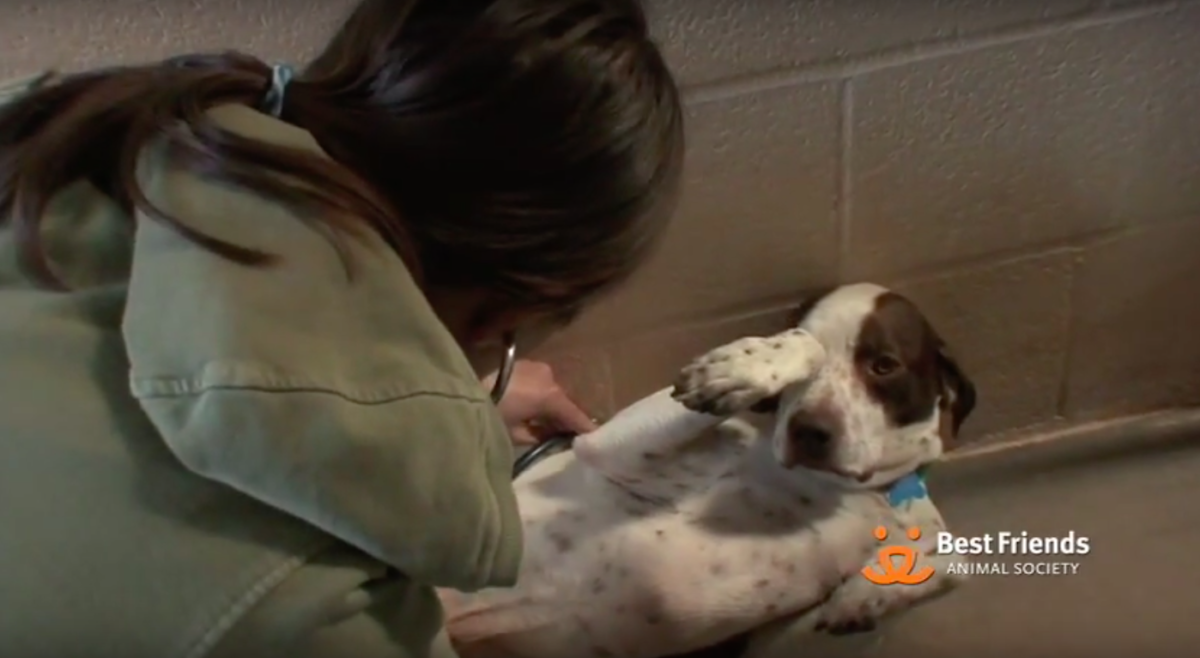 One of the dogs who had heartworm disease, named Firefly, also had horrible infected wounds on her legs, which was a direct result of neglect and poor nutrition. 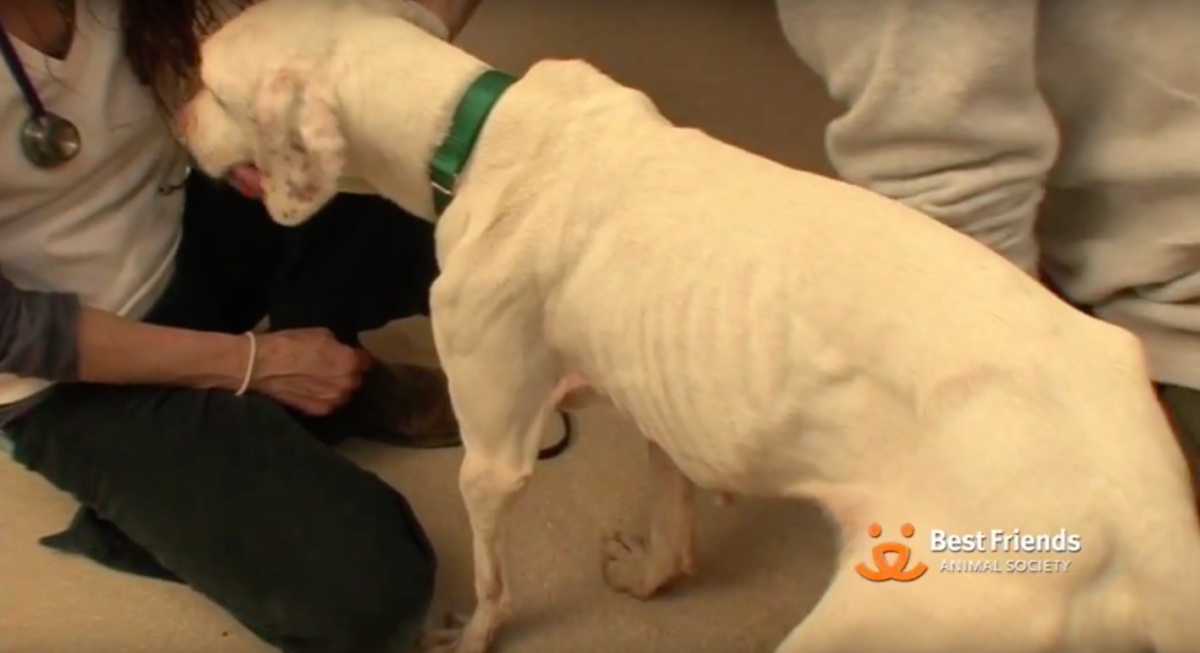 On a scale of one to nine – one being so emaciated that they’re on the brink of death and nine being extremely overweight – the vets rated these dogs a two, which is very close to death. 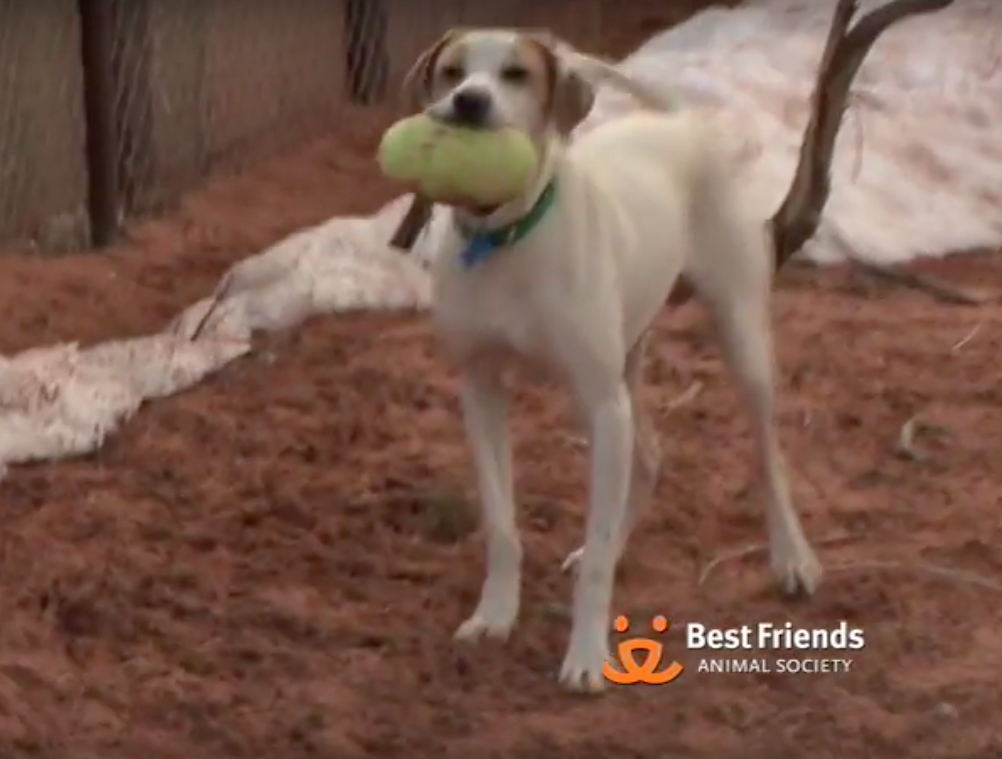 Two months later, all four dogs were doing so much better! They all gained the weight they needed to gain, Firefly’s wounds healed, and all of their physical ailments were being dealt with.

They were also so much more outgoing and had so much more confidence. They broke out of their shells, loved to play, and each had a new favorite toy. For the first time, they finally got to be dogs! Watch their transformation in the video below: