Surf Dog Ricochet is a wonderful therapy dog who is well-known for her charity work. This good girl is renowned for bringing both smiles and surfing skills to veterans, kids, and other animals alike.

However, just because this cutie pie is so charitable, doesn’t mean she’s entirely an angel. This canine also has a mischievous side to her that she only lets out around the holidays – but it’s all in good fun. 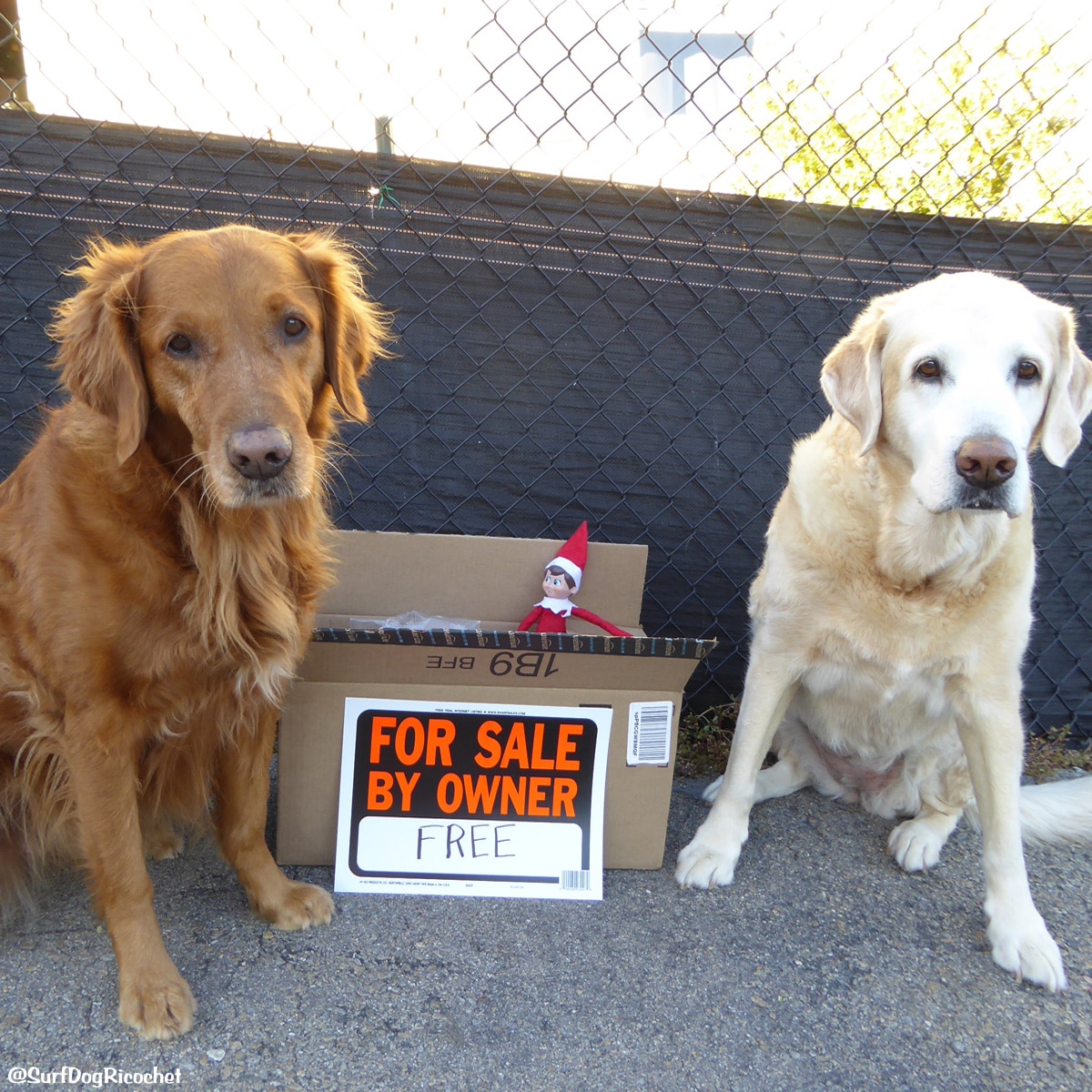 Ricochet and her younger sister Cori are currently embroiled in a “prank war” between them and the Elf on the Shelf who is staying at their house for the holidays. The prank war is an annual tradition going on the whole month of December right up until the New Year. 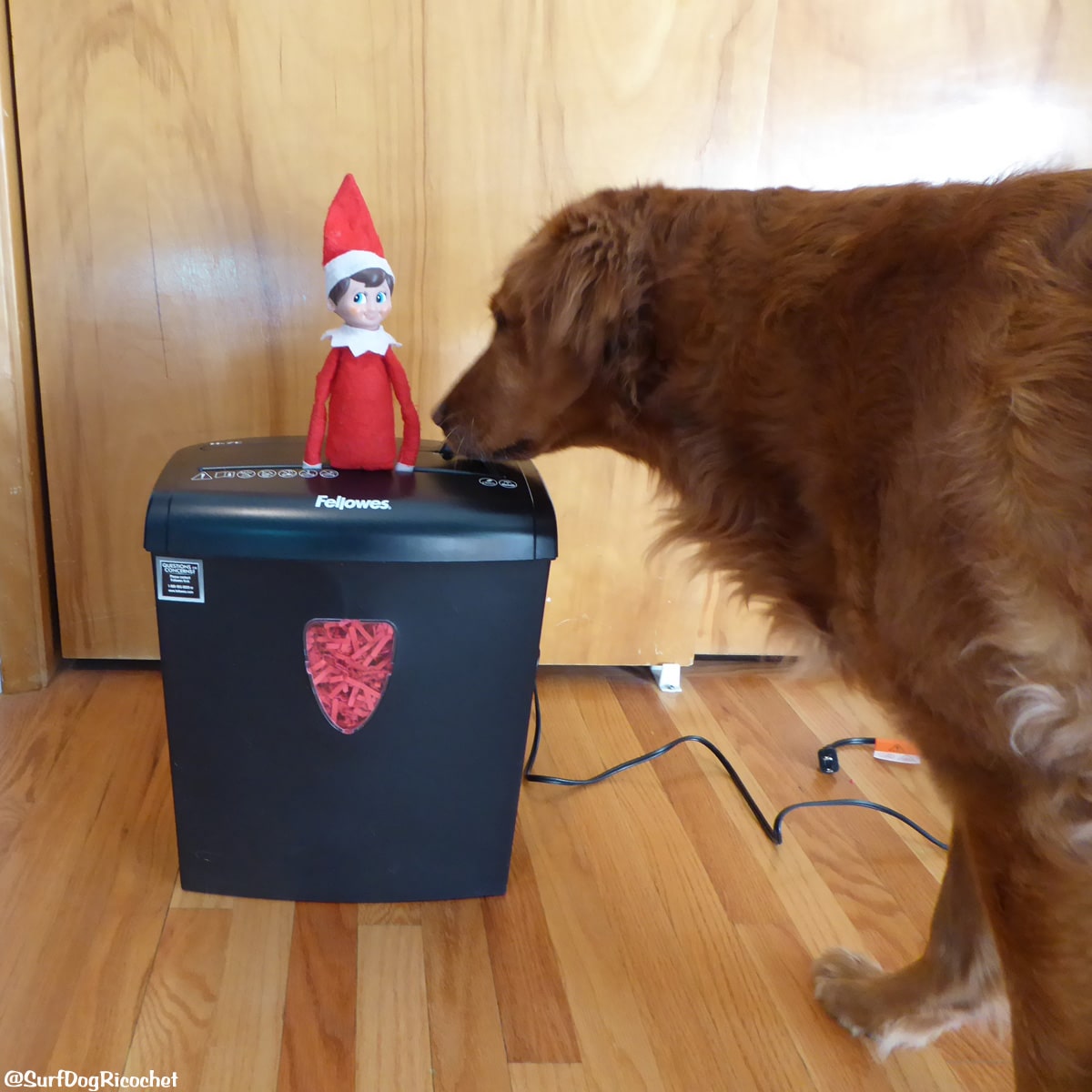 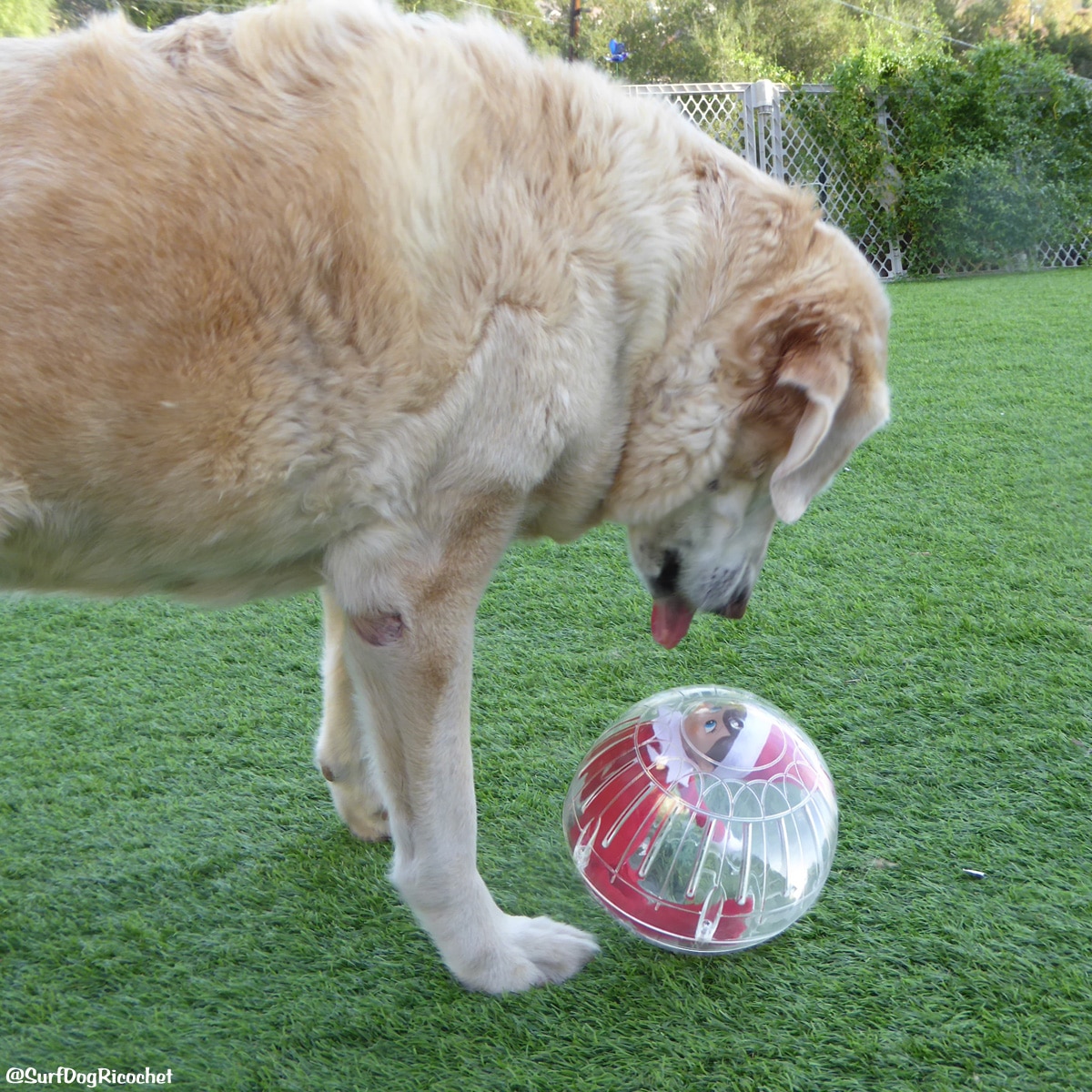 And while these two canines have been pulling out all the stops and tricks that even “Home Alone’s” Kevin McCallister could learn from, the Elf on the Shelf remains steadfast and has pulled a few over on the dogs themselves. 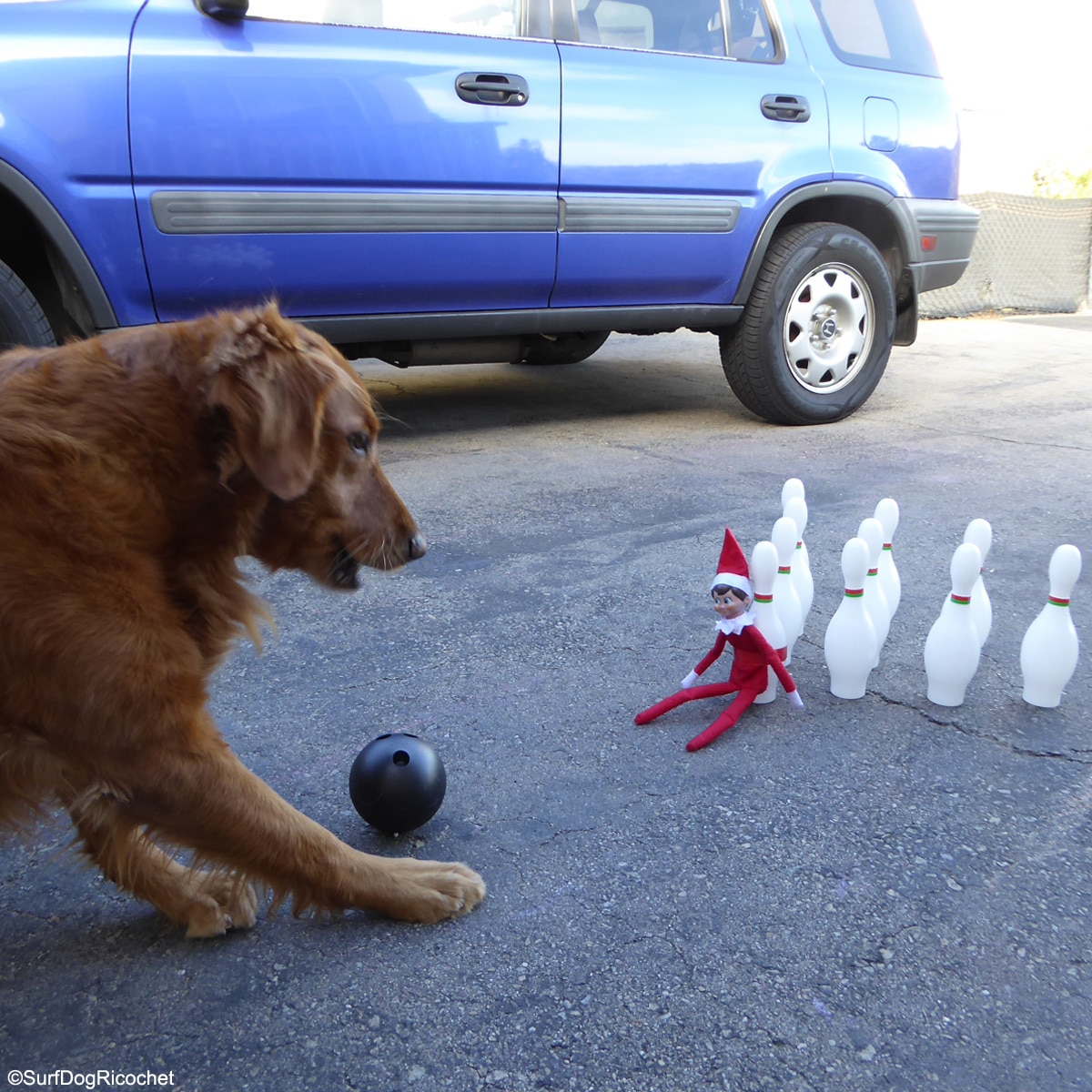 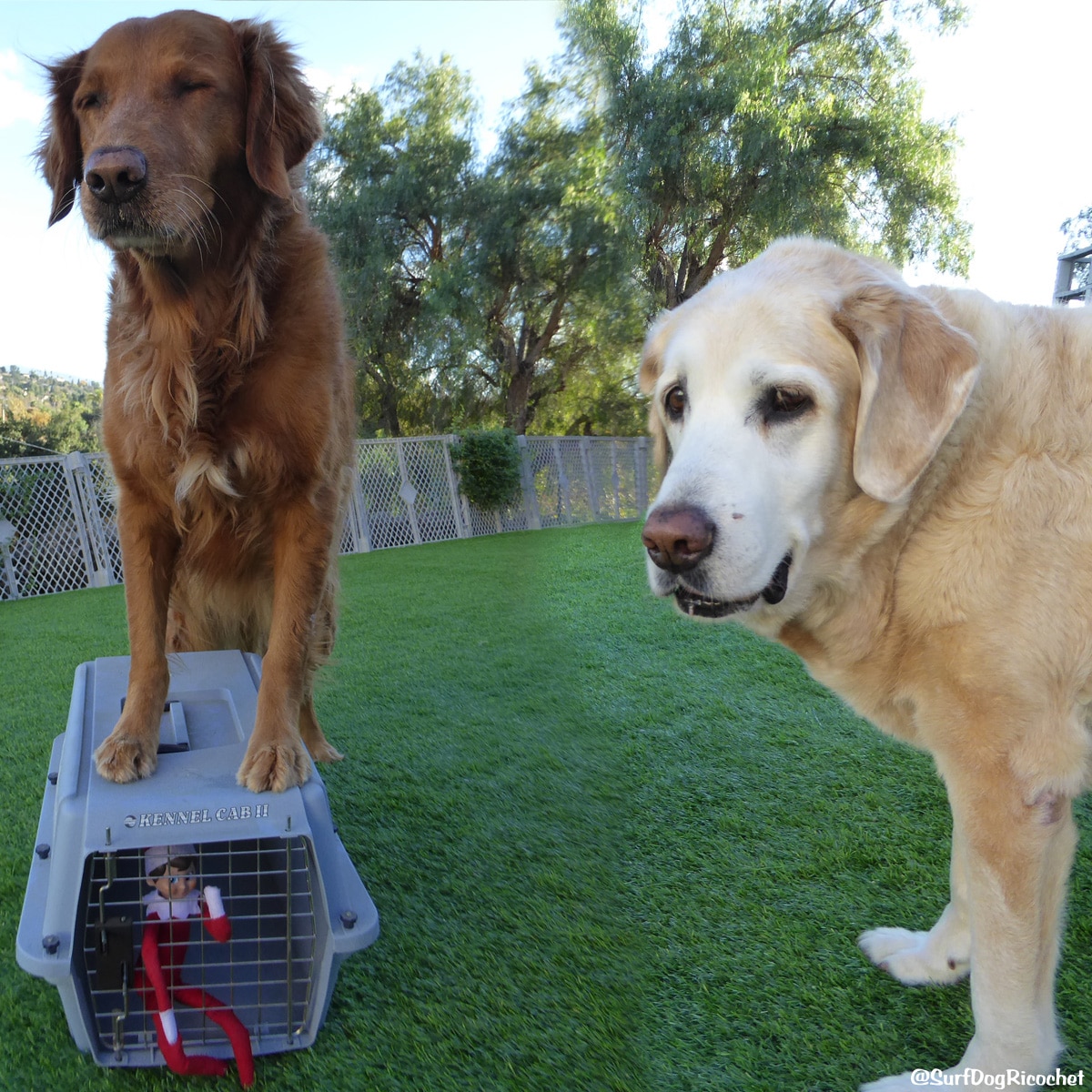 Some of what Ricochet and Cori have tried is locking up the elf, shredding the elf and bowling the elf – however, he just keeps coming back. 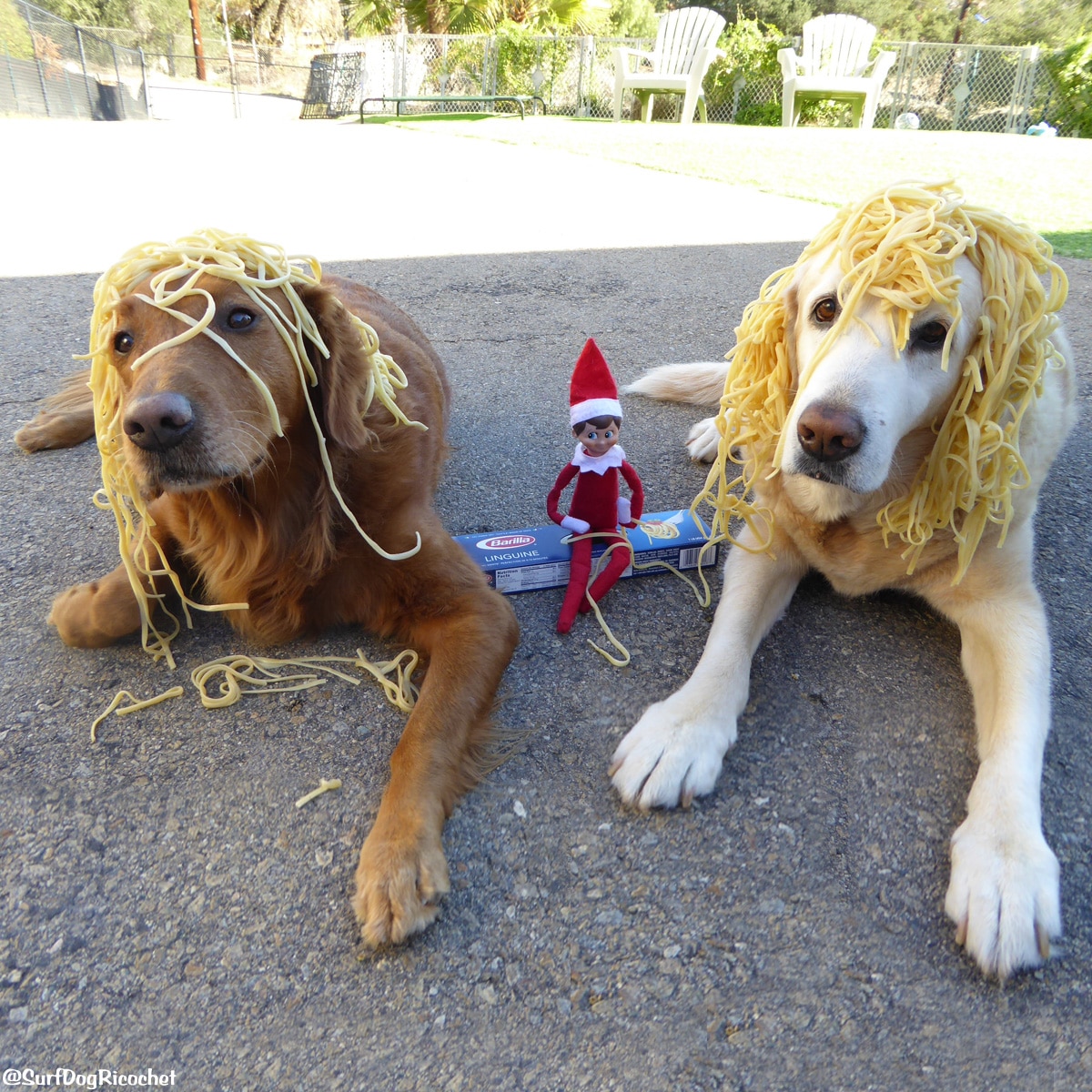 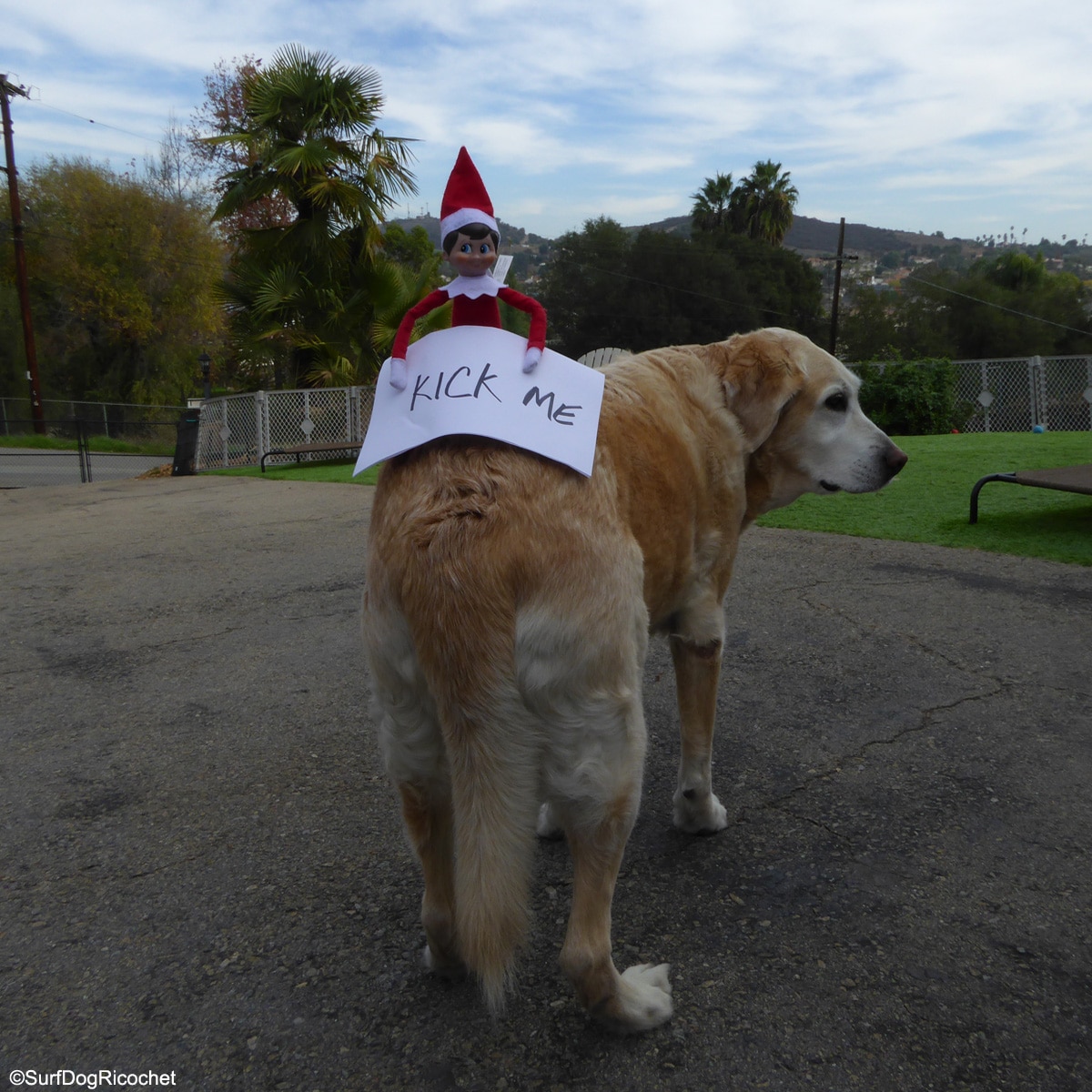 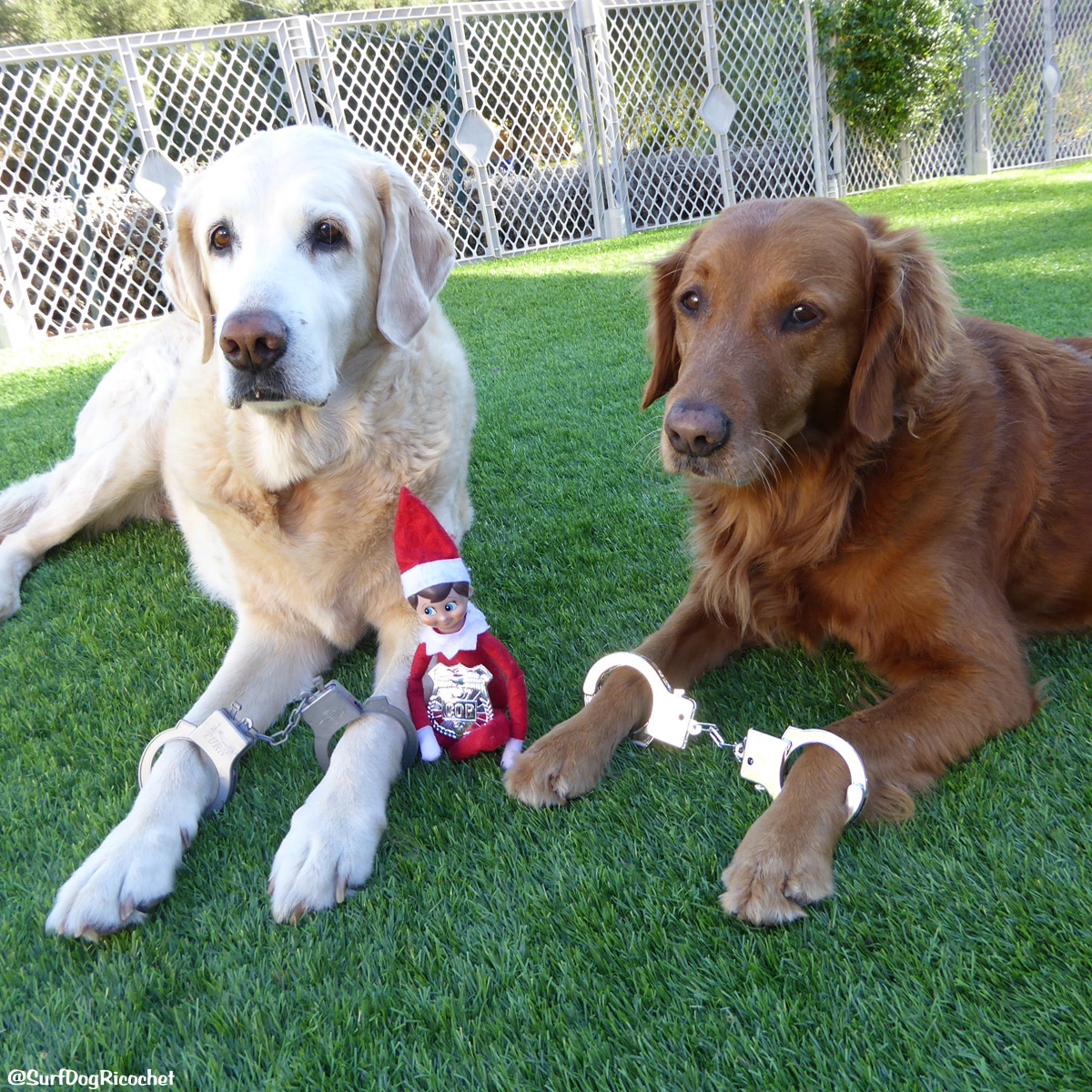 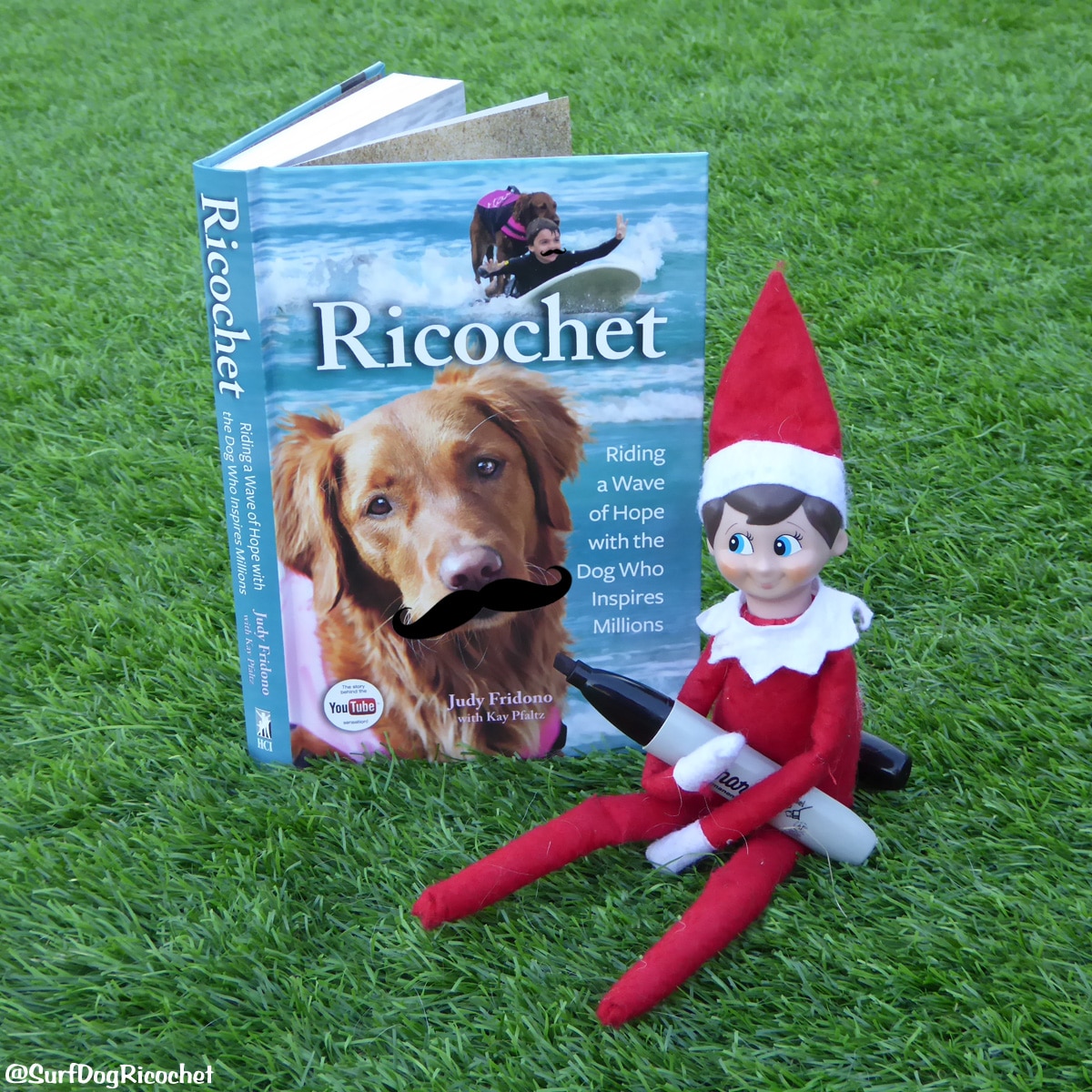 As you can clearly see, this elf has quite a few tricks up his sleeves. To see keep up to date on the latest holiday war from Ricochet, Cori and the Elf on the Shelf, visit Ricochet’s Instagram.