Adult Elephants See A Calf Drowning In The Pool, Then Work Together To Rescue Him

A baby elephant and an adult elephant were hanging out by the pool of water at the Grand Park Zoo in Seoul, South Korea, trying to cool off during the hot summer day.

As the calf was drinking the water, he got a little too close to the ledge and fell right into the pool. 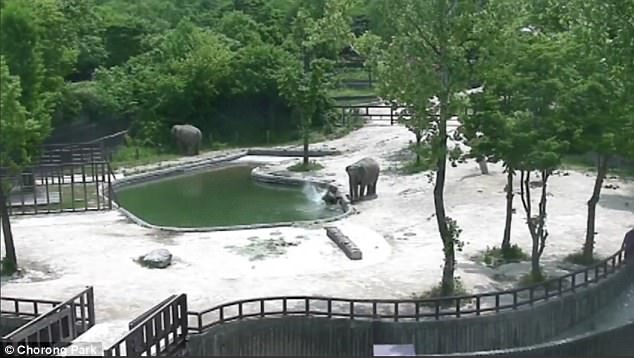 The poor baby was flailing around, sinking under water and struggling to stay afloat. The adult elephant who he was standing next to, began to panic, hovering her trunk over the water while she was trying to figure out how to save this poor baby. 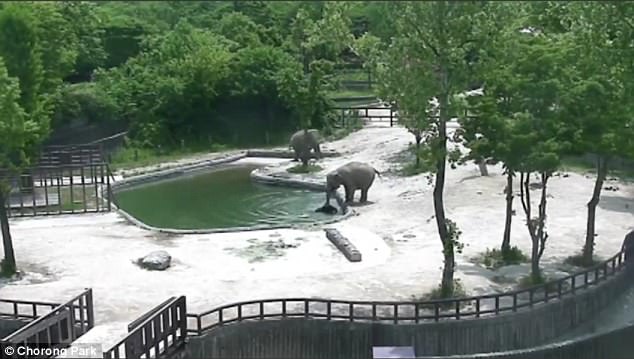 That’s when the other adult elephant on the other side of the pool came running over to help. But the calf wound up floating toward the center of the pool and was unable to keep his trunk above the water. 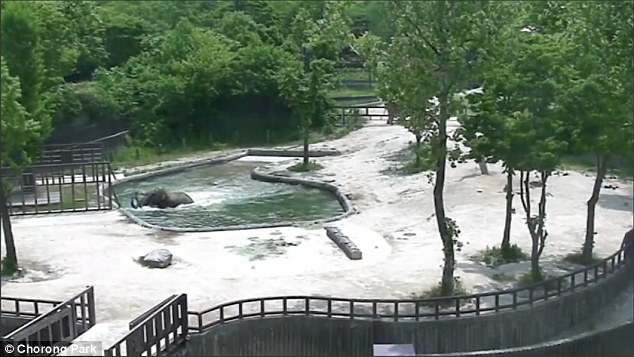 But of course his family didn’t give up. They both ran into the pool and guided him out of the deep end together, using their trunks to hold him up. The three of them walked out of the pool together, and thankfully the baby was okay. Hopefully he’ll be more careful next time! If you look closely, you can see another adult elephant in the video running back and forth in a different enclosure; this elephant was clearly distressed and worried about the calf. It’s amazing how intelligent these animals are! 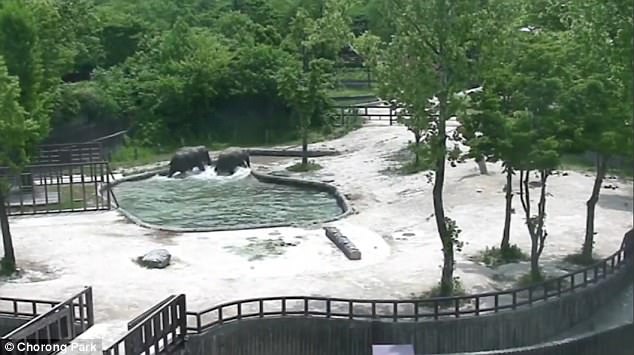 The whole rescue was caught on video by surveillance cameras near the enclosure. Watch for yourself in the video below: