Elephant ‘Trainers’ Shown Standing On Elephant’s Neck, Pulling Its Ears As It Struggles To Swim Underwater

Elephants are some of the gentlest, most intelligent creatures in the world, which makes it all the more heartbreaking when we hear of one being treated unkindly.

An elephant at the Khao Kheow Open Zoo in Thailand was being forced to swim underwater, her suffering quite visible, as a trainer stands on her neck and pulls her ears.

According to the Dodo, this is just the tip of the iceberg when it comes to the horrors these animals face. 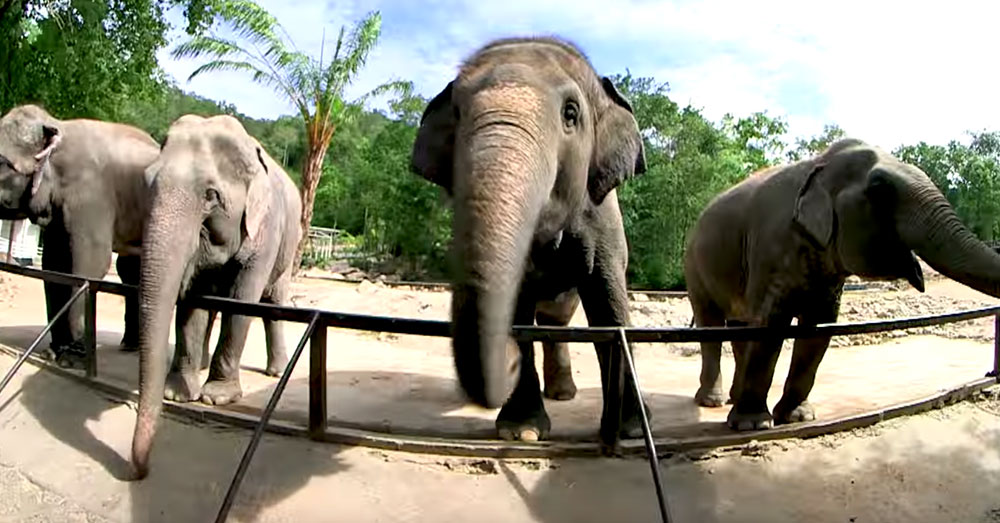 The elephants are trained to “swim” through physical and psychological abuse, experts say. Sharp bullhooks are often used by the mahouts who pose as “trainers,” though it’s clear their animals have developed an aversion to the tool.

“For the bullhook to be effective, an elephant must be taught to fear the device and learn that compliance with commands avoids a painful consequence such as being hit, stabbed or beaten,” Catherine Doyle, director of science, research and advocacy for the Performing Animal Welfare Society, told The Dodo. “As long as an elephant associates the bullhook with pain, and remains fearful of it (through repeated reminders by handlers), the mere presence of the device is menacing enough to control an elephant.” 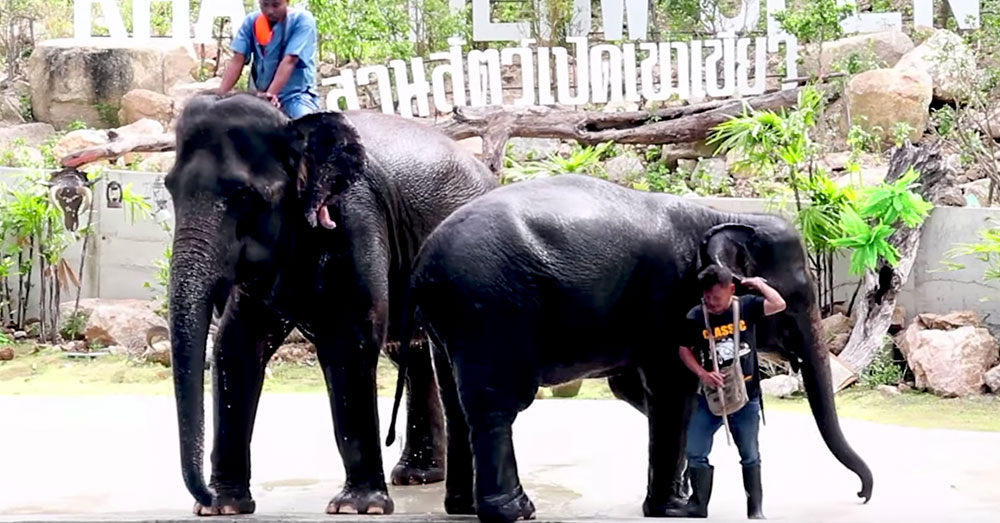 Source: YouTube/สวนสัตว์เปิดเขาเขียว Khao Kheow Open Zoo
A mahout brandishes a bullhook as he guides an elephant around the zoo’s pool.

Mahouts at the Khao Kheow Open Zoo, meanwhile, maintain that their routine is nothing more than exercise.

“The show is considered exercise for the elephants. Normally they go into pools to play with water anyway,” said Khao Kheow Open Zoo director Attaporn Sriheran. “The zoo then designed another pool for the elephants to swim and at the same time allows children and visitors to learn about their behavior as well.” 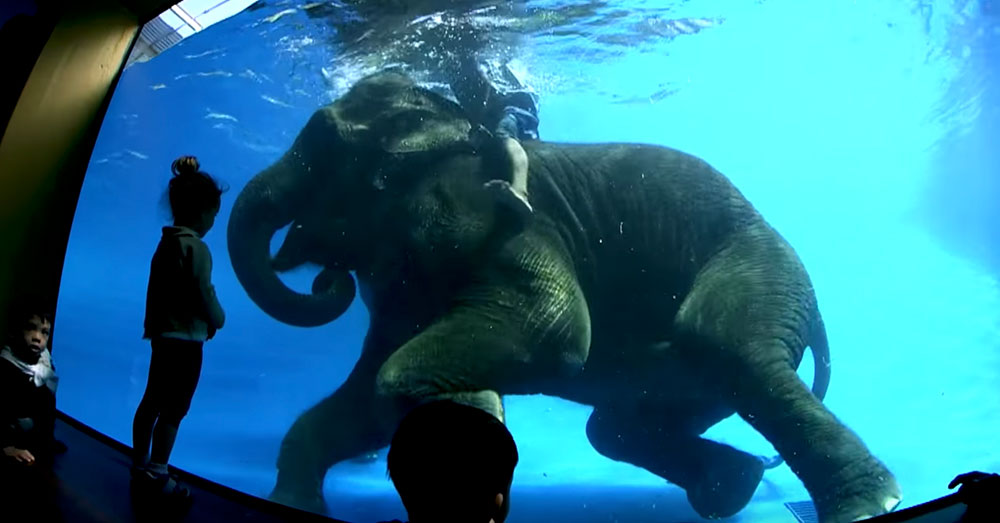 Source: YouTube/สวนสัตว์เปิดเขาเขียว Khao Kheow Open Zoo
A mahout stands on an elephant’s back as it swims underwater.

But, as animal rights activists have pointed out, these animals are being conditioned to perform. The video of the elephant treading water while submerged in the pool has been shared thousands of times since it was first posted in late August, many angered at what they’ve seen.

Just as mounting pressure from public backlash has changed the course of history and business many times before, that concerning the safety and well-being of elephants is no different. Tourism and hospitality companies, including TripAdvisor, have been asked to stop promoting facilities that make money off animal cruelty.

And they’re starting to make changes. 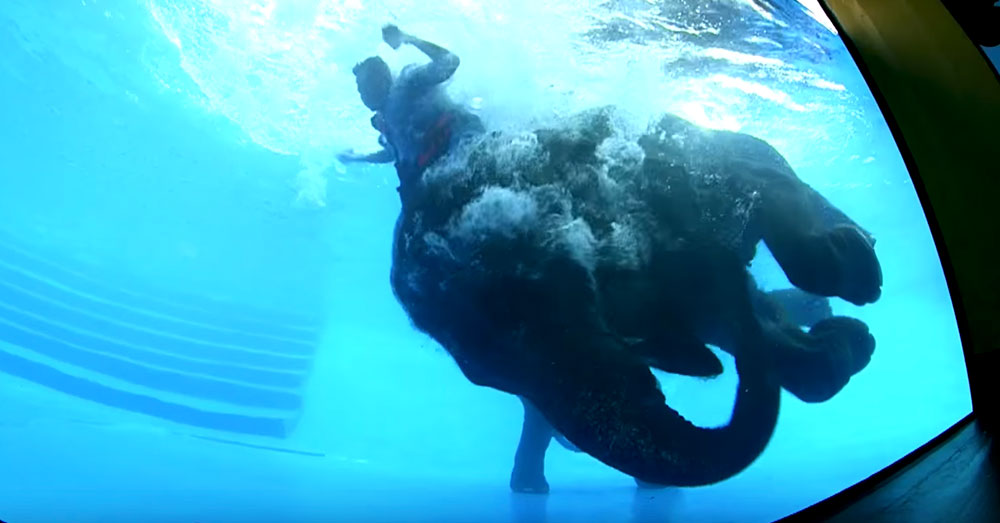 Source: YouTube/สวนสัตว์เปิดเขาเขียว Khao Kheow Open Zoo
The mahout pulls the elephants ears to get her to perform.

TripAdvisor announced in 2016 that it would stop selling tickets to animal attractions, and it has, with certain exceptions for feeding programs and children’s petting zoos.

“There isn’t really a universally agreed to criteria on what’s on the right side or wrong side of the line,” James Kay, associate director of TripAdvisor, told USA Today. “We needed to say where we stood and where the line was for us.” 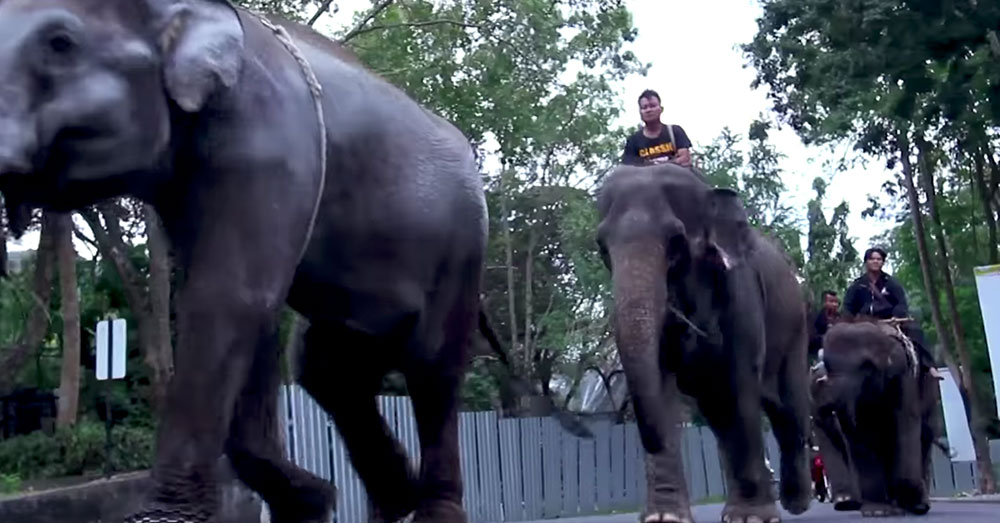 Source: YouTube/สวนสัตว์เปิดเขาเขียว Khao Kheow Open Zoo
Elsewhere in the zoo, visitors are allowed to ride elephants for a fee.

Whether or not the backlash will have an effect on the Khao Kheow Open Zoo is yet to be seen, but there’s no doubt the world is watching.