Baby Elephant Happily Chases Birds Around, Then Runs To His Mom After He Topples Over

This adorable baby elephant was caught on camera chasing birds around at the Boras Zoo in southern Sweden.

He happily chases around flocks of guinea fowl, as his giant ears flop around in the wind.

The birds are too quick for him, though, and manage to get out of the way. But the calf continues to run around, having the time of his life. 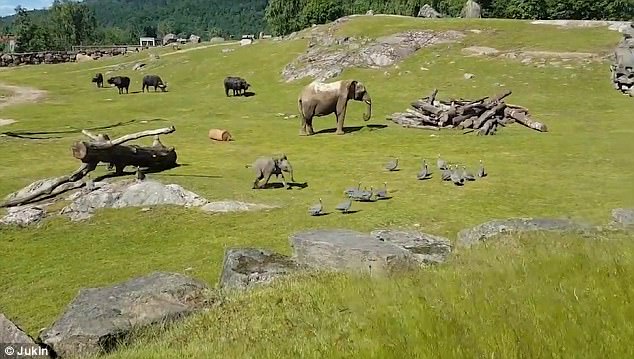 But it seems like he was running too fast for his little legs to handle because he took a topple and landed right on his face. He was clearly very dizzy from running around.

His mother, who was watching nearby, turned to him to make sure he was okay. The dizzy elephant calf got up and ran over to his mom, much like a human child would to seek comfort after falling down. 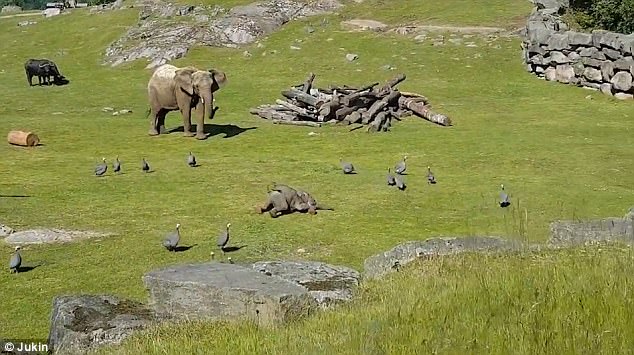 The short clip wound up going viral on social media, with millions of people watching from all over the world. This baby elephant managed to melt people’s hearts and make their day without even knowing or trying.

It truly is amazing how attentive elephant mothers are, and elephants in general. 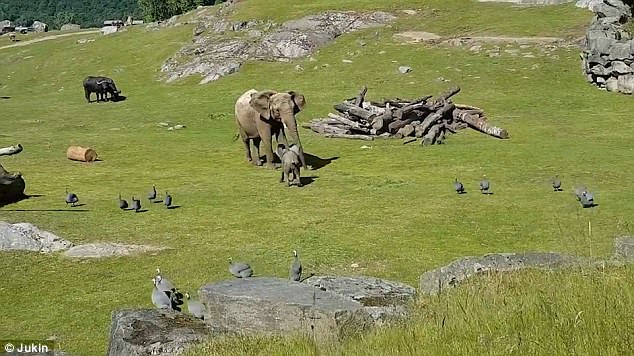 Just like these elephant parents who quickly worked together to rescue their baby who had fallen into a pool and was struggling to stay afloat. The second he toppled over the ledge, the elephants frantically ran right into the water in the deep out, lifted the baby up, and guided him out of the water. Elephants are such intelligent animals. It is really mind-blowing!