Elephants are magnificent animals that unfortunately have suffered under the hands of humans. The world is now trying to change that, by ending elephants in circuses and retiring them to sanctuaries. Shirley, former circus elephant, has overcome and endured so much in her 70 years.

“She has an air about her. She’s kind of stoic and wise…but she also…she emanates a lot of love. And considering some of the things that happened to her, not all of them good, the fact that she is still so willing to explore new parts of the habitat, interact with caregivers, to be an active participate in her health care is pretty incredible,” tells one of her current caretakers to Animalkind Stories. 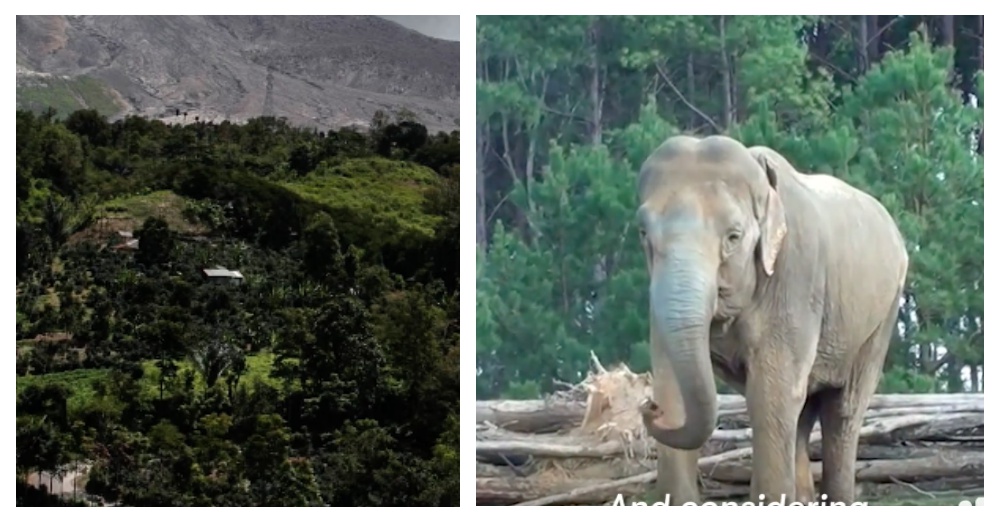 Shirley was born in the wild in Sumatra. However, she was captured when she was 5 years old. For the next two decades, she would endure suffering and abuse to perform in a traveling circus. She was one of a few other elephants in the circus. The only comfort they received was each others companionship.

“In 1963, the circus ship she was on in Nova Scotia caught fire and started to sink.” Shirley survived the fire, but had part of her ear burned off. She also sustained burns on her back and feet. The locals came together to care for the rescued circus animals. Today, her unique ear does not seem to bother her. 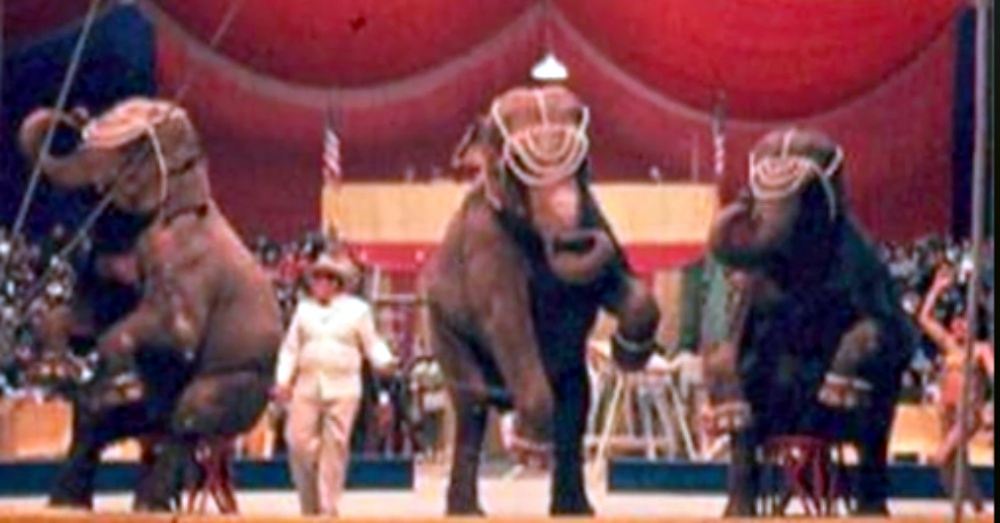 The sweet elephant traveled once more to a zoo in Louisiana in 1977. The zoo was a nice reprieve from the circus, and Shirley quickly bonded with her caretakers. However, she was the only elephant at the zoo for 22 years. With what we know now, Shirley suffered emotionally from loneliness as elephants are very social animals. They need the companionship to be at peak health. Finally, the zoo realized that she would be happier at a sanctuary.

Shirley was moved once more to The Elephant Sanctuary, a safe haven dedicated to individual care, in Tennessee. When she arrived, she was elated to see other elephants again. She bent the bars of an enclosure for Jenny, another elephant at the sanctuary. Turns out, that Shirley and Jenny knew each other. They were in the traveling circus together 24 years earlier and were inseparable after that. For seven years, the two would do everything together. 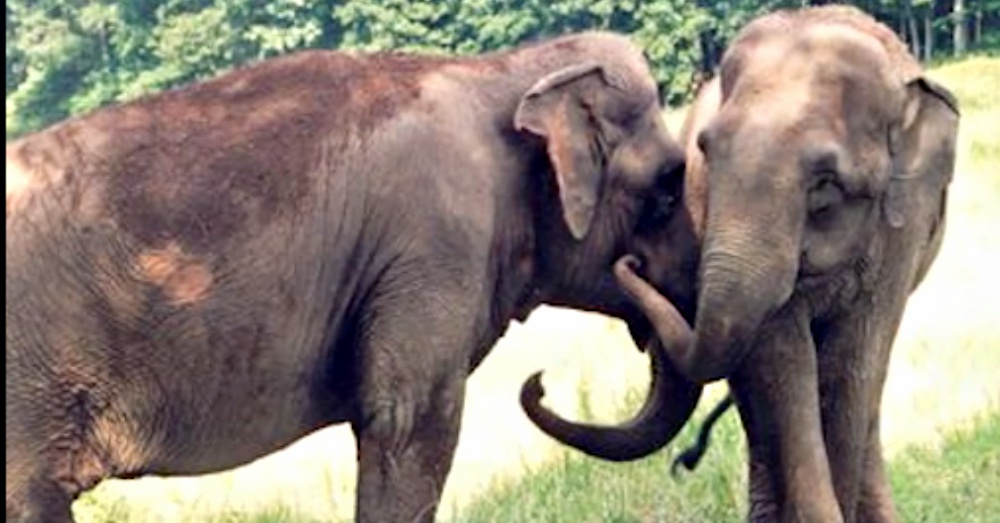 Sadly, Tina passed away. Shirley was noticeably sad and grieving. Thankfully, there were many other elephants at the sanctuary to help console Shirley. Shirley is defying all the odds just with her age. Most captive elephants live until roughly 42-47, but Shirley is celebrating her 70th birthday!

The caretakers threw Shirley a super-sized birthday bash. A vegan carrot cake was made just for Shirley, along with decorations and some relaxing quiet time. The cake stand consisted of tires with “Happy Birthday Shirley” written on the sides and topped with hay. An edible number 70 made out of bamboo, fresh flowers, and local produce was the centerpiece. Shirley is still active and likes to explore new areas of the habitat. She continues to partake in her heath care by bathing herself and eagerly eats. 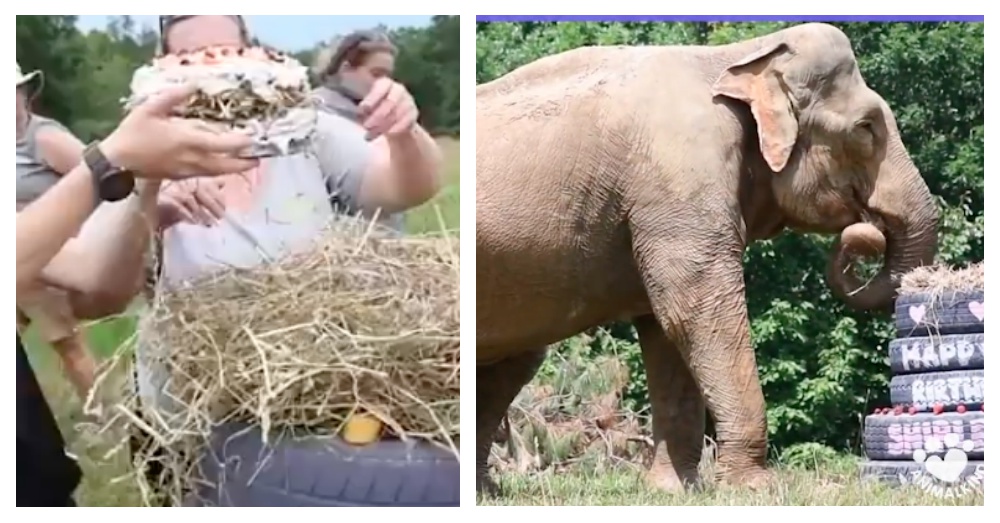 However, because of her age, her skin is getting thin and needs to have special care to protect it in the sun. The caretakers apply sunscreen to her ears to prevent from burning. Otherwise, Shirley is doing well. We wish her all the happiness and carrot cake she can eat. Happy Birthday Shirley!

Watch her celebrate in the video below.

Dozens Of Lions And Tigers Facing Death, Even Though A Law Was Passed To Free Them: Click “Next” below!