Malnourished Cat Found Stranded On Top Of A 1,500-Foot Mountain

Hikers in North Carolina reported seeing a small cat on Looking Glass Rock in Brevard earlier this month. The 1,500 NC mountain peak is no place for a cat. It was not a mountain lion, but what appeared to be a lost house-cat.

The cat was white, which made him stand out and unable to hide from large predators. Alone, hungry and lost the cat would take the scraps that hikers left for him. Some hikers posted on social media about the cat. They left some jerky and water, but were unable to capture him. Brother Wolf Animal Rescue in Asheville saw the post and responded immediately. 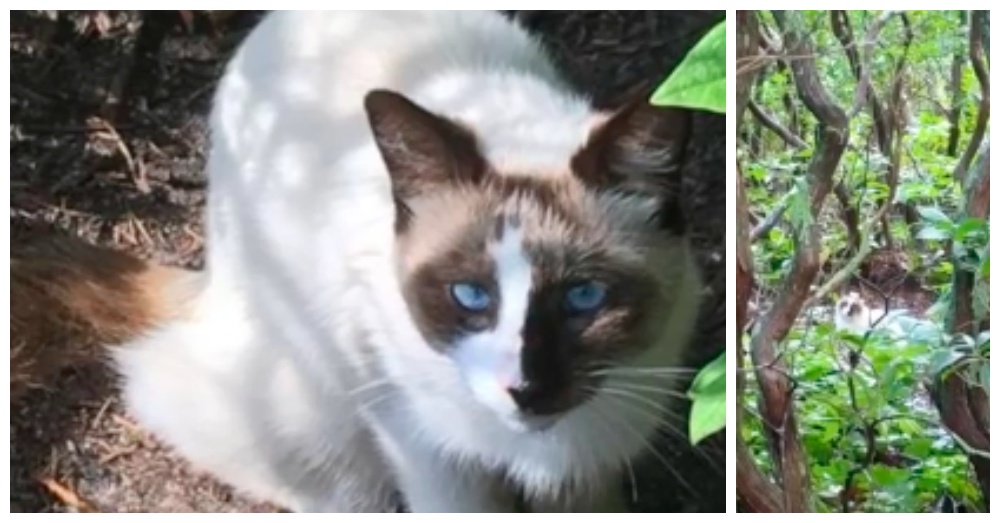 Brother Wolf field operation manager Eric Phelps, along with rescue volunteers Mary Ann and Bill Pruehsner set out on the 6.5 mile hike to try and rescue the cat. Jackie Teeple, spokesperson for the rescue told The News & Observer, “Something I have always admired about our team is that there’s not much that can stand in the way between us and an animal in need — including an incredibly steep hike up a mountain.”

Before the hike, the team rigged a humane animal trap to a backpack. With a can of cat food and a will to succeed, the team set off on the hike. Worried that his stark white fur would make him a target for predators, the team remained hopeful. Once they reached the area the hikers saw the cat, they placed the trap and cat food inside. Within five minutes the cat was captured. 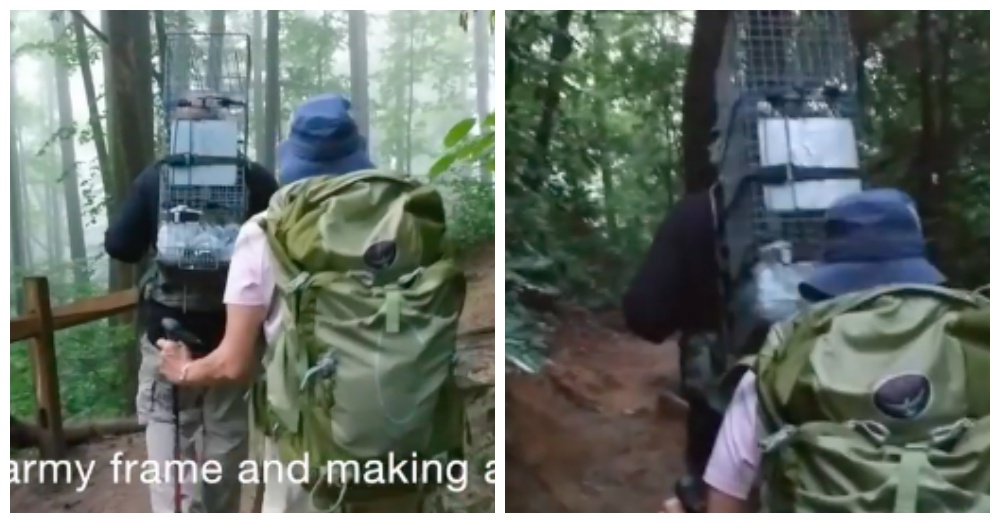 “Luckily we’d had rain that week so he had water, and after the Facebook post people knew to leave whatever trail food they might have carried up.”

The food was quickly devoured by the starving cat. They named the sweet boy Eglee, after the mountain peak he was found on. He weighed less than six pounds when they found him and was covered in parasites. The next step was to find a loving home. 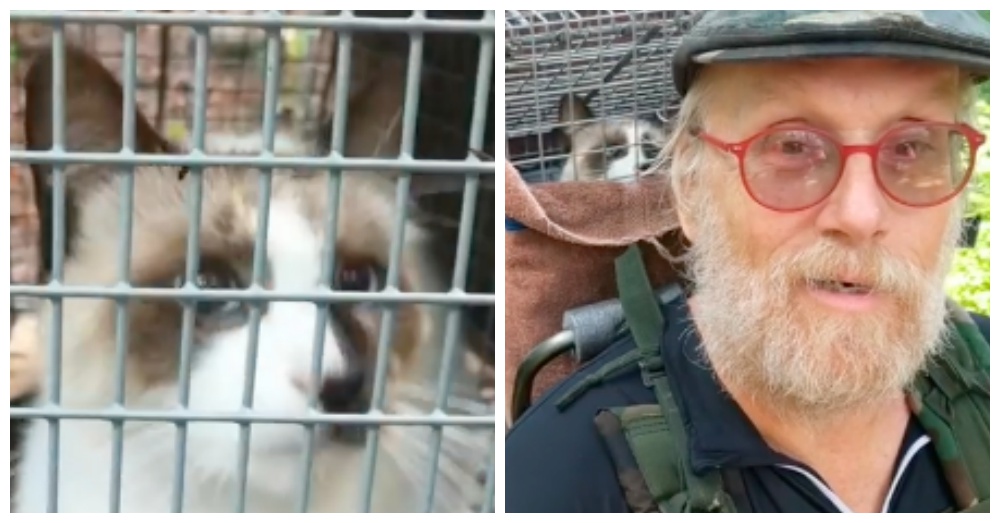 No one responded to the post about the “lost” cat on social media. “It’s hard to guess how he might have ended up so far from civilization,” Teeple said. “He was an unneutered male and they tend to roam. It’s possible he was in a car at the parking area with visitors and got loose, but no one answered his stray report listing. Finally, he may have been left there in the hopes someone would take him home. He isn’t feral, so we suspect he did have a family at some point.”

The two volunteers who helped rescue him were not looking to add another cat. They already had two cats they rescued, one being a cat off this same mountain almost 20 years earlier. However, the little white cat with black and brown markings stole their hearts. 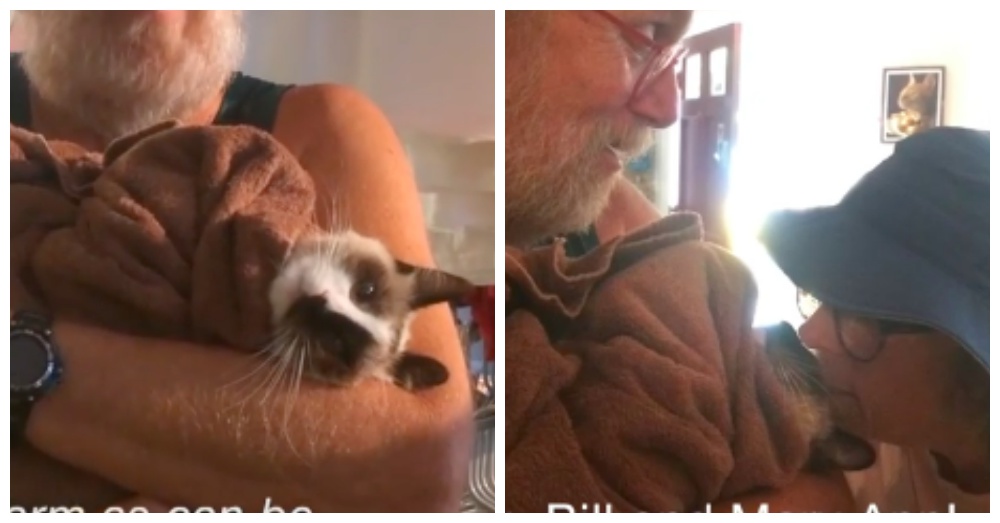 Eglee is slowly being introduced to his new siblings. The couple is used to working with shy and timid cats. “He’s making very good progress,” states Teeple. “They even bought a camera to check on him while still respecting his space and need to adjust.”