Last month, a ten-week-old pit bull puppy was found locked up in a plastic container and left for dead on the side of a road in Columbia, Maryland. He was emaciated, missing fur, sitting in his own filth, and covered in wounds. 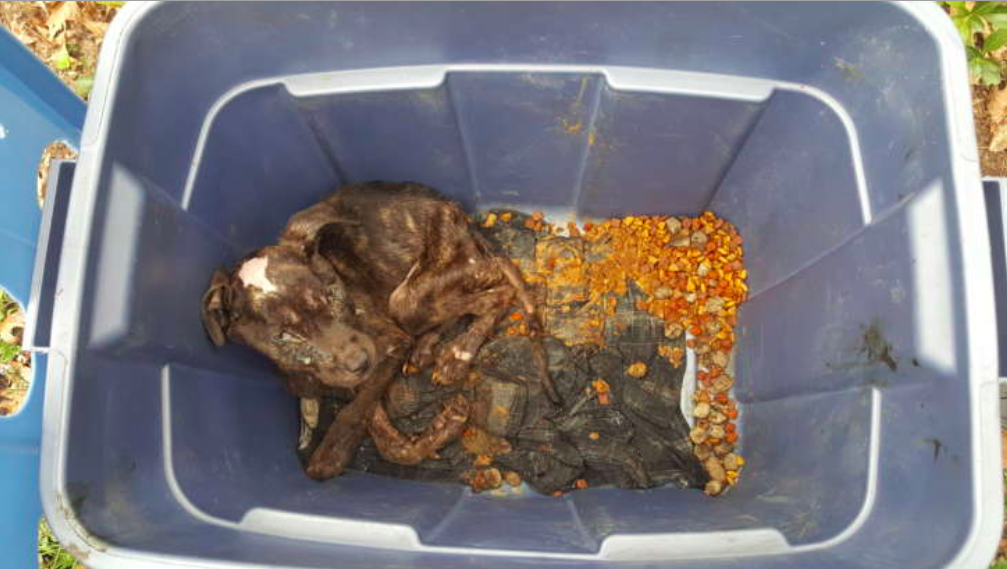 Jill Eberhart and her son, Thomas, saw the bin on the side of the road and checked to see what it was. As soon as they realized it was a puppy, they immediately gave him some water while they called animal control for help. 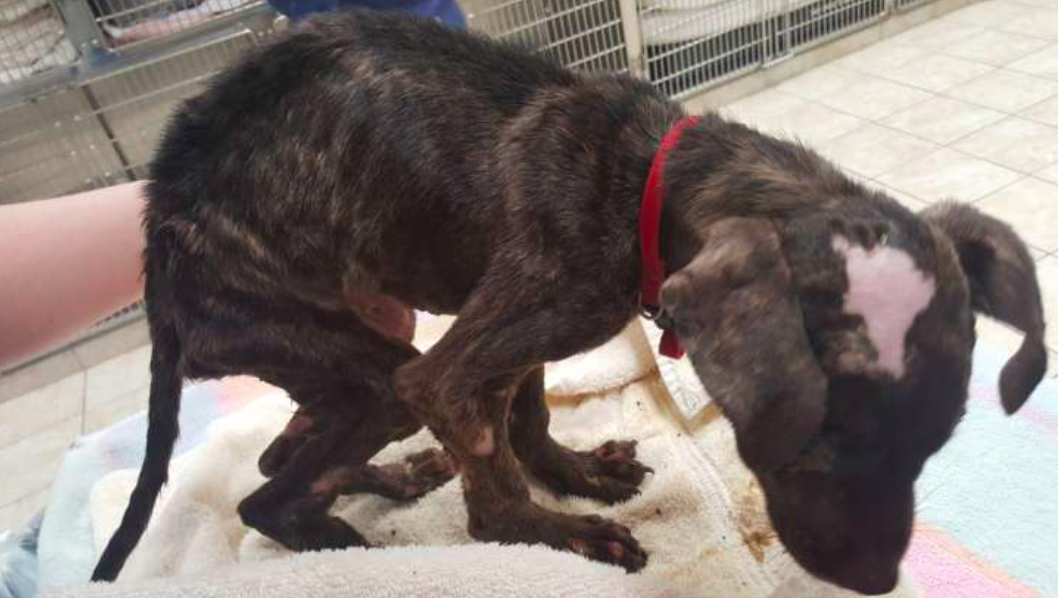 Now named Eddy, this little pup has been under the care of animal control and animal handler Taylor Hawkins, who took him home every night and made sure he got the proper medication. 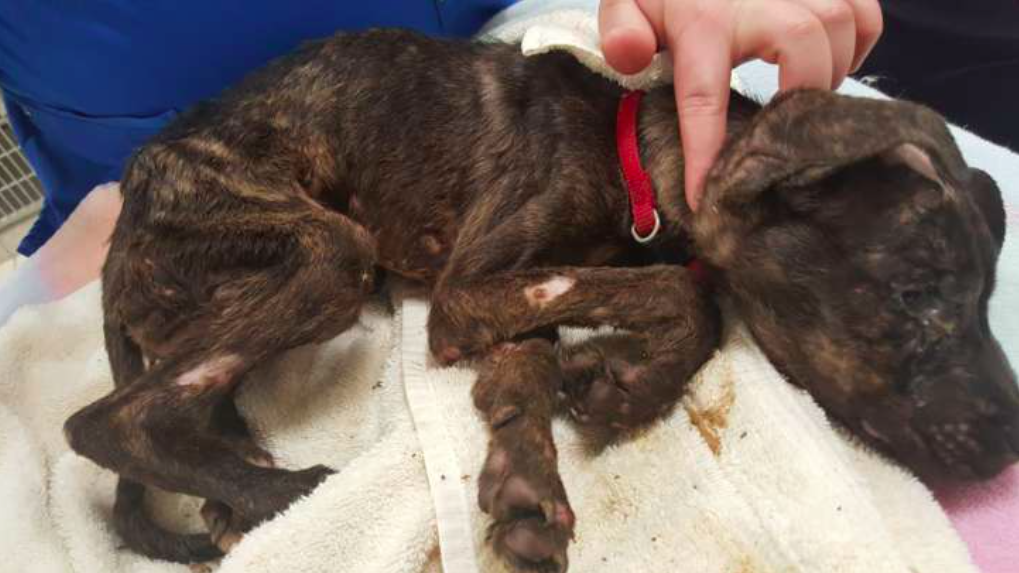 His ending could have been much different if he wasn’t found when he was. Without food, water, and little room to breathe, this pup definitely wouldn’t have survived much longer. Thankfully his fate took a turn for the best and he was rescued just in time. 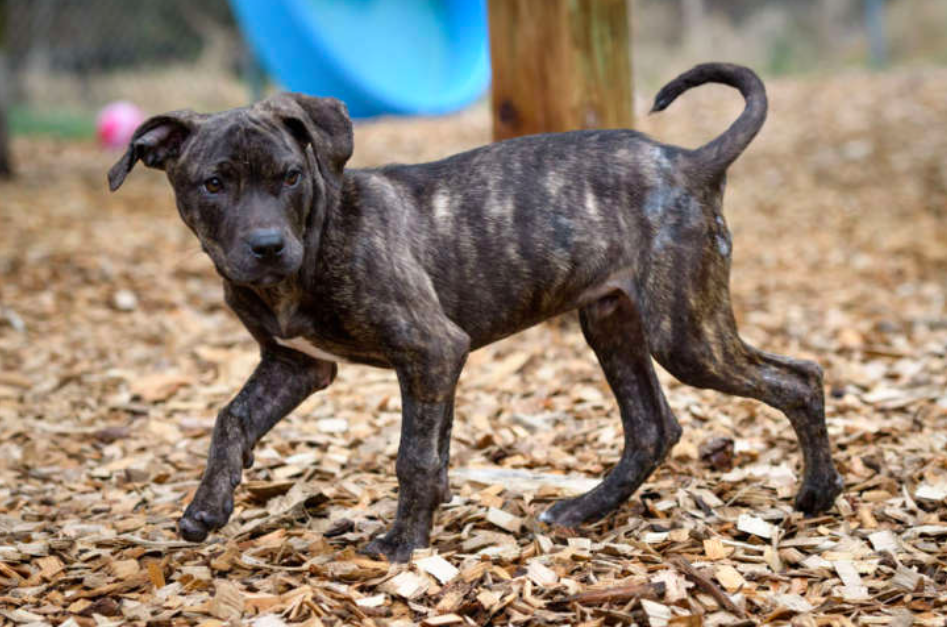 As the days went on, Eddy got stronger and healthier. He is also much happier! Oftentimes, he’d wake up Hawkins in the middle of the night, wanting to play. He’s like a whole new puppy now with a new lease on life. 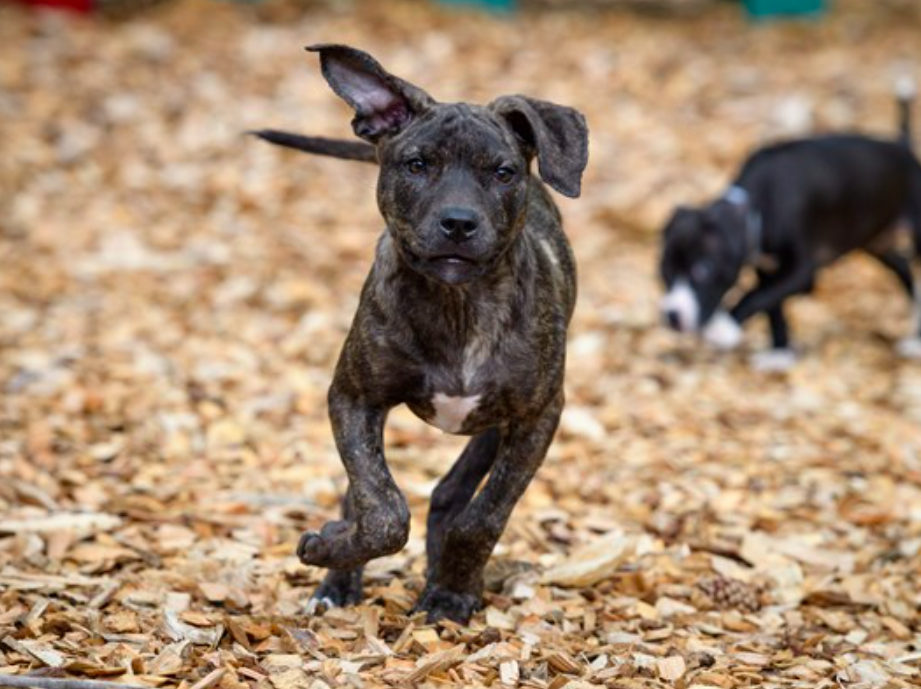 And the best news of all? Eddy has since been adopted into a loving family! He’s had a rough life thus far, but now he has much better years to come. He will always be loved and well-cared for and won’t ever have to worry about being neglected, hurt, or abandoned ever again. He’s come a long way since he was found in that bin, and his transformation is absolutely incredible. He looks like a whole new puppy! 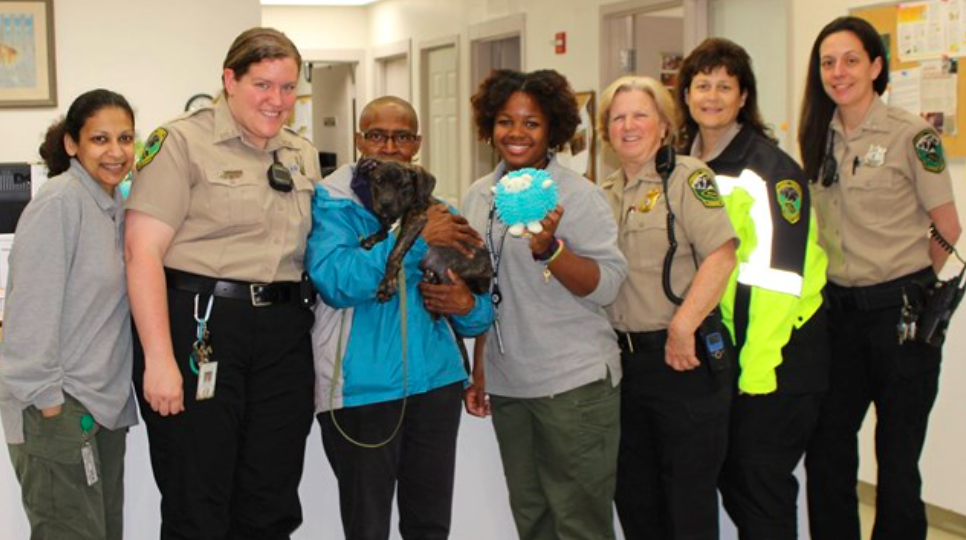 But the search for his near-killer is not over. Police are looking to press charges and are asking for information to help track down monster who did this to this innocent puppy. If you have any information on this case, please call Animal Control at (410) 313-2780 or email them at animalcontrol@howardcountymd.go