Salmon farmers who have been out in nature for over 20 years have seen a lot of animal interactions, but were shocked when they found an octopus trying to drown a bald eagle.

The crew from Mahatta West farm was headed back to their float house just off the coast of Canada’s Vancouver Island when they heard squawking and splashing.

They turned in the direction of the noise and were shocked to find a bald eagle trapped by an octopus in a death grip. The octopus was upside down with its tentacles tightly wrapped around the frightened eagle. The bird was trying to break free, but it was no use. 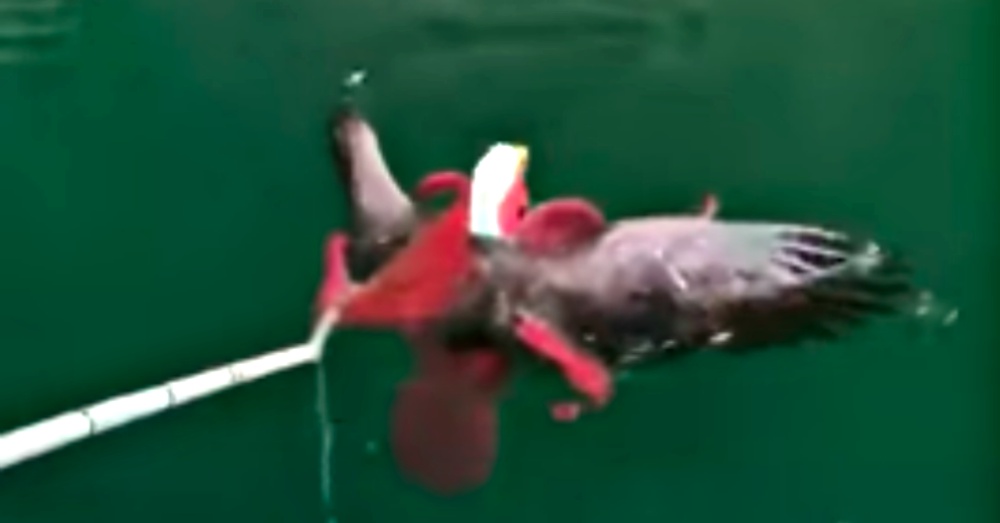 At first the men were not sure if they should intervene…should they let nature take its course?! John Ilett, one of the salmon farmers, said, “But it was heart wrenching — to see this octopus was trying to drown this eagle.” 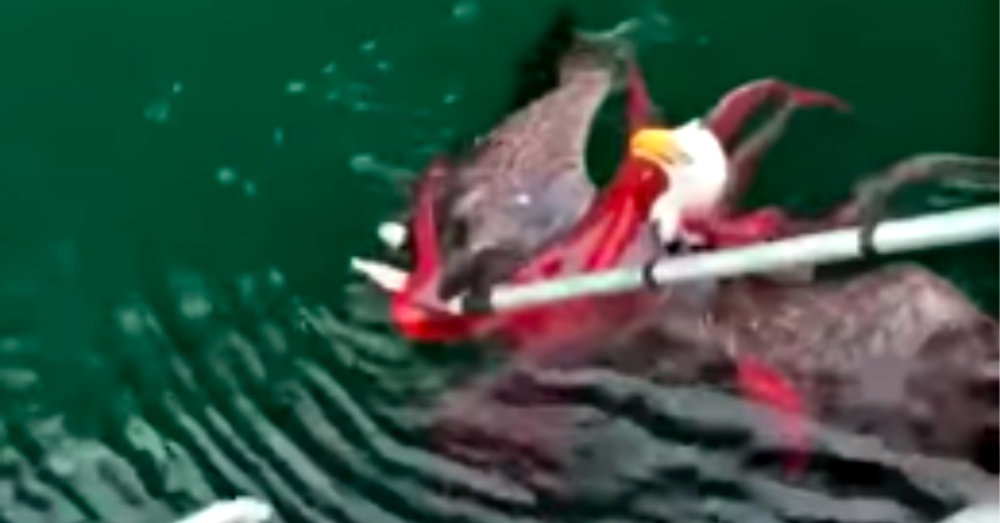 The crew decided to step in and rescue the eagle. They slowly approached and used a long pole to try and pry the tentacles loose. “I was able to just latch on to the octopus and give it a little tug,” he said. 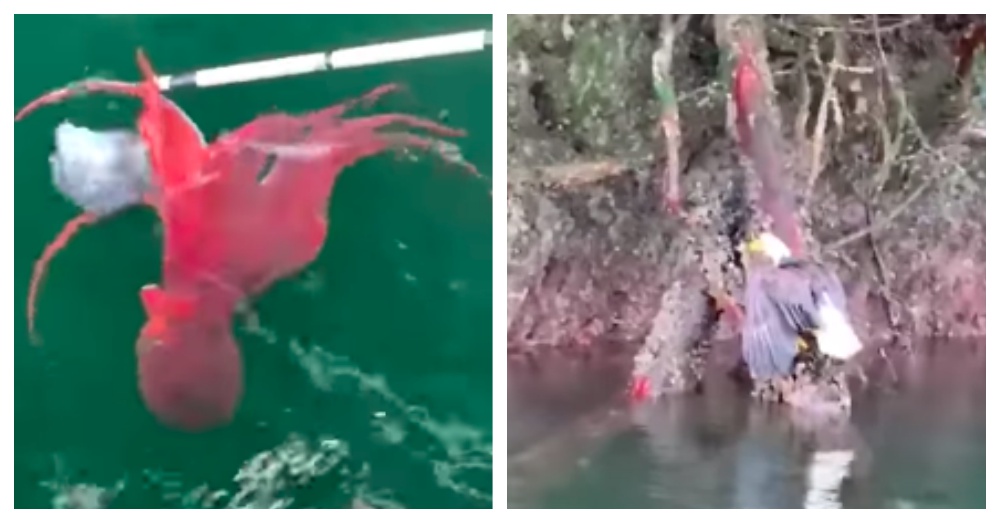 Miraculously, the octopus released for just a moment and it was enough time for the eagle to escape.

Rescuers believe the eagle swooped down thinking the octopus was going to be lunch, but quickly found out ‘it bit off more than it could chew’. 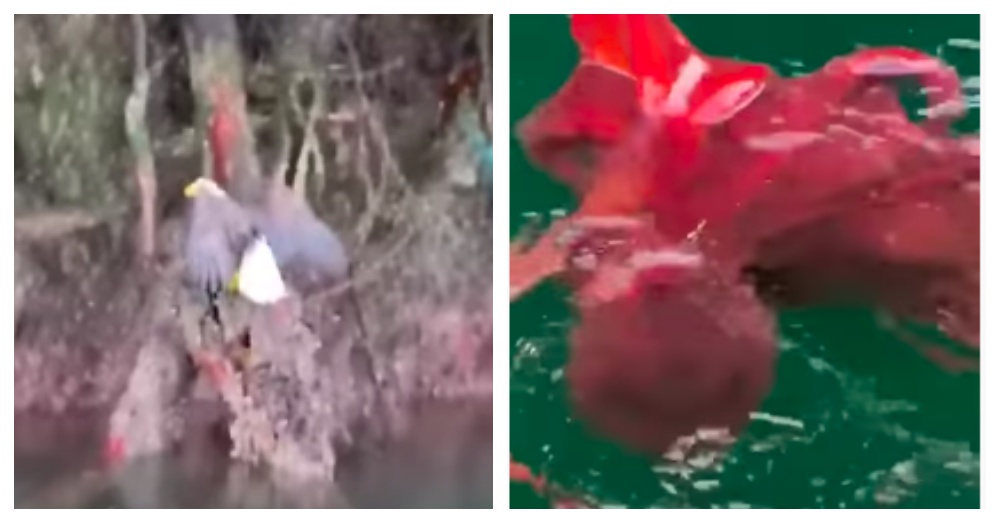 The rescue was captured on

Share on Facebook
Share on Facebook
” rel=”noopener noreferrer” target=”_blank”>video and shared online which have been viewed over 800K times. The crew is proud of the rescue and said both animals survived and went their separate ways. “The octopus swam away unharmed and the eagle recovered on a branch for around 10 minutes before it flew away.” It was a once in a lifetime experience that they will never forget.

Alaskan Polar Bears Photographed Eating And Playing With Plastic Trash: Click “Next” below!