This Cat Says “Well, Hi!” To His Owner Like A ‘Southern Gentleman’ & He’s Stealing Everyone’s Hearts 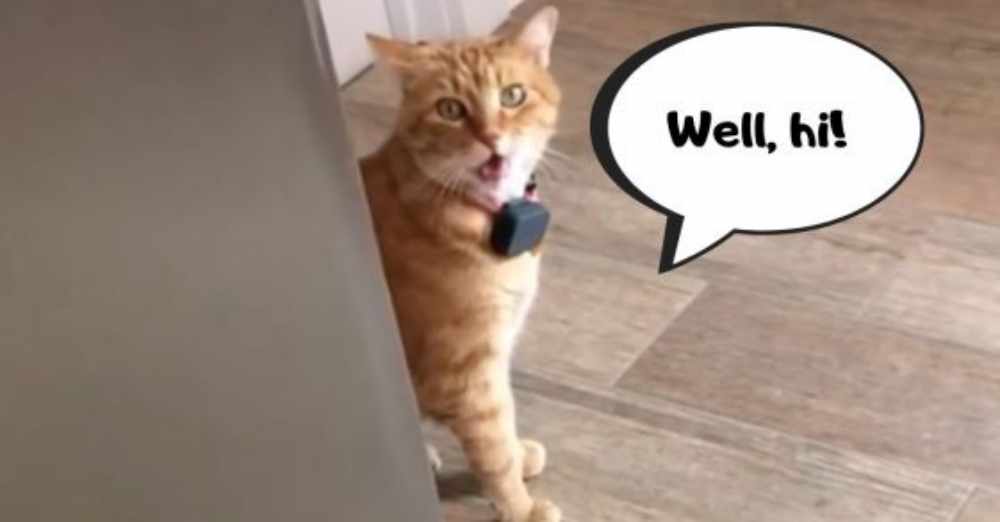 Many people are dubbing this adorable cat, Gambino, the perfect southern gentleman. His owner happened to record him meowing what sounds like him saying, “Well, hi!” and the video is now going viral across the Internet and stealing the hearts of so many. Owner Tawny says her cat is very talkative but really only meows phrases that sound like “mom” or “well, hi!”

“He does a lot of chatting,” Tawny says. She does state that Gambino doesn’t talk to her other cat though. “They don’t talk to each other, just to me and my husband.” Tawny thought that Gambino’s southern-style greeting was adorable and hilarious, so she posted it to her personal page. She then ended up putting the video on the app Tik Tok, where it went viral and received 1.4 million likes.

Cat says “well, hi!” to his owner like a regular person 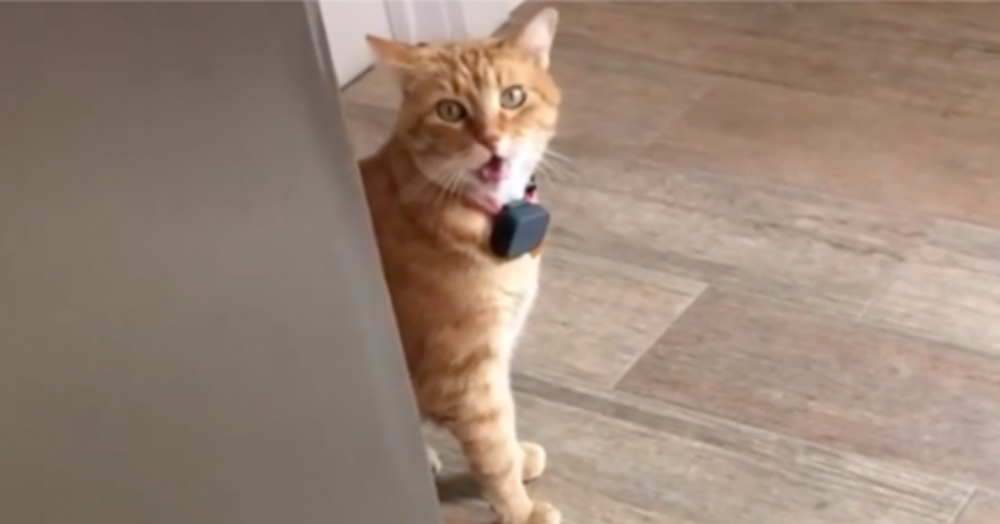 “Gambino. My southern gentleman,” Tawny wrote on the post of the video. She says that the reaction she’s received has been overwhelmingly positive. Many people have been asking to know more about Gambino’s life story. Others are interested in knowing what kind of collar he’s wearing (a tracker for when he ventures outside).

Despite being dubbed the ‘southern gentleman,’ he and his brother are both rescues and actually not from the south! It was five years ago when Gambino actually showed up on Tawny’s doorstep and she took him in. They have been together ever since. “He just came to our house and decided we were gonna be his family,” she explains.

You need to see it (and hear it) to believe it! 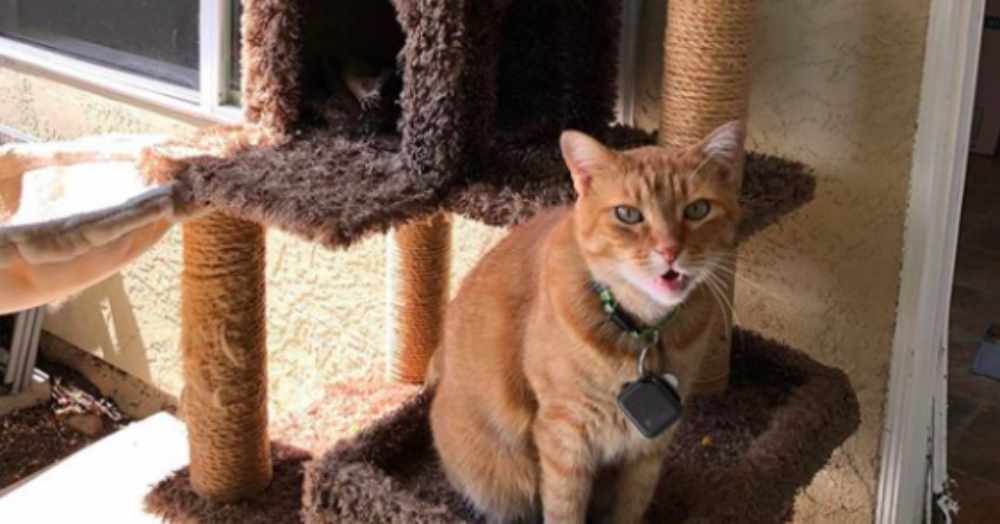 Tawny says that Gambino is handling the fame pretty well! “My husband tried to take him off the counter and I said ‘He’s a celebrity now, he can do what he wants!'” she jokes. “It’s sad he’ll never know how popular he is, but I guess he’s gonna be humble about it.”

How adorable! To see the full video, check out the clip below. But be warned: there’s so much cuteness you’ll have to rewatch it dozens of times!

It sounds like he is saying “Well Hi!!! “ in a thick southern accent!! ***Just to clarify, that is a @whistlelabs pet tracker on his collar. @bethostern @theellenshow #catsofinstagram #cat #meowdy #gambino https://vm.tiktok.com/9qr4tD/

Pet Camera Catches Cat Comforting Anxious Dog While Owner Is At Work: Click “Next” below!