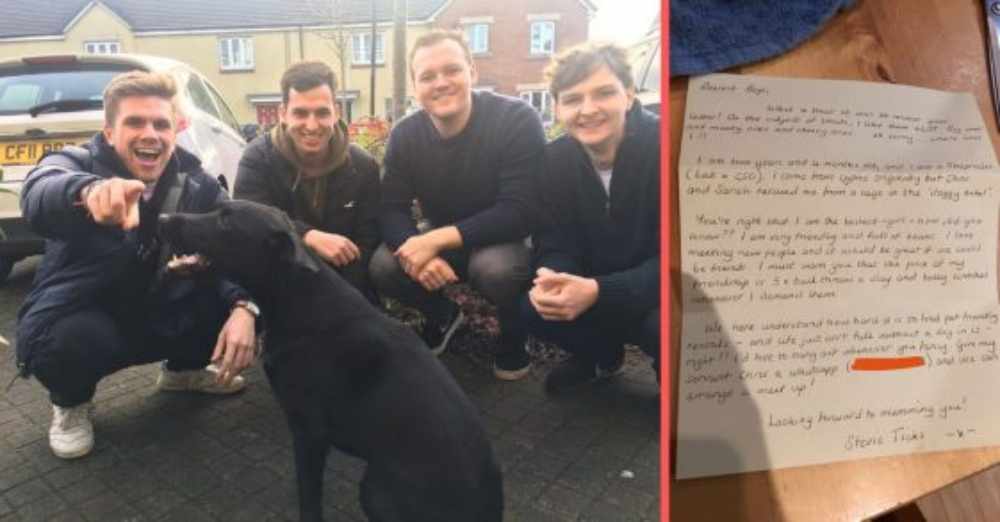 Jack McCrossan and his three roommates are not allowed to have a pet in their new apartment. They quickly saw that one of their new neighbors had a dog, however, and wanted to befriend the pup. So they wrote a letter to the neighbors, asking if they could play with their dog. How sweet is that?

They wrote, “We hope this doesn’t come on too strong, but our landlord won’t allow pets, and we’ve all grown up with animals. The adult life is a struggle without one.” The housemates signed it, “the boys.” 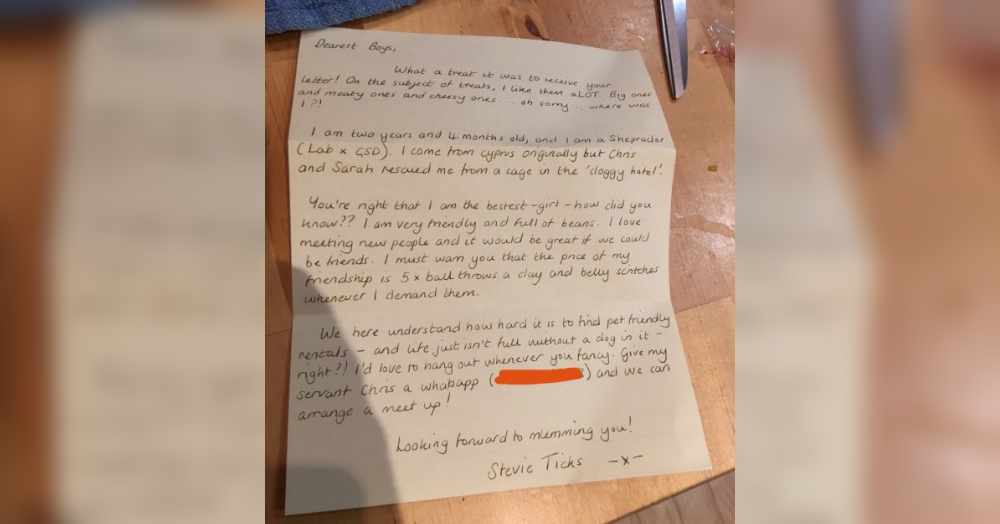 They got a response back, but it wasn’t what they expected! The note was “written” by the dog, who has the adorable name Stevie Ticks. The note read, “I love meeting new people, and it would be great if we could be friends. I must warn you that the price of my friendship is five ball throws a day and belly scratches whenever I demand them.” The letter was sealed with a paw print. 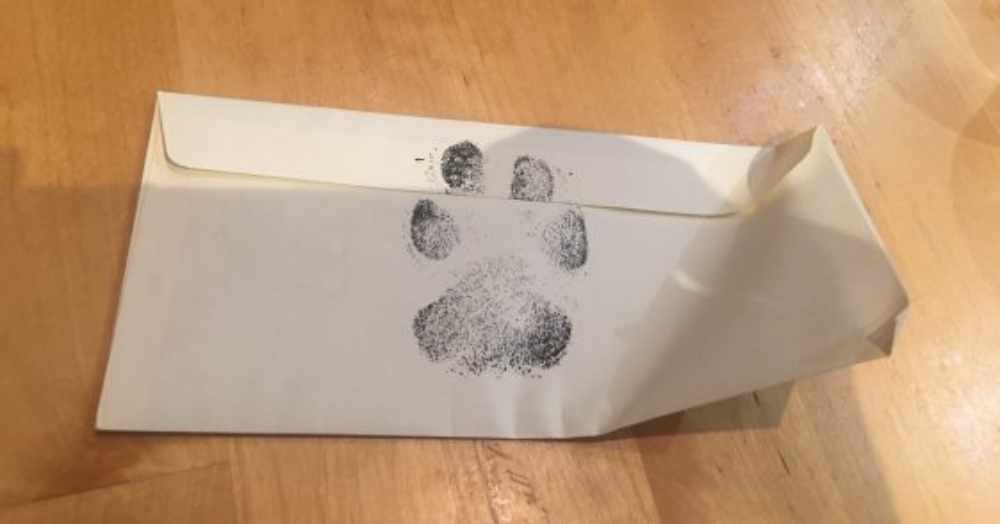 Stevie’s parents are Chris Bowley and Sarah Tolman, who wrote the sweet letter from Stevie’s point of view. Jack said, “We hadn’t properly met our neighbors beforehand, so it was a complete gamble as to whether they would respond or not. Thankfully, they were really good about it, and the reply was far better than anything we were expecting if anything at all.” 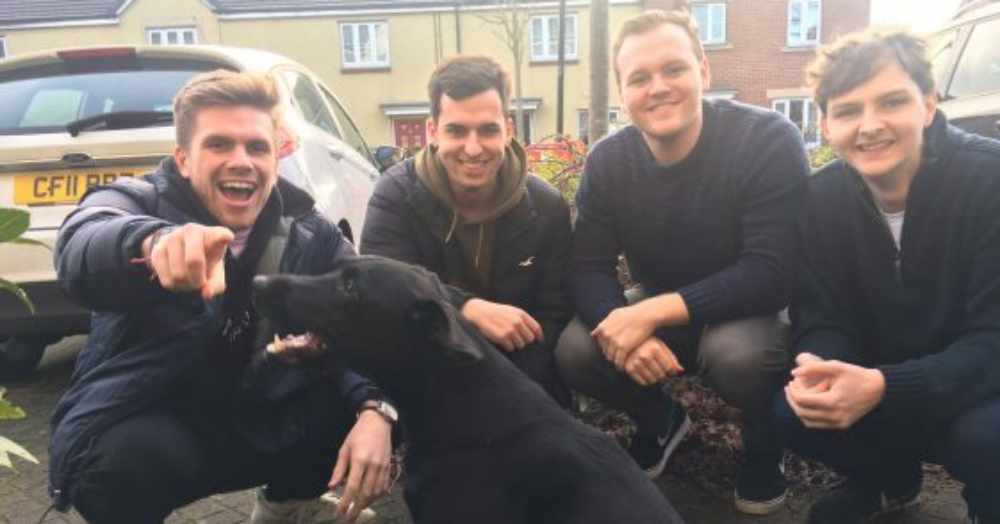 The boys finally got to meet Stevie Ticks

Chris and Sarah replied, “We’ve always believed that the love dogs give should be shared by all. It’s incredibly difficult to have your own dog with renting, so it makes sense for us to share the love out.”

Of course, the boys recently got to meet Stevie after receiving the note! “Sarah let us meet her and get the photos that people were waiting for,” Jack said. “After this she let us hang about with Stevie on our own for a bit to give us a chance to get plenty of belly scratches in. We then took her out for a walk to a nearby park to play about and throw the ball for her.” 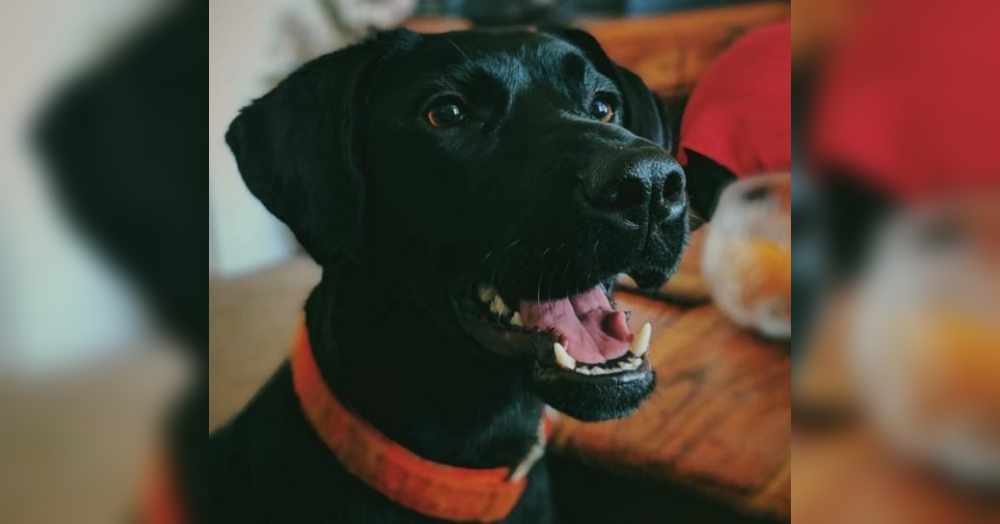 Jack continues, “But I think the response being so good from our neighbors that we had never met before has shown that a bit of mutual friendliness and humor between strangers can go a long way.”

Stevie is a 2-year-old labrador and German shepherd mix. She now has her own Instagram page with tons of cute photos on it.

‘Elf On The Shelf’ Has An Epic Christmas Prank War With Two Clever Dogs: Click “Next” below!