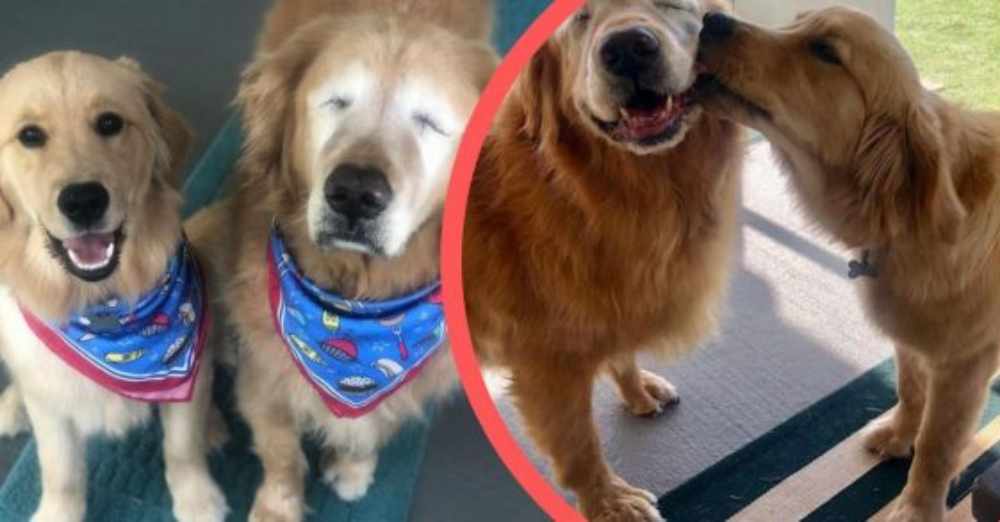 Owning a pet can be therapeutic for humans. Having a fluffy friend is also beneficial to other animals. As Old Charlie advanced in years, some things became difficult for him. His humans joyfully expanded their family but saw how hard things continued to get for their beloved golden retriever as he aged, and they knew they needed to do something for him. At age eleven and blind, Old Charlie got a wonderful reprieve in the form of a puppy. A seeing-eye puppy, to be exact.

Charlie, Adam, and Chelsea Stipes loved their family dog very much. As a result, it pained them to see how certain things became harder for Old Charlie. As the dog grew older, his vision began to fail him. This culminated in glaucoma in both eyes. Everyone fought hard, but ultimately Charlie needed first one and then the other eye removed. Though an animal’s senses are better than a human’s, losing his eyesight clearly dampened Charlie’s vivacious personality. 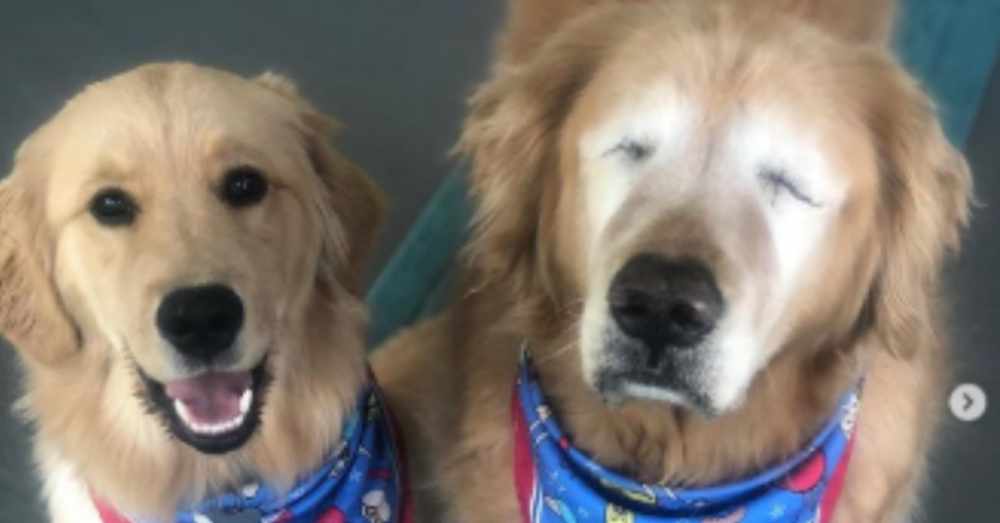 Puppies are notorious for being cute, small bundles of pure energy. Just about any baby animal oscillates between a constant state of kinetic energy and adorable deep sleeping. Everything is a toy to a puppy, and at such a young age life is just a big game begging for them to play.

The Stipe family was aware of this. The excitable, loving nature of puppies gave them an idea for how they could help Charlie continue to live a fulfilling life. That was how they found themselves adopting a four-month-old puppy, fittingly named Maverick. This bundle of golden fuzz turned out to be just the presence Charlie needed – not just to energize him but also to help him in ways not even his humans expected. 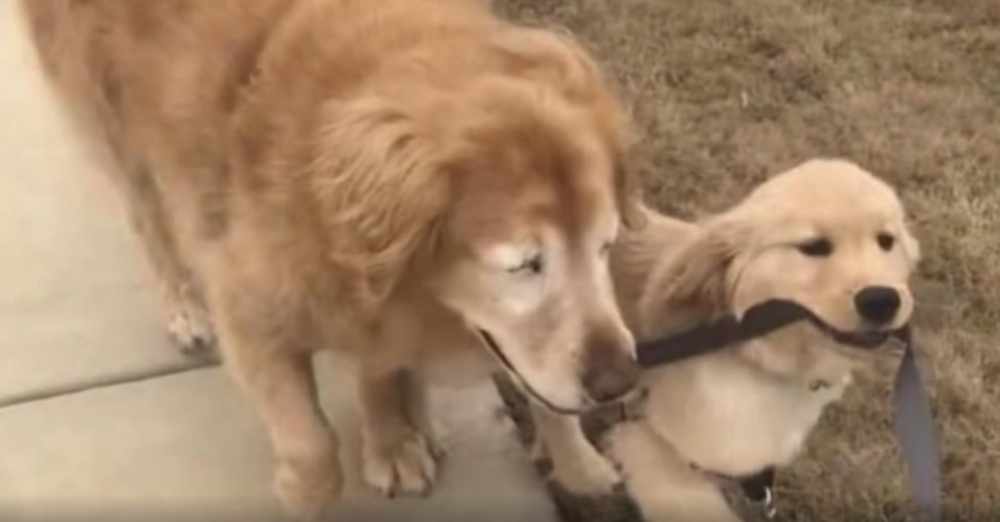 Maverick brought all the energy and playful chaos of a typical puppy to the family. But he also took it upon himself to be much more than an energetic new dog. He took to walking close to Charlie, even nudging him to avoid obstacles the senior couldn’t see. Chelsea Stipe has even seen Maverick show mindfulness even during fun times. “When they would play, Maverick would realize that Charlie would lose the toy sometimes, so he would pick it up and put it back in front of him to re-engage playtime,” she told NBC Philadelphia.

What’s just as remarkable is the amount of deliberation Maverick displayed. Dogs can be trained for very specialized situations, but Maverick acted of his own accord without any training. The puppy seemed to simply understand Old Charlie’s situation and act on a desire to help him. Maverick’s attentiveness and love ultimately gave Charlie a wonderful rest of his life. 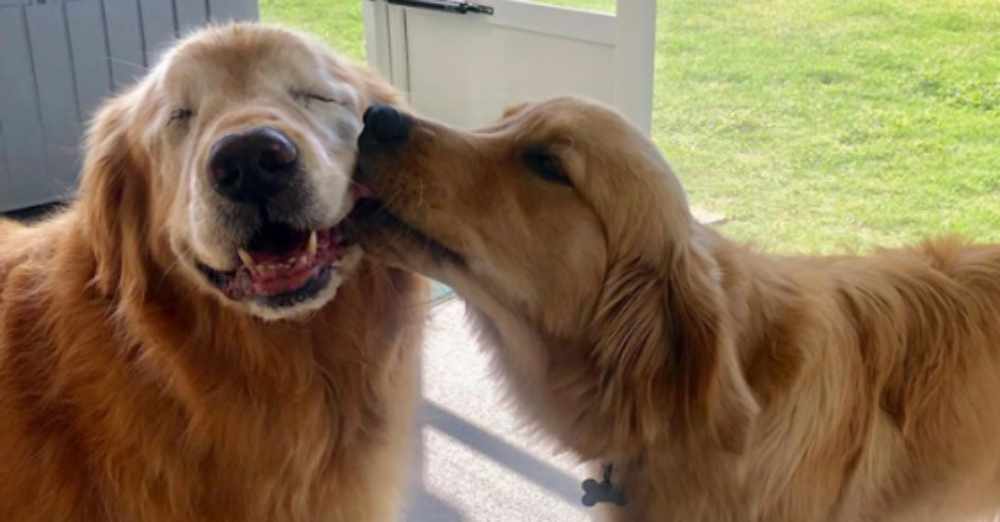 This story originally appeared at Do You Remember by Dana Daly.

Blind Senior Pit Bull Can’t Contain Her Excitement When Dad Puts On Her New Contact Lenses: Click “Next” below!