If you’re a fan of the NBC comedy The Office, you’re in for a special treat today. Believe it or not, there is a cat out there in the Instagram universe who is named Michael Scott, and he’s about to be your favorite cat.

The cat’s human mom is Brittney Jernstrom, a 26-year-old Office superfan. She found Michael Scott as a stray kitten along with his brother and mother and adopted the trio together. When she brought them home, she noticed almost immediately that Michael Scott was not quite a “normal” cat. 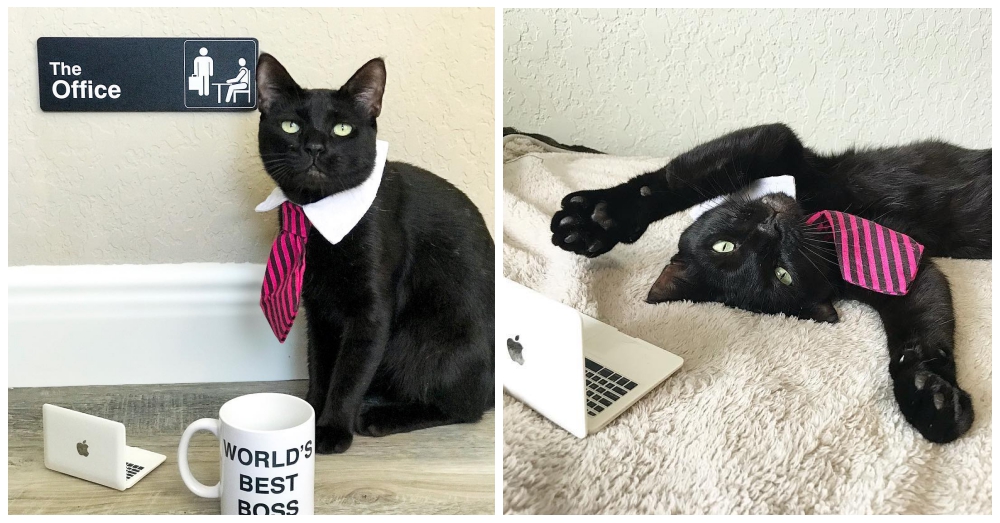 Photo: Instagram/dunderkitten
“Everyone in the office is complaining that I email them too many forwards. Like, come on. I don’t come up with this stuff. I just forward it along. You wouldn’t arrest a guy who’s just delivering drugs.”

“It’s hard to explain, but he just acted more eccentric than any other cats we’d ever owned,” says Jernstrom. “We noticed early on that he’d do stupid stuff just to be the center of attention. He had a big personality. He was socially incompetent. He was affectionate but loud, and often obnoxious.” 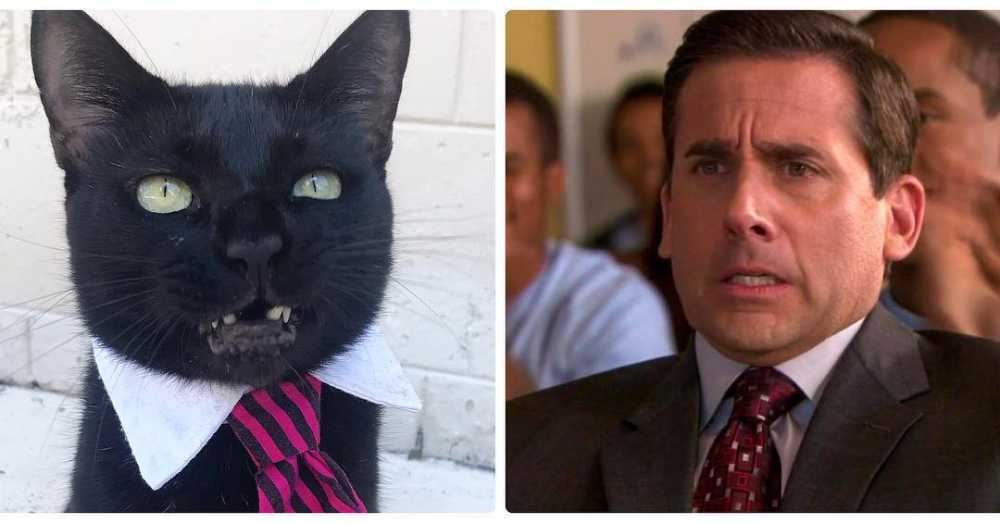 On top of his quirky personality, the cat also shared a similar hair and eye color with Steve Carell’s character on the famous television show, making naming him a no-brainer. We think you’ll agree that Michael Scott is the perfect name for this precious kitty. 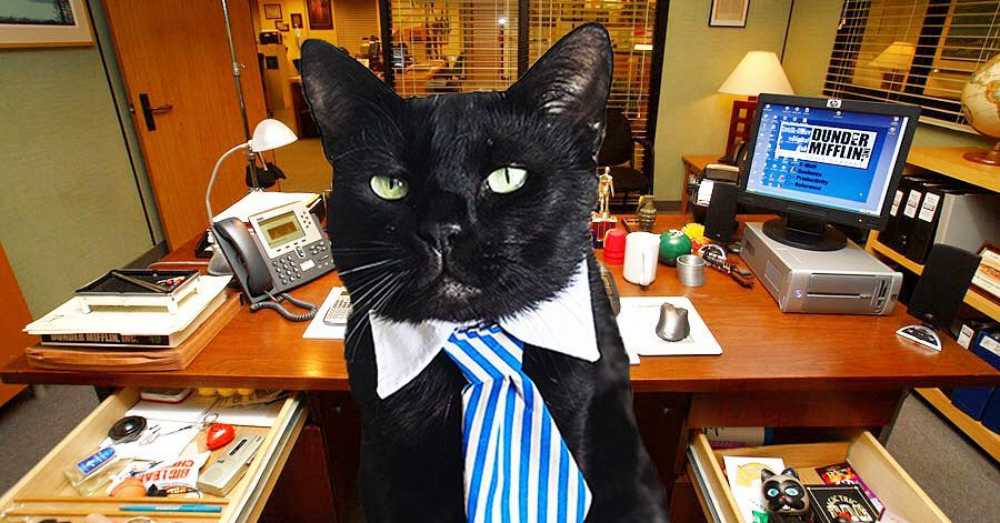 Photo: Instagram/dunderkitten
“I guess the attitude I’m trying to create here is that I’m a friend first and a boss second and probably an entertainer third.”

After deciding on a proper name for her new family member, reenacting scenes from The Office with his help was the next logical step. So Jernstrom created the DunderKitten Instagram account to show off Michael Scott’s unique personality and recreate some of her favorite scenes and funny moments from The Office. 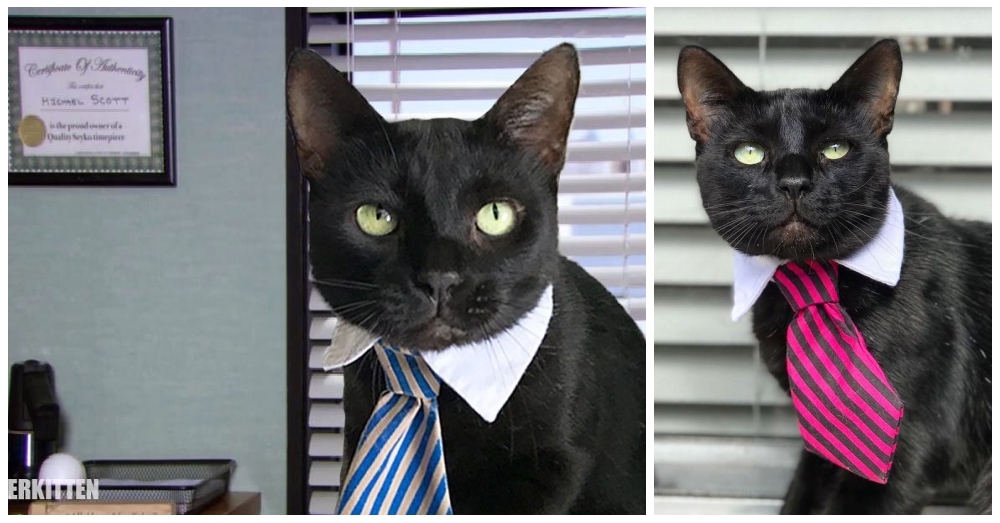 Armed with a World’s Best Boss mug, a The Office sign, a tiny computer, and a variety of other creative props, Jernstrom has transformed mini Michael Scott into an uncanny likeness of his human namesake. She even put a bandana on his head to make him into “Prison Mike” and, on another occasion, bubble wrap on his foot for a reenactment of the episode “The Injury.” The posts usually come with a quote from the television show to remind viewers of the episode or funny moment it’s from. 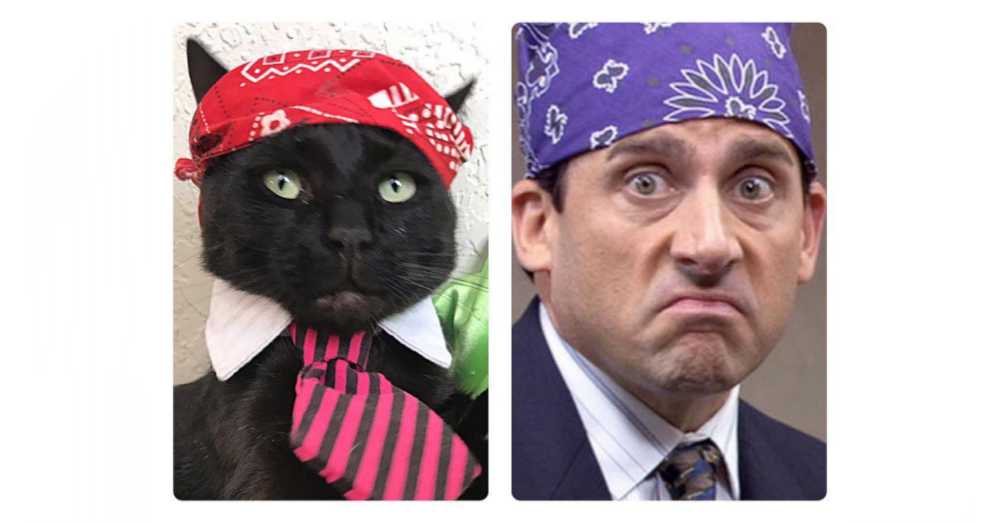 Photo: Instagram/dunderkitten
“I stole. And I robbed. And I kidnapped… the President’s son. And held him for ransom. And I never got caught neither!”

There are even extras in many of Jernstrom’s scenes, including her cat Rocky as assistant to the regional manager Dwight K. Shrute and Patch as receptionist Pam Beesley. Cats Missy and Pippin and dog Scooby also occasionally make appearances. 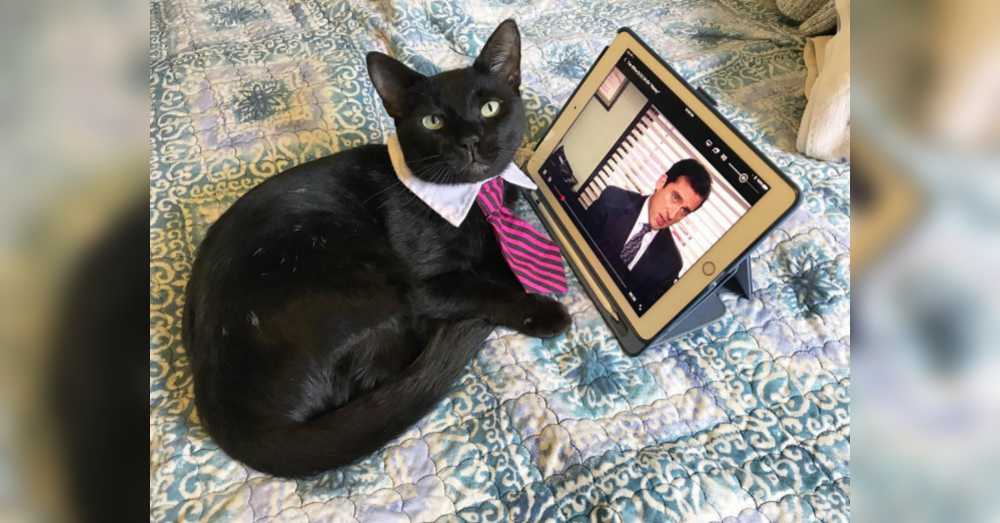 “Most of the ideas for photos for the page spark merely from watching Office episodes,” says Jernstrom, who often watches the show cuddled up with her own little Michael Scott.

Luckily, according to Jernstrom, Michael Scott really seems to be enjoying his new role as his namesake. “He thinks he’s hot stuff,” she says. “We have a few designated spots around the house we take pictures in and sometimes he’ll go there and just sit and pose on his own waiting for me to take pictures of him.” 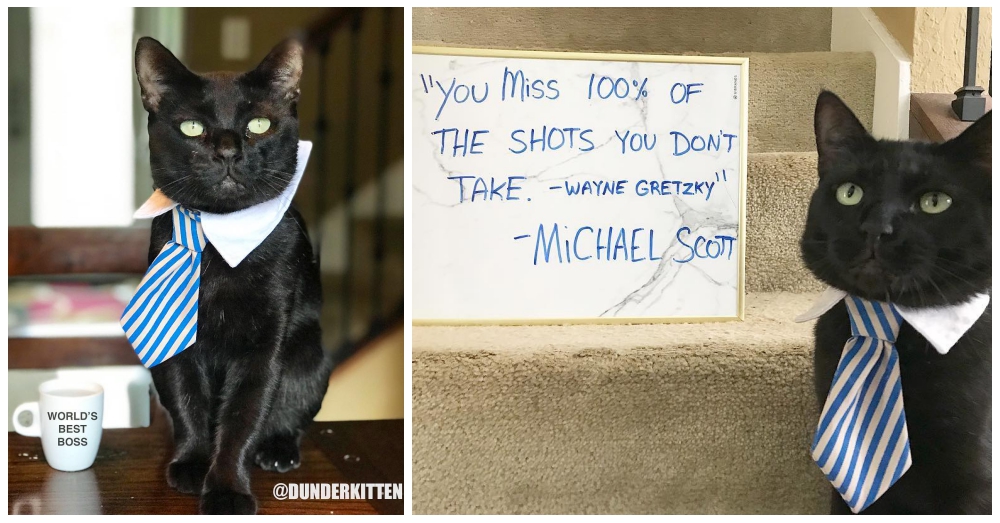 Photo: Instagram/dunderkitten
“Guess what, I have flaws. What are they? Oh, I don’t know. I sing in the shower. Sometimes I spend too much time volunteering. Occasionally I’ll hit somebody with my car. So sue me… No, don’t sue me. That is the opposite of the point I’m trying to make.”

Since Jernstrom enjoys her new hobby and Michael Scott is obviously relishing his time in the spotlight, we can expect that years of fluffy Office adventures are yet to come. We can’t wait!

Cat Abandoned for Being Too Cuddly, World Outraged: Click “Next” below!