Duncan Lou Who sounds like a name pulled straight out of a storybook, and he’s got one of his own that few can match.

At only 4 years old, this two-legged Pit Bull has already made major television appearances and he’s followed by over 123,000 people on Instagram. According to the East Idaho News, the pup’s popularity is a result of his courageous backstory, one that continues to gather chapters.

Duncan was born with his rear legs fused together and a misshapen pelvis, causing severe twisting to his spine, among other physical problems. Instead of euthanizing the dog, however, owners Gary Walters and Amanda Giese opted to have his legs amputated. Duncan Lou Who was given another chance at life. 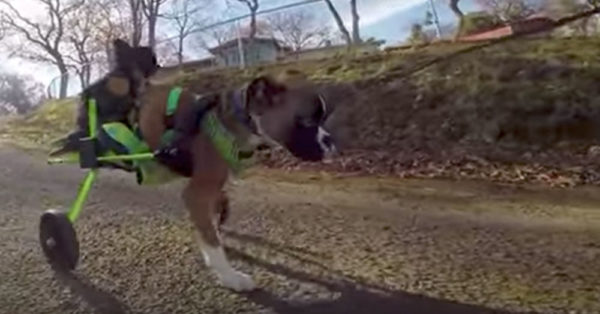 “He got out of the amputation surgery and 30 minutes later, he was up walking around,” Walters told the East Idaho News. “We let him heal and strapped him to a wheelchair but he looked at us like we were crazy. He tried to lift it and walk so we ended up taking the wheelchair off and letting him do his thing.”

Duncan has been a continual source of inspiration to his owners and the world since that day. His videos are seen by millions on YouTube, and his spirit a constant reminder to make the most of what health we have. 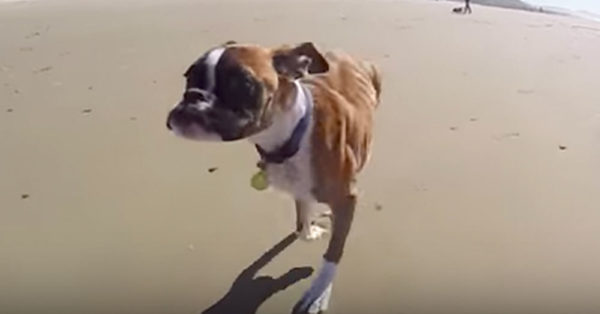 As his story continues, it was almost tragically cut short during a trip through the Montana corner of Yellowstone Park into Island Park, Idaho.

Late at night, the couple’s teenage son was driving their Ford Expedition when a bison appeared out of the darkness. The family car rolled several times and crashed into two electrical poles. 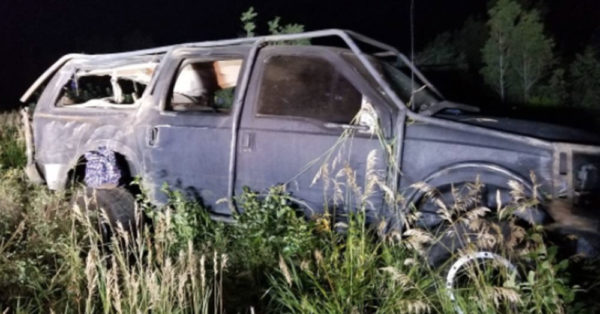 They were all shaken badly, but alive.

“We took out a power station and rolled my truck five times,” Walters told EastIdahoNews.com after the incident first occurred. “Two of our dogs were ejected from the car. I found one of them underneath the truck on the ground and she is okay but Duncan is gone.”

Walters expected to find the worst, but wasn’t willing to give up hope until he knew for sure.

For the next few days, the family managed to gather attention for their missing pet on Facebook, and others volunteered to help in the search, but no sign of Duncan could be found. 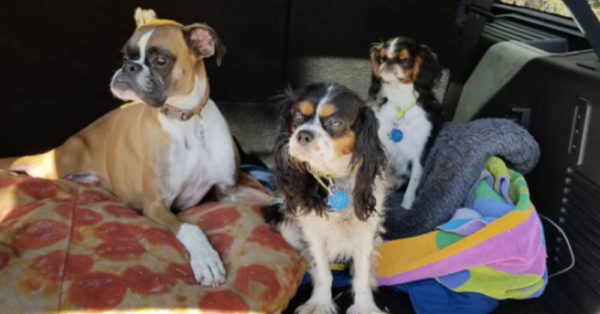 And then a phone call changed everything. A man three miles away, who heard Duncan’s story at a gas station, called Geise to tell her he had sen the dog in a rock quarry. Taking their search to the quarry, Walters and Geise’s daughter, Jade called out to Duncan with a cookie, and he came running.

“I can’t even explain what it was like because I didn’t think I was ever going to see him again,” Walters said. “We would have stayed a month or two months until we found him dead or alive beause he deserves that.”

It’s not the first time Duncan has given his parents reason to worry. In 2015, 3-year-old Duncan collapsed in Geise’s arms, and almost died on the spot, Dogster reports. Were it not for Geise quick maneuvering and knowledge of CPR, he may have been lost at an even earlier age. If you’ve ever been curious about learning CPR for animals, click the link below and read more!