Cats may land on their feet, but dogs aren’t always so lucky.

A brown mutt named Donut learned this the hard way after falling 30 feet from a dumpster inside a garbage incinerator facility. Fortunately, a worker spotted the pup struggling in the debris, and pulled the battered dog to safety.

“It was a very fortunate circumstance for Donut that he was visible on top of the debris at that moment,” Baltimore Animal Rescue and Care Shelter (BARCS) wrote on their website of the dog’s lucky break. 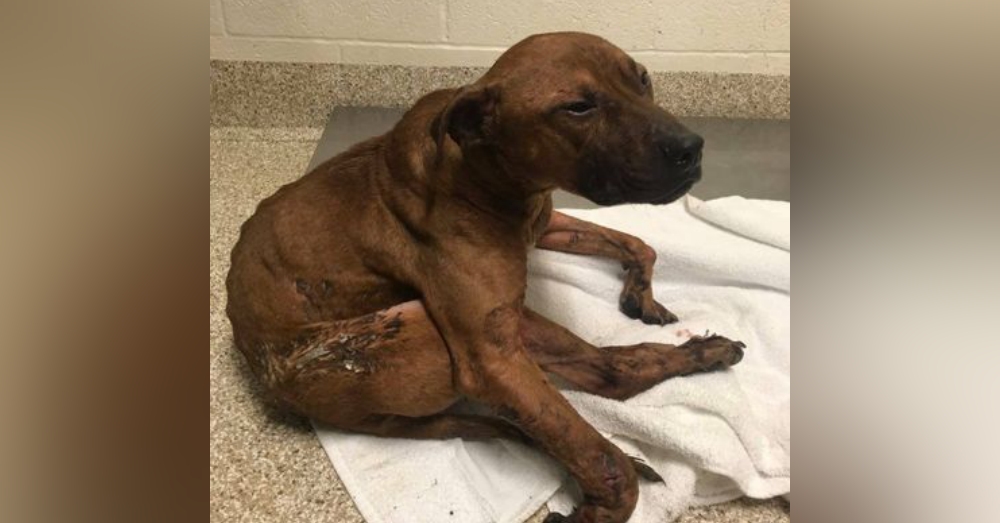 But Donut didn’t escape his close call completely unscathed. The dog suffered multiple cuts, puncture wounds, and “severe injuries” on his front legs, according to rescuers, who also noticed the pup was weak, emaciated, and covered in “severe bite wounds from head to tail.” It was clear poor Donut had been neglected for some time.

“It was discovered at the ER that Donut had injuries both consistent with his fall from the dumpster as well as wounds believed to have happened before Monday morning (mainly bite wounds),” BARCS wrote. “His front legs are very hurt and he is unable to walk on his own. Donut remains under emergency care and will likely need surgery for one or both of his legs.” 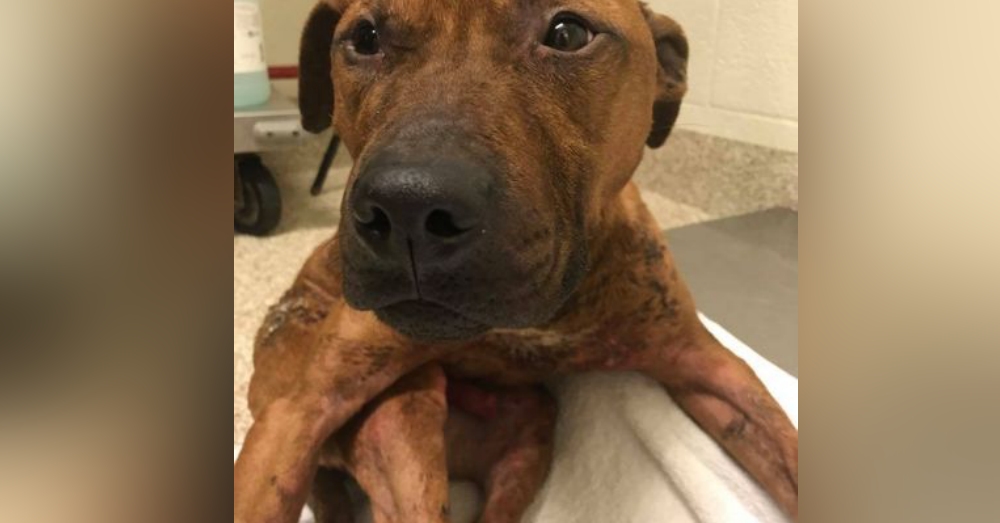 But despite his harrowing ordeal, this sweet pup remained relatively upbeat. And even though the dog couldn’t walk or get around, Donut still managed to thank the rescuers who saved his life with slobbery doggy kisses!

“While Donut physically looked like he was too far gone, he showed us that he still had hope by wagging his tail and trying to move his face close to ours for comfort,” BARCS wrote. “Everyone who helped him Monday morning keeps talking about how all Donut wants to do is give kisses.”

Nobody knows how Donut found himself in the dumpster in the first place, but rescuers are working hard to fund the dog’s treatment, recovery and, ultimately, help find this pooch a forever home. Please visit BARCS’ website if you would like to donate to Donut’s medical fund. 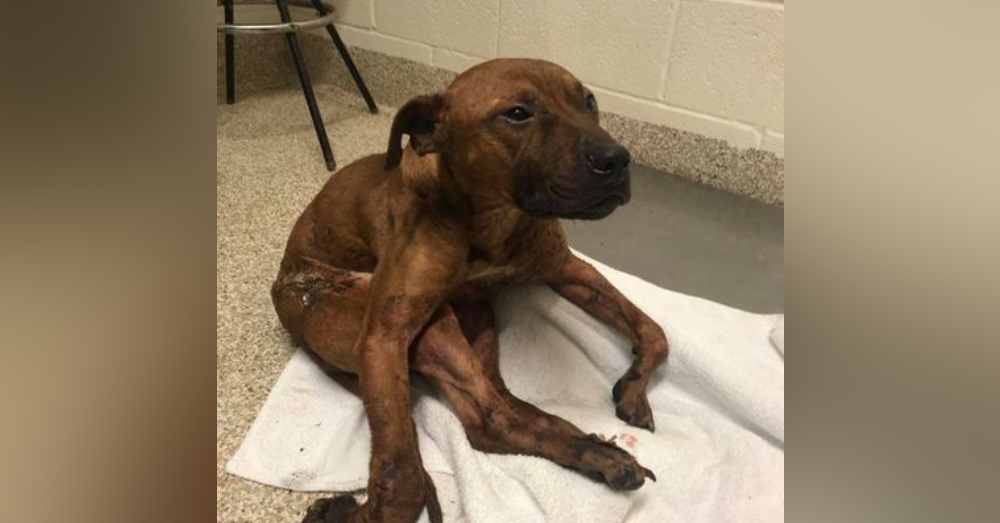 “We don’t know what events led up to Donut being found on the incinerator plant floor yesterday,” rescuers concluded. “Could someone have purposely have thrown him away in those dumpsters? Or did he wander or fall in there on his own? Whatever the circumstance, sweet Donut is now safe—and very lucky to be alive.”